Six exhibitions to see during Art Basel in Hong Kong

Escape fairtigue with gallery shows across the city, from Mary Corse and Louise Bourgeois to Tishan Hsu and Richard Lin Pace Gallery, until 11 May

“For years, I was not accepted at all,” the California-based artist Mary Corse told The Art Newspaper ahead of her first solo museum survey exhibition last year. One of the few women affiliated with the Light and Space movement, Corse is finally getting her art-world due.

Before the second leg of the survey opens in Los Angeles this summer, Pace Gallery is presenting Corse’s first show in Asia; another will follow in Seoul in November. 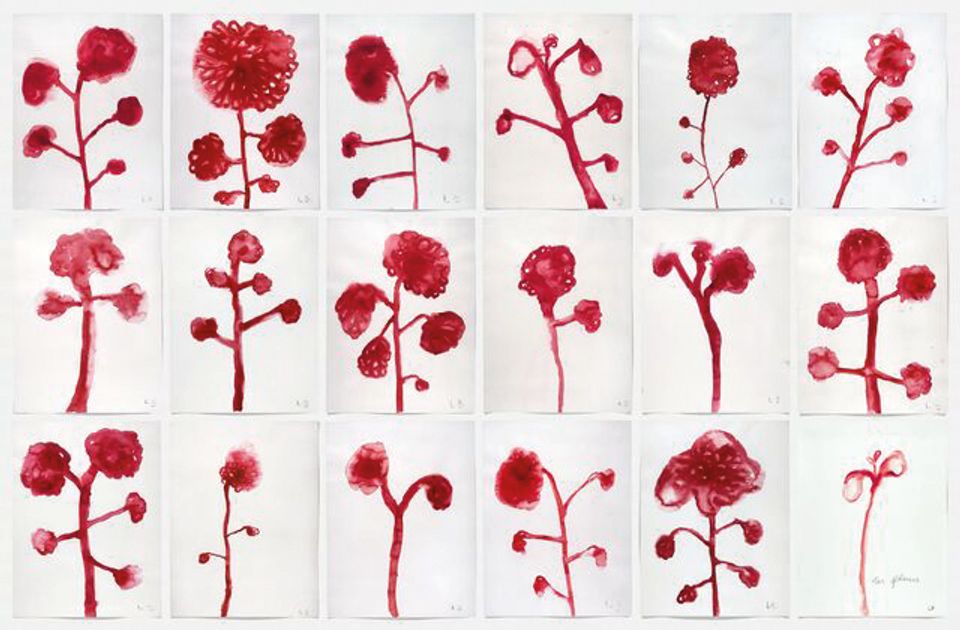 Louise Bourgeois: My Own Voice Wakes Me Up

Taking its title from one of Louise Bourgeois’s writings, this show presents a series of red gouaches, topiary-inspired sculptures and rarely exhibited holograms, all made in the last two decades of the artist’s life. The deeply personal and confessional nature of Bourgeois’s work is a focus of this show, which is organised by Jerry Gorovoy, who worked as her assistant from the early 1980s until her death in 2010. The exhibition coincides with Bourgeois’s first solo show in China, The Eternal Thread, which opened at the Long Museum, Shanghai, and travels this month to the Song Art Museum, Beijing. It is supported by Hauser & Wirth, which represents the artist’s estate. 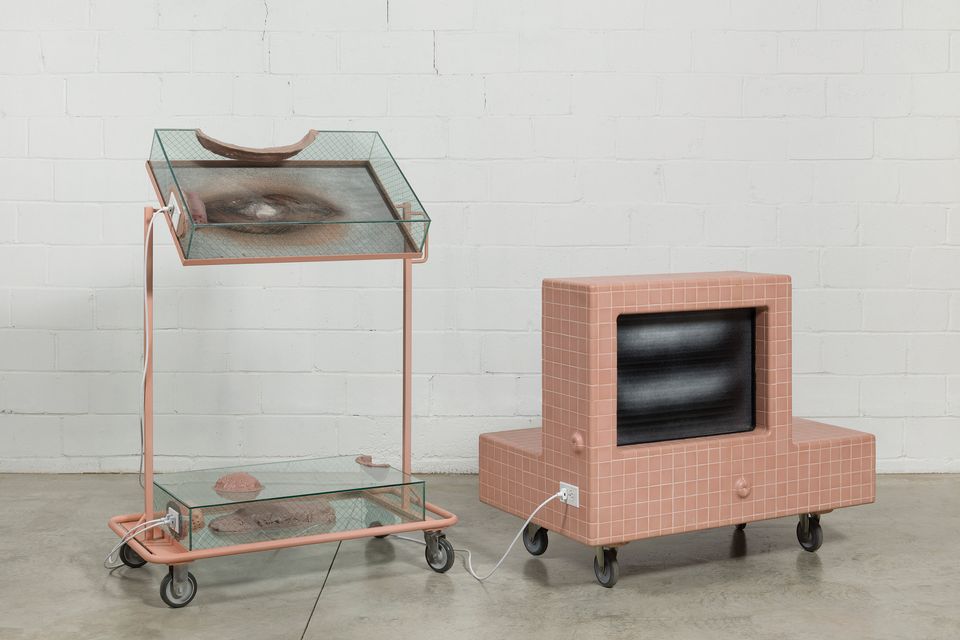 Empty Gallery, until 25 May

The Empty Gallery in Hong Kong is shining a spotlight on the Chinese-American artist Tishan Hsu, who came to prominence in the 1980s but retreated from view in the 1990s. The gallery is staging an exhibition of Hsu’s most recent works at its venue in the Grand Marine Center, and also showing pieces dating from the 1980s and 1990s on its stand at Art Basel in Hong Kong. “We found Tishan, archived his work, and got his studio up and running again,” says Alexander Lau, the gallery director.

In the past few years, Hsu has worked on a project focused on historical photographs discovered in albums of his extended family, examples of which are on show at the Empty Gallery. “The work evolved out of a confluence of events, including the death of my mother in Boston, which precipitated my setting up a studio in Shanghai, where family members who I never knew for most of my life have lived for many years,” Hsu says. Richard Lin (Lin Show-Yu): a Retrospective of Major Works from the 1950s to 70s

Although the Taiwan-born minimalist artist Richard Lin spent more than 50 years living and working in the UK, until recently his work has been little known in the West. However, his Asian market has been on the up since his retrospective in Taipei in 2010, and last September an auction record for his work of HK$9.12m ($1.16m) was set at Sotheby’s Hong Kong. Now Bonhams is holding a special exhibition of his work ahead of the sale of 1.3.1964 – Painting Relief (1964), which was shown at Documenta III in 1964 in Kassel, Germany. The painting will be sold at Bonhams Hong Kong on 27 May, estimate upon request. 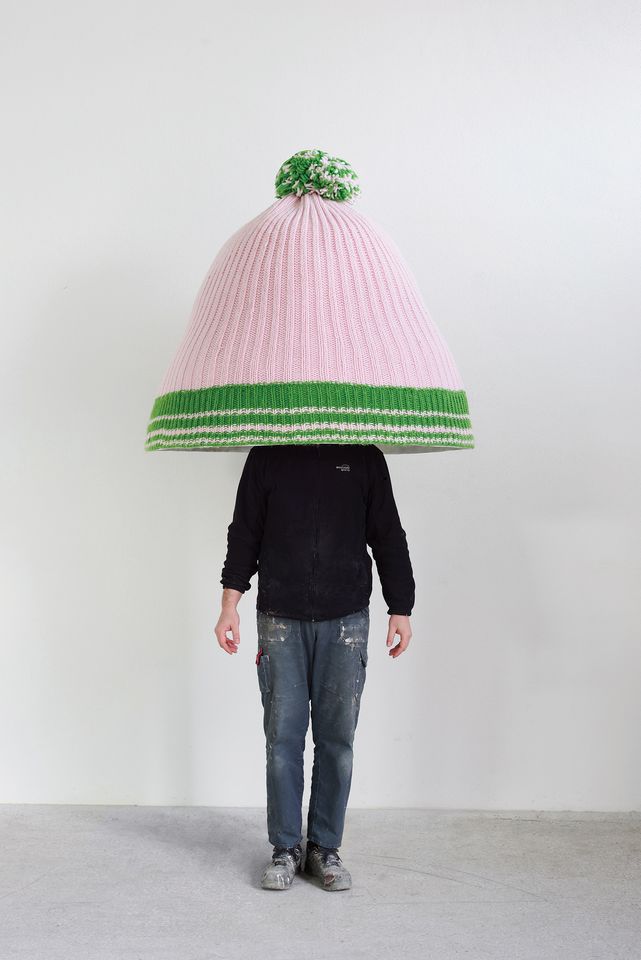 Lehmann Maupin, until 11 May

Anyone who grew up in the early noughties watching MTV will be humming Red Hot Chilli Peppers’ Can’t Stop when they walk around an exhibition of Erwin Wurm’s One Minute Sculptures. The Austrian artist teamed up with the American rock band to create a video for the song in 2003, getting the musicians to present everyday objects in absurd situations. But once you get over the niggling, ahem, ear-Wurm, the artist’s conceptual heft and humour become apparent, for example in his new cast metal sculptures of sausages with human features, on display in this exhibition. And visitors will also get a chance to activate one of Wurm’s One Minute Sculptures—great for all those who want to feel like a Chilli Pepper for the day, or a tea cosy. Performing Society: the Violence of Gender

Tai Kwun Centre for Heritage and Arts, until 28 April

It feels apt that an exhibition on violence is on show at the former Central Police Station compound that is now the Tai Kwun Centre for Heritage and Arts. But the theme is not that literal: the show looks at how societal structures are a form of violence, and how gender norms are defined and imposed. Organised by Susanne Pfeffer, the director of Frankfurt’s Museum für Moderne Kunst, the show features 11 artists, such as Hong Kong’s Wong Ping and Germany’s Anne Imhof, the Golden Lion winner of the 2017 Venice Biennale. With several videos on show depicting scenes of a graphic or sexual nature, parts of the exhibition are age-restricted, including Wong’s animation Who’s the Daddy (2017) which makes references to penises, fisting and abortion.