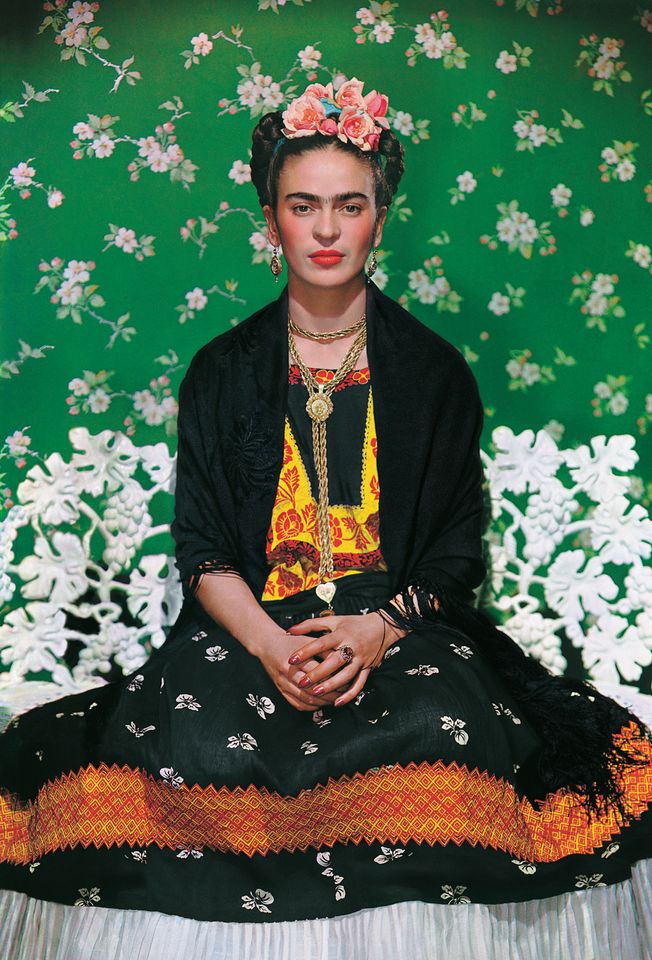 The obsessive observations of Frida Kahlo are revealed in the Victoria and Albert Museum’s (V&A) display of the ever-popular artist’s “secret” wardrobe. The London exhibition marks the first time that Kahlo’s personal items have left the Blue House in Mexico City—the home in which she was born, lived and died, and that is now a museum dedicated to the Mexican artist. A cupboard of clothes and portraits was left sealed after Kahlo’s death—on the instruction of her husband Diego Rivera—and was only opened in 2004, half a century after she died.

The V&A exhibition displays more than 200 objects from this collection, including Kahlo’s clothing, jewellery and a number of self-portraits, as well as films and photos. “A counter-cultural and feminist symbol, this show will offer a powerful insight into how Frida Kahlo constructed her own identity,” says Claire Wilcox, the senior curator of fashion at the V&A. Having suffered from bad health throughout her life, the show also features Kahlo’s medical corsets and prosthetics, which she intricately hand-painted.

One of the objects on show tells the story of how Kahlo might have tested colours for her self-portraits. A necklace made up pre-Columbian jade beads was found by V&A conservators to have a matching green stroke of paint on it. The necklace features in Kahlo’s 1933 Self-Portrait. “It was as though she was trying to match the colour of her paint to this bead for the painting. It looks deliberate; it looks like she’s held her brush against it,” Wilcox says. The necklace, the painting and a photograph of Kahlo in front of her self-portrait will be displayed together in the exhibition.

• Frida Kahlo: Making Her Self Up, Victoria and Albert Museum, 16 June-4 November