From David Bowie in Brooklyn to Zoe Leonard at the Whitney 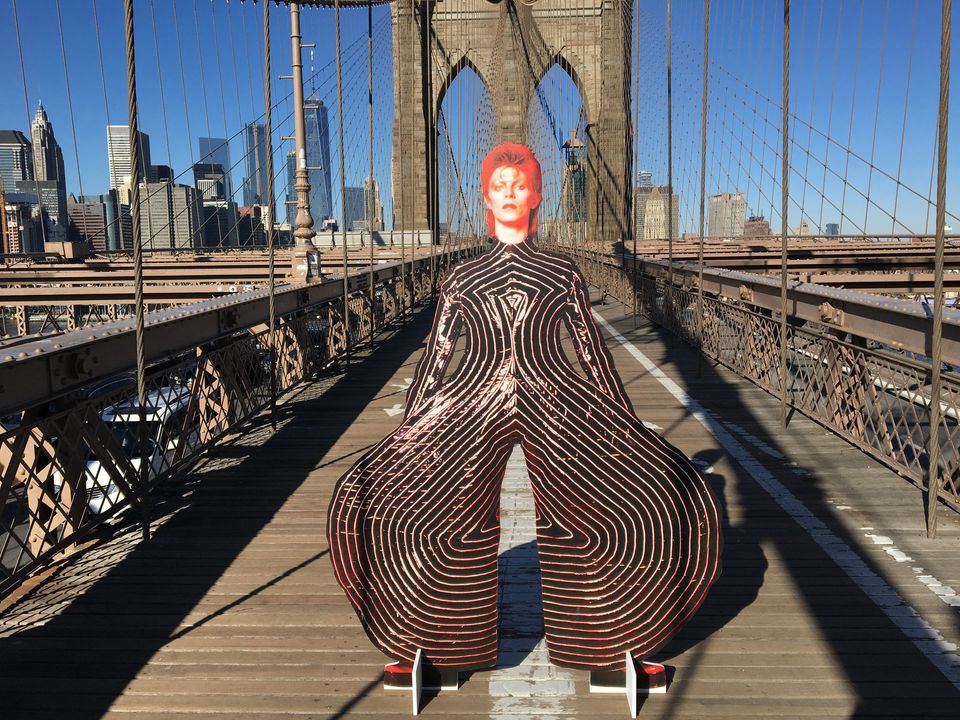 A hit travelling show from the Victoria and Albert Museum in London, this multimedia look at the career of the British musician and performer has been expanded for its final stop at the Brooklyn Museum. Around a fifth of the pieces—more than 400 objects, including costumes, lyric sheets, music videos and photographs, mostly from the David Bowie Archive—are new to the US iteration of the exhibition. They are “things I felt filled out the story in a bigger way”, says Matthew Yokobosky, who organised the presentation in New York. “I was interested in emphasising [Bowie’s] work in America.” New sections are dedicated to the album Blackstar (Bowie’s last, released two days before he died in January 2016); stage and screen performances in New York, such as The Elephant Man (1981); and the 1975 album Young Americans. The Brooklyn Museum’s director, Anne Pasternak, says that Bowie’s commitment to social issues and his fluidity with gender make him a relevant artist who resonates with young people today. Perhaps that’s why, ahead of the show, the museum launched a social media campaign bringing a life-size cutout of the singer on a tour of Bowie’s New York neighbourhood haunts, including stops in Washington Square Park and the streets of SoHo.

The artist’s mid-career retrospective, organised by the Museum of Contemporary Art, Los Angeles, opens first at the Whitney with photography, sculptures and installations from the late 1980s to 2018. It includes Strange Fruit (1992-97), made from discarded orange, banana, avocado and grapefruit skins that Leonard hand-stitched, stapled and otherwise repaired “during a moment of the Aids crisis when whole communities were dying, including the gay community”, says the curator Elisabeth Sherman. The sculptural installation—left to decay and change in public view—has never been lent since the Philadelphia Museum of Art acquired it in 1998. The title comes from the song about the lynching of African-Americans, made famous by Billie Holiday. Both works, says Sherman, raise questions about “whose bodies and lives we value, as well as more universal themes of loss and ageing”.

Museum of Modern Art, until 11 March

This immersive piece by the activist Cuban artist Tania Bruguera was first staged—and swiftly censored— as part of the seventh Havana Biennial nearly two decades ago, at the Cabaña Fortress, a military bunker that served as a holding cell for Cuban prisoners of conscience under Fidel Castro’s regime. Bruguera covered the floor of the subterranean space with rotting sugarcane bagasse (fibrous residue) and illuminated the bunker with a small television on the ceiling showing propaganda videos, while four nude men performed a series of symbolic movements. Installed at MoMA for the first time since the museum acquired it, the work deals with corruption and censorship during the Cuban Revolution, and addresses themes that “are especially important to discuss in the Trump era”, Bruguera says.

Danh Vo: Take My Breath Away

Solomon R. Guggenheim Museum, until 9 May

The historical residues, ruins and ghosts that the Vietnamese-born Danish artist Dahn Vo collects in his work echo throughout his powerful 15-year retrospective at the Guggenheim Museum. Vo uses readymade objects—most of them either directly or indirectly autobiographical—to reveal how global politics encroach on the private, and how the personal is warped by social and economic forces. The French and US political and military interventions in Southeast Asia are repeatedly addressed, most evocatively through a series of letters written by Henry Kissinger, the US national security adviser at the time, to the theatre critic Leonard Lyles, who routinely gave him free tickets. “I would choose your ballets over contemplation of Cambodia any day,” one reads, alluding to the covert military campaign that inflicted thousands of civilian casualties. This “fits perfectly into the time we live in, in the sense that all the brutalities are hidden under these neat surfaces”, Vo says in an interview with the museum.

New Museum of Contemporary Art, until 27 May

The New Museum Triennial has previously billed itself as a predictive rather than retrospective exhibition of contemporary art. However, for the fourth edition, titled Songs for Sabotage, the co-curators Gary Carrion-Murayari and Alex Gartenfeld are aiming to emphasise the present. As Carrion-Murayari explains: “The artists we find most compelling at this moment are the artists who are trying to confront issues that resonate with us now.” To that end, the 26 artists in the exhibition produced works in a variety of media with a pressing sense of urgency. “Every artist we picked has a certain degree of political and social engagement,” Carrion-Murayari says. This is at once local and international. The US artist Violet Dennison, for instance, has covered a wall with dying seagrasses pulled from the beaches of Miami, Florida, as a commentary on global industrial production and its impact on the world’s oceans. Daniela Ortiz’s series of ceramic sculptures is likewise timely. The Peruvian artist, who is based in Spain, has envisioned new public monuments for Lima, Barcelona and New York that salute indigenous community leaders. “It’s something that obviously resonates with discussions we’re having here about monuments in the US,” Carrion-Murayari says.