How Delacroix went from lycée dropout to establishment favourite 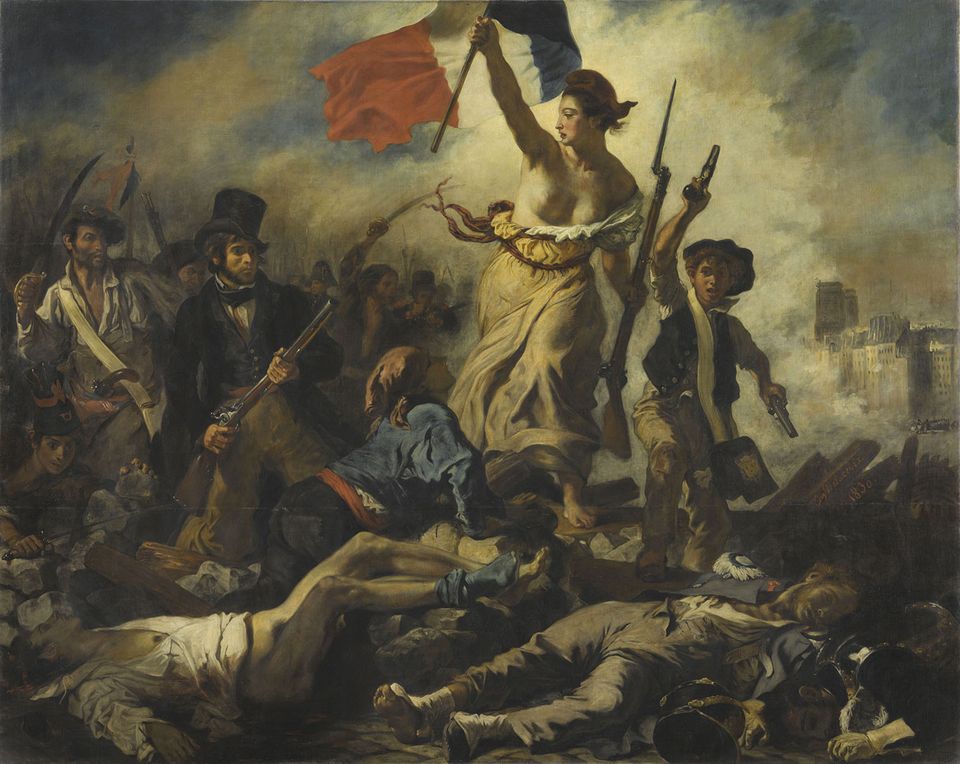 Eugène Delacroix’s life and career laid down the prototype of the “Romantic artist” that so many have followed ever since: from rancorous rebel to pillar of the establishment.

Born into the professional bourgeoisie, Delacroix was educated at the elite Lycée Nationale, but dropped out to take up the less than respectable career of painting. He later fell out with his teacher, Pierre Guérin, and his school, the Ecole des Beaux-Arts, preferring to develop his own methods.

Delacroix burst on to the art world with a series of succès de scandale at the Salons: in 1824, he showed The Massacre at Chios, which was innovative in its depiction of a contemporary rather than historical event, with allusions to the repressive Restoration monarchy; in 1827, The Death of Sardanapalus, which was a shocking celebration of death and eros; and in 1831, Liberty Leading the People, depicting a contemporary demonstration against the Bourbon dynasty.

Although politically and aesthetically radical, Delacroix was nonetheless recognised as a pioneer: his heterodox, anti-David and anti-Académie idiom of free brushwork, guided by Venetian Old Master colour rather than the beau métier of draughtsmanship, found many admirers who understood and appreciated what he was doing. He was lionised by many of the leading intellectuals of the day, including Charles Baudelaire, George Sand and Frédéric Chopin. 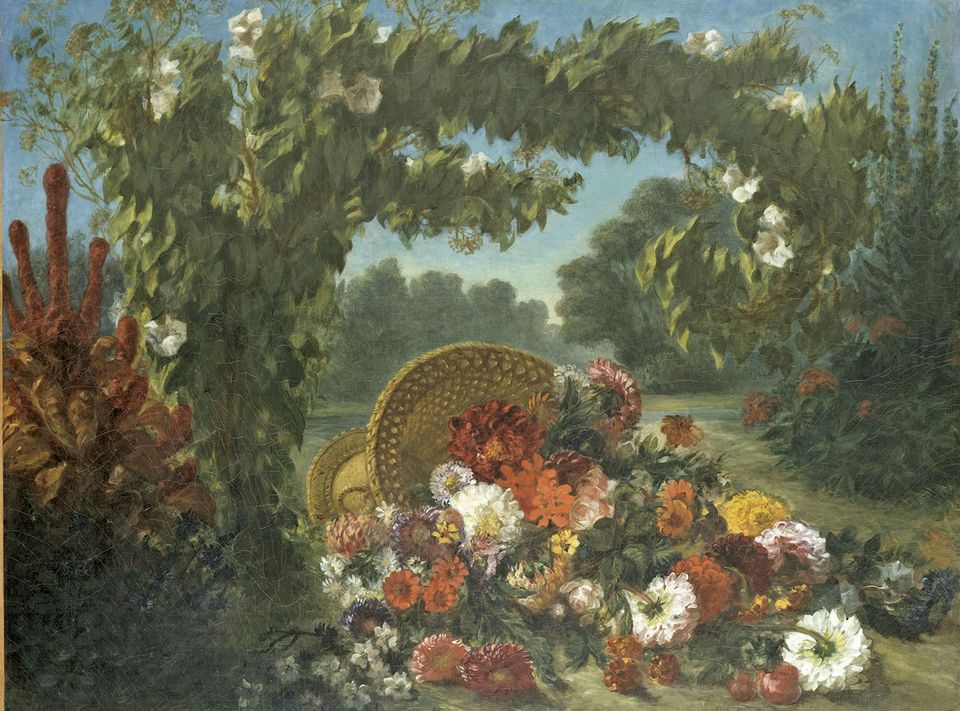 Delacroix also drew on fashionable writers for subject matter—Shakespeare, Walter Scott, Goethe and Byron—and painted Orientalist subjects drawn from his travels in the 1830s through North Africa and Spain, which were well received.

From the mid-1830s he was embraced by successive governments that called on him for major works at such distinguished Parisian institutions as the Musée de l’Histoire de France, the Chambre des Députés, the Senate and the Louvre. Failing health led him to retire to the countryside where he ended his career making lithographs of literary subjects, and paintings of savage wild animals and of flowers.

Delacroix (1798-1863) at the Musée du Louvre presents 180 works that illustrate the trajectory of Delacroix’s oeuvre. It is organised in collaboration with the Metropolitan Museum of Art, New York, where it will travel to later this year. The show is sponsored by the Caisse d’Epargne, the Kinoshita Group and the Bouygues Bâtiment Ile-de-France. The 480-page catalogue in French is published by the Louvre and Editions Hazan.