Basilea: Turn on, tune in and chill at the Messeplatz 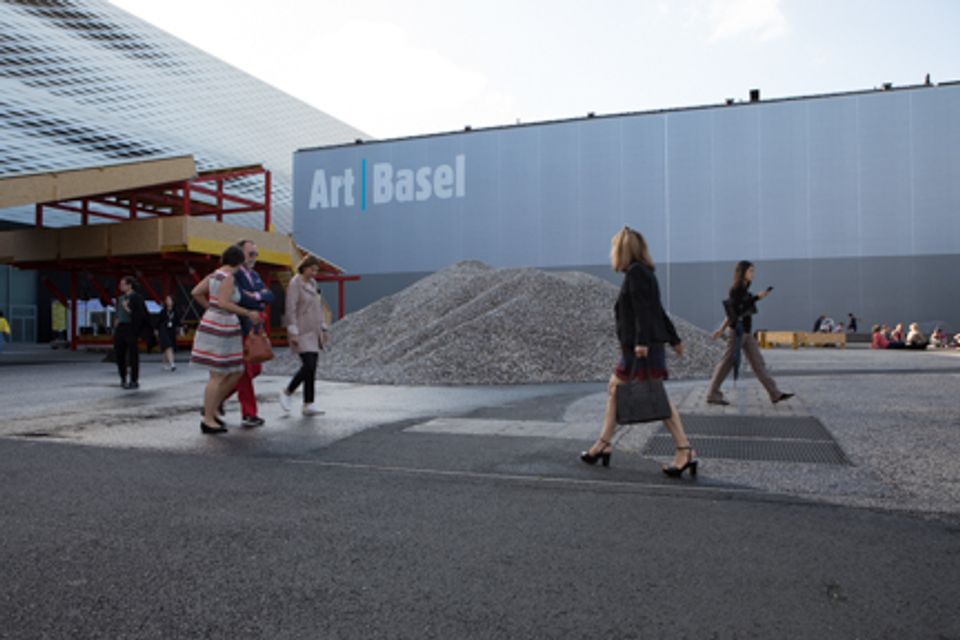 The New York-based public art organiser Creative Time is creating its first international commission for this year’s Art Basel Messeplatz project. For Basilea, the US group’s senior curator, Elvira Dyangani Ose, has selected three artists and architects to create a work that asks: “What makes a place, any place, a city; what is our relationship to it; and how can we, collectively, intervene in it, transform it, live in it together?”

The three-part project involves the construction of a temporary pavilion-like structure, as well as an installation and a performance-based work. The Spanish architecture collective Recetas Urbanas (Urban Recipes), led by Santiago Cirugeda, has worked with local volunteers to design and build the multi-purpose building, which resembles a small auditorium. Lara Almárcegui, a Spanish artist represented by the Paris-based gallery Mor Charpentier and Galería Parra & Romero of Madrid, has created a large-scale installation made of pebble deposits that will grow in volume each day of the fair to reflect the amount of material extracted from quarries in Basel during this period. Finally, the US-based performance artist and DJ Isabel Lewis is activating the spaces within and around the new construction with a series of lively experiences that she calls “occasions”.

“The whole idea is to use both architecture and the kind of conversations and workshops that Isabel Lewis is doing to bring people together and to talk about the use of public space… to have part of the project be the making of the project,” Dyangani Ose says. “The processes are open for the public to engage with.” She says that Lewis’s interventions, such as meditations, lunchtime talks and “urban flourishing” practices, are “the core of the activities” taking place throughout the week.

The performance artist and DJ on her contribution to Basilea

The Messeplatz commission is described as an immersive project. What will your contribution be?

There will be a daily programme of public workshops, staged conversations, events and music. The schedule will be made available on-site, and I have a team of facilitators who will help to inform and orient visitors. I will engage with the structure created by Recetas Urbanas as part of that landscape, but the scale on which I am creating the activations is expansive in all directions. I will engage not only the surface of the Messeplatz, but the surfaces and levels of surrounding structures, as well as the interstitial areas around the building of the Messe itself.

What are the differences between your usual practice and working in an art-fair environment?

An important aspect of my working method is reading the particularity of each location and situation, the systems of value that are at play, and what kinds of internal cultures they produce. The fair proposes a certain standardisation of behaviours that go along with the buying and selling of art. The scale of the fair and the brevity of its timeframe propose an accelerated pace of reception. In such a situation, we rely on our visual sense as the primary mode of reception; my work finds ways of opening up other modes of perception and experience. During Art Basel, my work will offer visitors the option of participating in a variety of ways; of tuning the senses differently and slowing down.