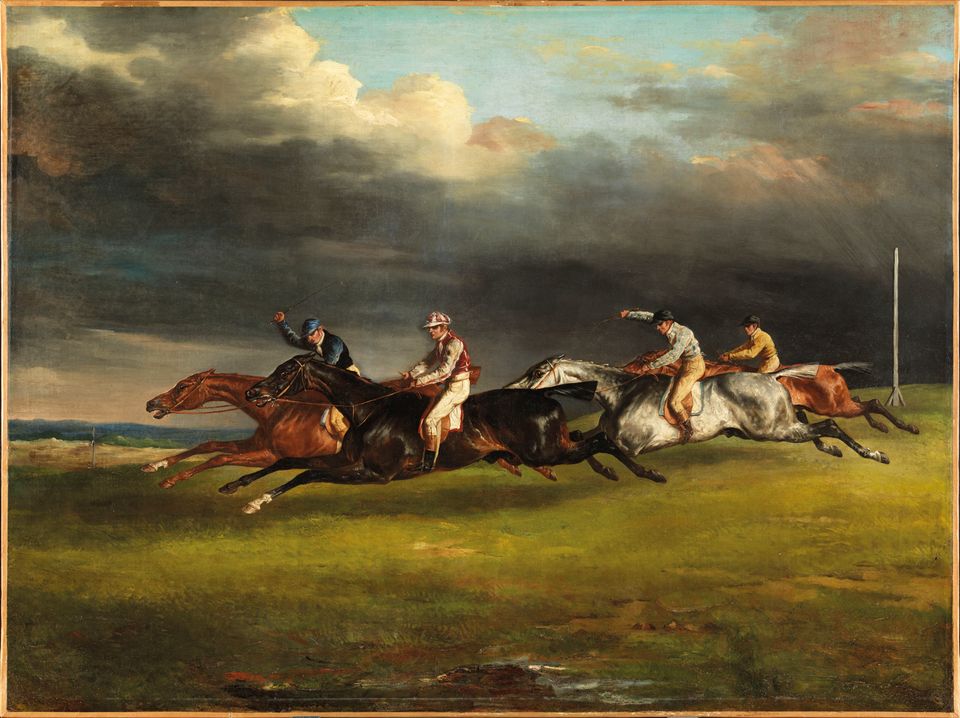 Animals moving at speed make a cruel yet addictive mistress for artists. Horse racing, where horseflesh combines with the curious societal mix of the crowd, proved a captivating subject matter for French and British artists throughout the 18th and 19th centuries, as illustrated by Painting the Races, the first exhibition concentrating on the development of the horse race painting tradition.

Chantilly, the spiritual home of French racing, makes a fitting location for the show of around 70 works (including paintings, drawings, sculptures, photographs and films), with a focus on George Stubbs, Théodore Géricault and Edgar Degas.

Organised in collaboration with the Museum of the Horse, the exhibition aims “to underline the equestrian culture and deep identity of the city”, says the co-curator Henri Loyrette. This is a peculiarly Franco-British obsession and is “a reflection of a specific equine culture, found in France and England”, Loyrette says. It was also lucrative: “Artists chose to depict horse races in order to expand their clientele,” Loyrette adds.

The show opens with anatomical studies and racing scenes by Stubbs, father of English sporting art, and makes the case for the influence of this British tradition upon French painters, specifically Géricault, as illustrated by the enormous Epsom Derby (on loan from the Louvre) painted by the French artist after training in London.

The exhibition also explores Degas’ use of racing as a means of reflecting the birth of modernity, which is carried on by artists such as Édouard Manet, Ernest Meissonier and Henri de Toulouse-Lautrec. In a nod to the birth of cinema, a film by Eadweard Muybridge of a horse galloping will be screened in the final room. In the age of the horseless carriage, capturing the horse in flight continued to be a metaphor for progress and modernity.

The main sponsor of the exhibition is the Swiss watchmaker Longines.