Images of the Kennedys, Martin Luther King Jr. and the Watergate scandal go on show at the Barnes Foundation in Philadelphia 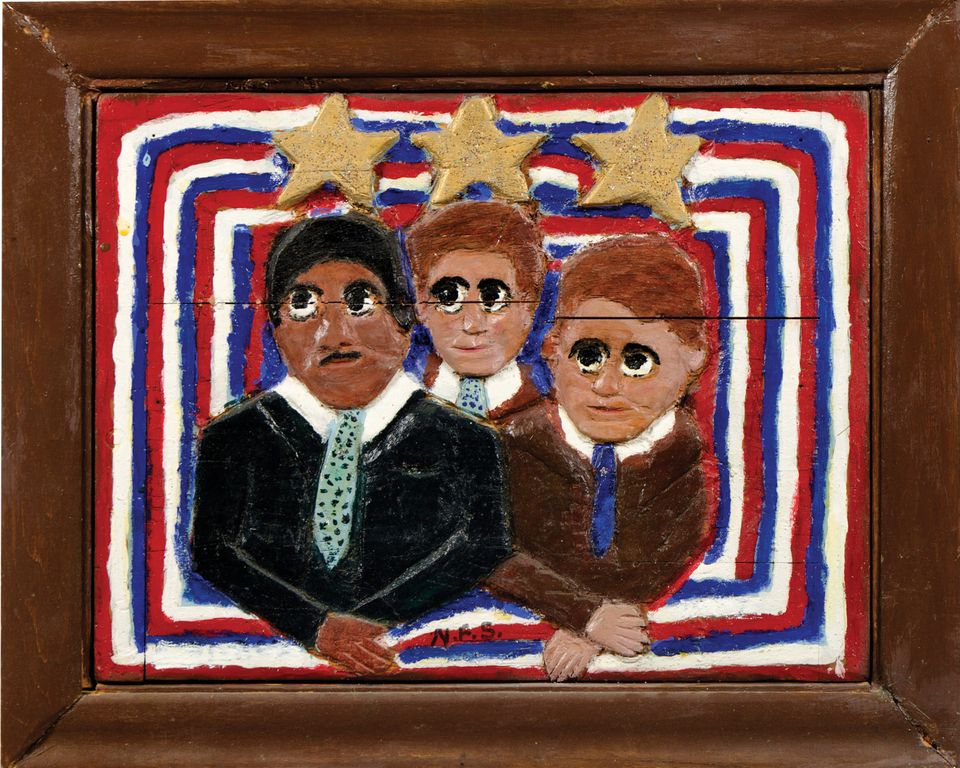 The woodcarvings of the US artist Elijah Pierce (1892-1984) are usually relegated to the folk art departments of museums. But when Nancy Ireson, the chief curator of Philadelphia’s Barnes Foundation, first saw them in 2018 she was amazed she had not encountered the work before. Ireson asked her fellow curator Zoé Whitley, the director of London’s Chisenhale Gallery, what she knew about Pierce. “Neither of us had come across his carvings in the siloed contexts of so-called ‘fine art’ exhibitions of 19th and 20th century artists,” Whitley says.

The pair began researching Pierce’s work and have co-curated Elijah Pierce’s America, an exhibition at the Barnes Foundation of around 100 works created between 1923 and 1979. It is his first major survey since a 1993 show mounted by the Columbus Museum of Art in Pierce’s Ohio hometown. 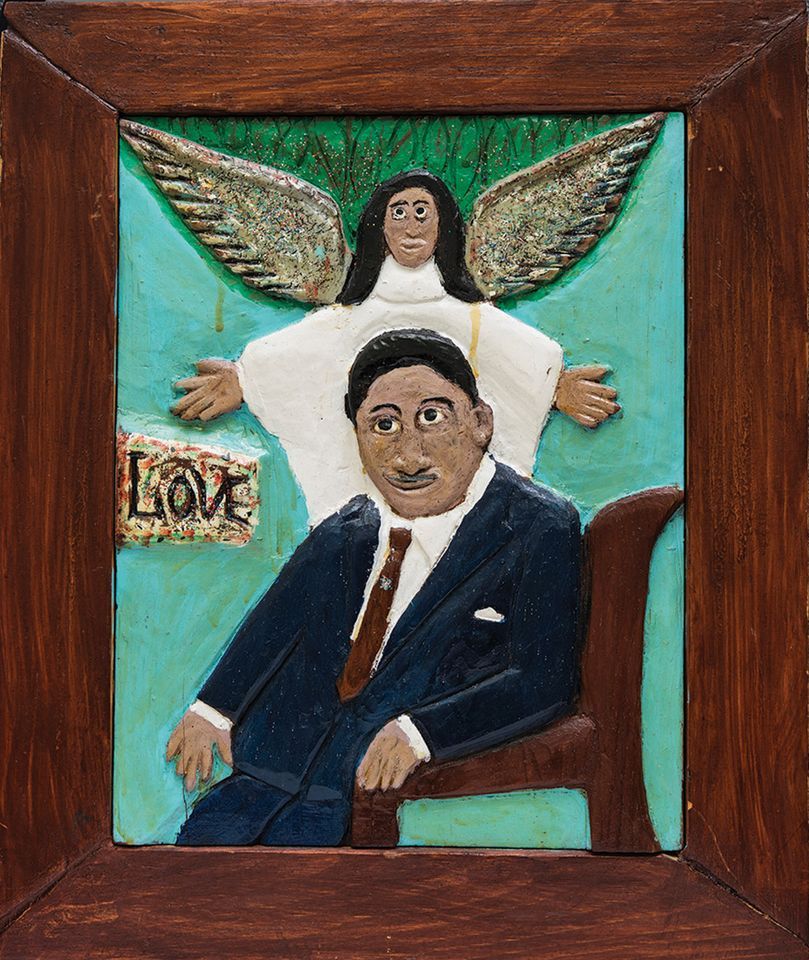 Born in Mississippi to formerly enslaved parents, Pierce’s lifetime spanned segregation, the civil rights movement and the rise of American popular culture. “My carvings look nice,” Pierce once said, “but if they don’t have a story behind them, what’s the use of them?” He moulded portraits of Martin Luther King Jr., the house he was born in, scenes from the New Testament, and images of slavery and brutality. Pierce then brightly painted these carvings, sometimes adding glitter, pearls, shells and rhinestones. “Every piece of work I carve is a message, a sermon,” he said.

The artist often made composite scenes that were later sold separately as individual works. Since this exhibition draws from multiple public and private collections, a monumental work called Joy (around 1930s-40s) will be reassembled and displayed in a major institution for the first time. 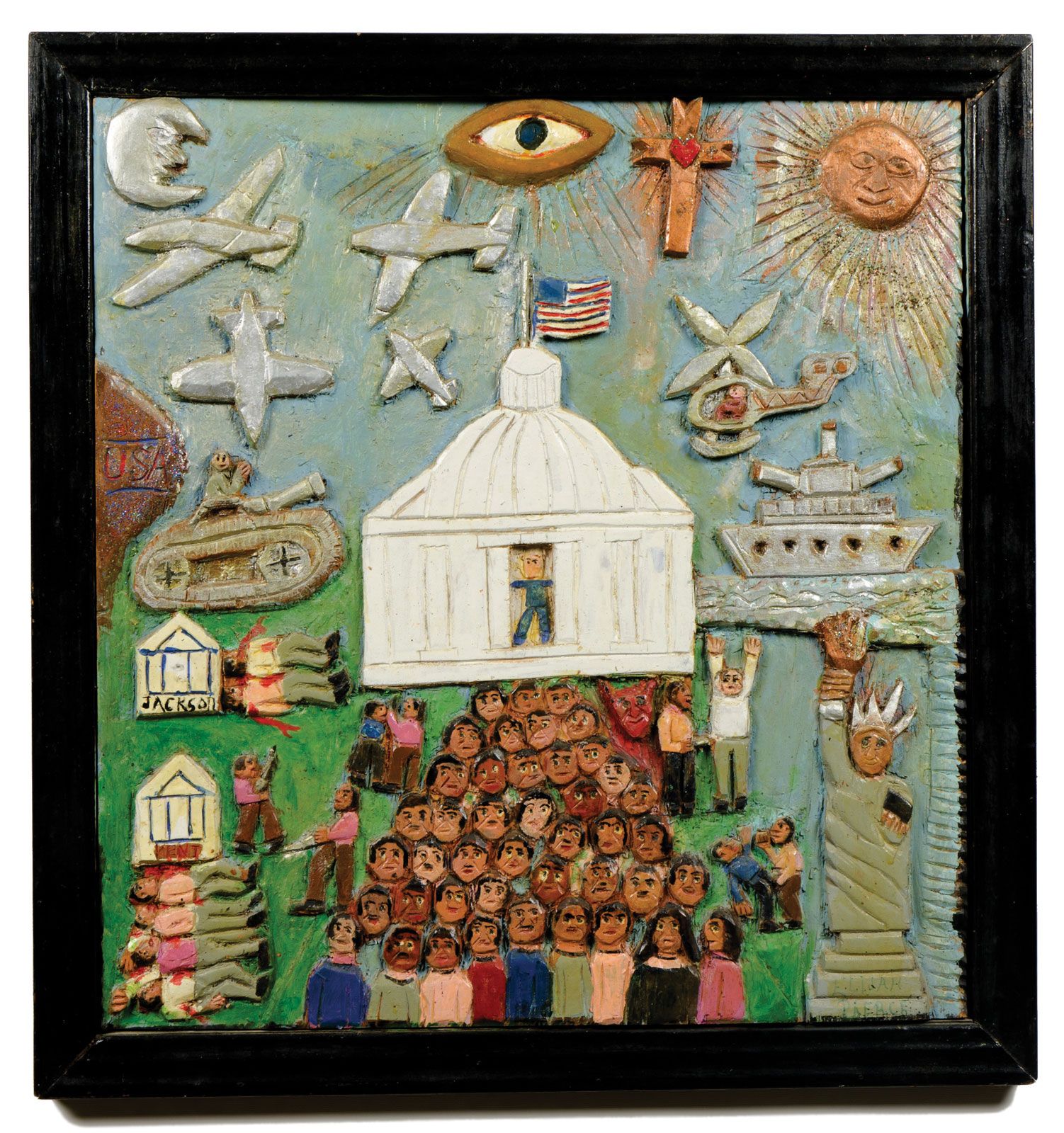 Elijah Pierce's Watergate (around 1975) Courtesy of Columbus Museum of Art

“[Henri] Rousseau was self-taught, as was [Paul]Gauguin. Yet each are taken on their own merits,” notes Whitley of Pierce’s categorisation as a self-taught or folk artist. “To present Elijah Pierce in the contexts of his own making is to share with audiences an original and talented contributor to American visual culture and to the history of art-making.”

The show is sponsored by Northern Trust, Comcast and the National Endowment for the Arts.