Young, gifted and back: Liste drops the layout labyrinth

More than 70 galleries will show at the fair's 24th edition 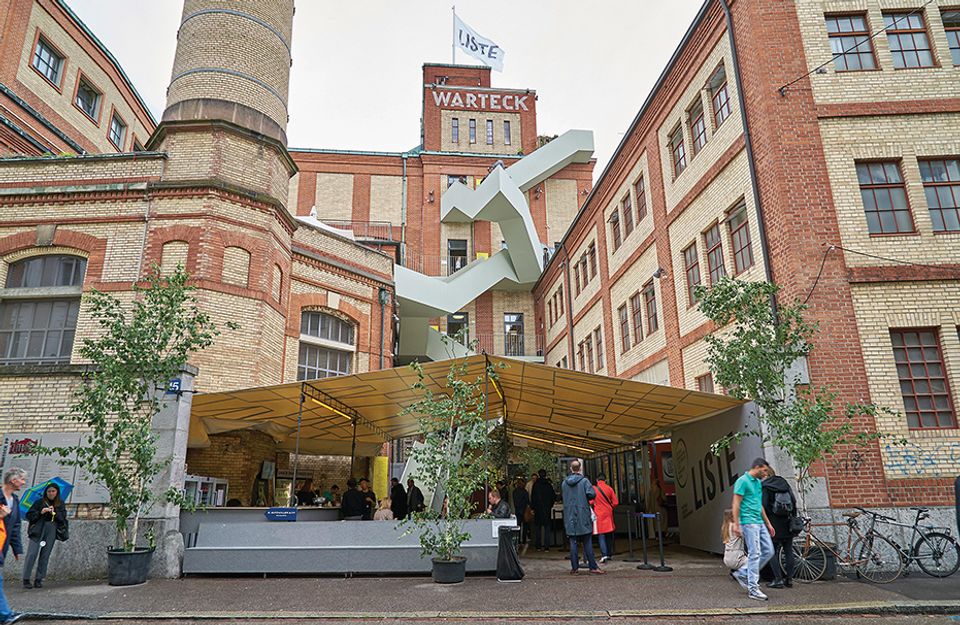 With its unofficial title of The Young Art Fair in Basel, Liste Art Fair (10-16 June) touts itself as a platform for emerging (and arguably hipper) galleries that might lack the experience and funds for Art Basel. This year, making their Liste debuts are fair director Joanna Kamm and 21 galleries, including New York’s Company Gallery.

Kamm, a former dealer who founded the Berlin-based Galerie Kamm in 2001, says her first fair is “not about turning Liste upside-down” but making small adjustments, starting with a simplification of Liste’s notoriously winding layout—a result of its location in the angular former Warteck brewery. She is also intent on achieving a “more or less” equal ratio of male to female artists.

The 77 galleries showing at Liste’s 24th edition come from 33 countries, including Dastan’s Basement from Iran and Good Weather in North Little Rock, Arkansas. And for two galleries—Sandwich from Bucharest and Sweetwater from Berlin—Liste 2019 will be their first ever fair.

Returning to Liste for its fourth year is London’s Arcadia Missa which is collaborating with Berlin’s Sandy Brown gallery to present the works of UK artist Penny Goring. Her newer works are priced from just under £10,000, with older works such as me, me, me, me (1992), which showed last year at Tate St. Ives, going for around £30,000.

Arcadia Missa has graduated from Liste newcomer to stalwart, and with each year it has exhibited, its financial contribution has increased. This is due to the fair’s unusual stand pricing structure, offering “discounted” prices for newcomers in an effort to encourage emerging galleries to participate, with prices increasing the more a gallery exhibits. The age of the gallery and the artists exhibited also play a role in deciding stand fees, with the lowest priced stand costing CHF6,800 and the highest CHF16,000.