A catalogue demonstrates Boucher’s mastery of the 'Chinese' taste 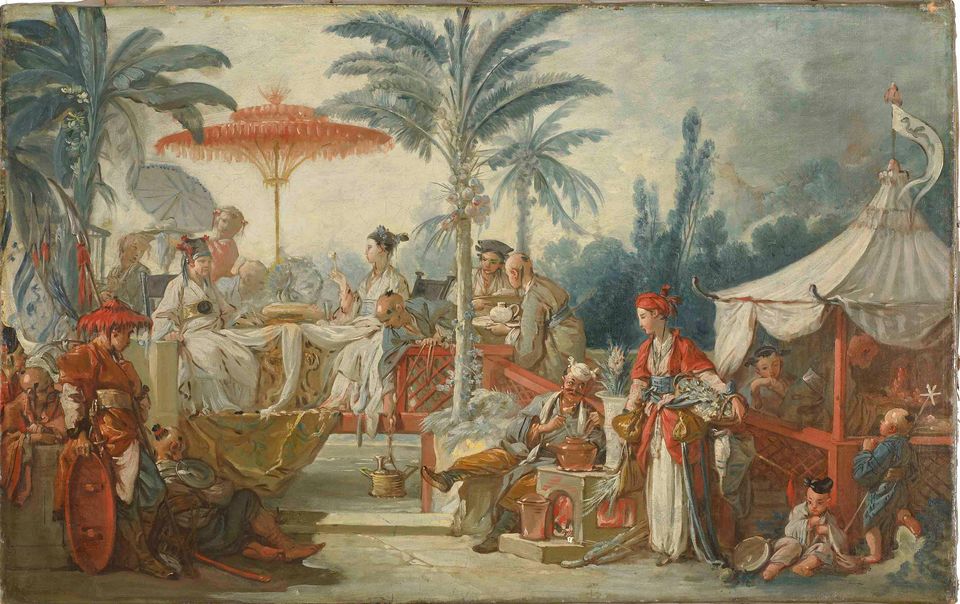 The taste for all things Chinese swept Europe in the first half of the 18th century producing a flood of imports, but also home-grown adaptations or borrowings, so memorably anathematised by Edward Said and his post-colonialist epigones to this day. This book of essays is concerned with only one aspect of chinoiserie, namely François Boucher’s decade-long engagement with its themes and figures.

From 1731 to approximately 1757 he painted, drew and engraved “Chinese” subjects (chinoiserie was never a sociological or anthropological enterprise, but an aesthetic taste for imaginary figures), including ten paintings made in 1742 as models for the tapestry manufactory at Beauvais on imaginary scenes of the occasions at the imperial Chinese court (shown above, his The Emperor of China at Table). These are now in the Musée de Besançon to which they came as a bequest in 1819 from Pierre-Adrien Pâris (who had bought them at the sale of his father’s estate in 1786, by which time chinoiserie and Boucher had both fallen out of fashion).

The taste for things “Chinese” had its roots in the Grand Siècle, but it was in the years of peace after 1714 that trade with the Far East resumed and the French economy boomed (the royal bank being saved by the Scottish banker, John Law). With money to spare, the noble and aristocratic classes devoted themselves to leisure pursuits, not least living comfortably in their Parisian hôtels particulières (town houses). These were furnished à la petit gout—small paintings, bronzes, lacquered furniture, ivories, porcelain, musical instruments and various other objets d’art in the Chinese style.

This catalogue which accompanied the exhibition, La Chine rêvée de François Boucher at the Musée des Beaux-Arts et d’Archéologie de Besançon earlier this year, examines in detail the several aspects of how this particular taste was able “faire de la Chine une des provinces du rococo”, as the Goncourt brothers so memorably summed it up.