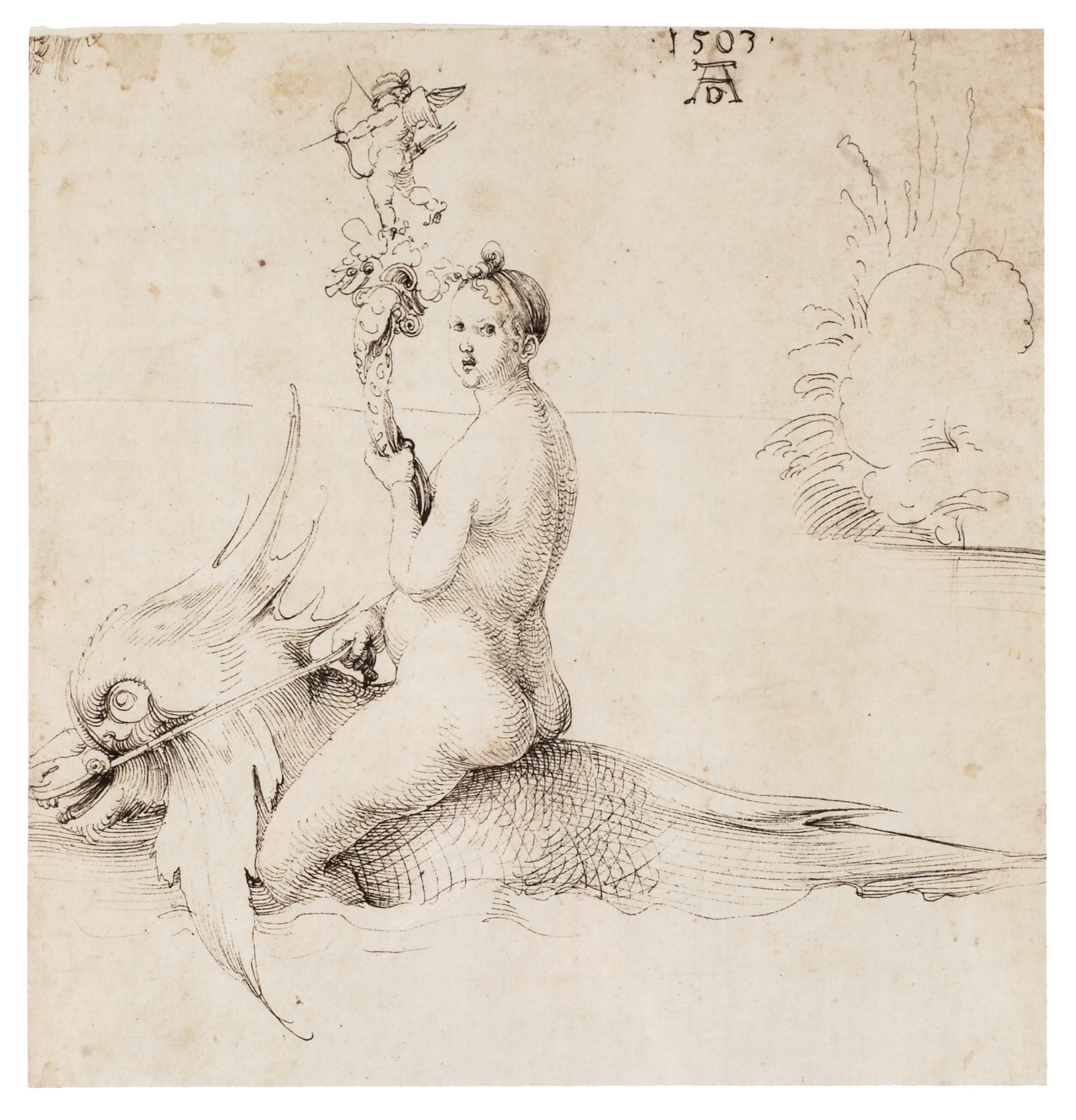 Few European artists did more to ensure the ubiquity of the putto (little ancient winged god in the form of a child) as an artistic device than Albrecht Dürer. He used them prolifically in paintings, prints, woodcuts and drawings; and he used them in a wider range of contexts than most other contemporaries. They appear in Christian images and in secular works, such as his numerous plans for gates of honour or triumphal chariots. They also appear in virtually all his work that depicted mythological motifs.

In Dürer, one might say, the 13th-century Italian rediscovery of the putto reached its conclusion, paving the way for these intriguing figures to become enduring clichés until the end of the 18th century. Their complex history was outlined in Charles Dempsey’s Inventing the Renaissance Putto (2001) and it is now recounted in greater detail and with many more sumptuous colour illustrations in Rainer Hoffmann’s superb new book on putti.

By the sixth and fifth centuries BC the original singular god Eros had been transformed into the plural Erotes, a collective of winged gods associated with love and sexual intercourse. They became associated with a wide range of themes and decorative purposes. On elaborate sarcophagi they accompany, lament, and remember the departed. In other images they celebrate grain or wine harvests, race with wild animals, play games or music, hold curtains or garlands, or act as the servants and messengers of love.

The establishment of Christianity banished the heathen Erotes, but they returned gradually between about 1250 and 1350 with the re-discovery of ancient art. By the 15th century, putti angels had become a staple of the Italian repertoire: Donatello employed them in both secular and religious productions, while Mantegna was perhaps the first exponent of the putti-mania that soon took hold all over Europe.

In 1550 Vasari sneered at the “tedesca maniera vecchia” (old German style). Yet by then key elements of the Italian style had been translated north of the Alps and married with the indigenous styles and traditions of the Netherlands and Germany. As Hoffmann concedes, it is difficult to attribute this to any one individual. Cranach the Elder, Matthias Grünewald, Albrecht Altdorfer, Hans Baldung Grien, the two Holbeins, and many others, all contributed. Yet few were as prolific and diverse as Dürer, or so perpetually concerned to give a state-of-the-art Italian phrasing to his work, while domesticating it for his German audience.

Hoffmann’s survey of Dürer’s putti, accompanied by 91 illustrations of Dürer’s work with 74 highlighting the work of his contemporaries, is exhaustive and highly instructive. The largest category by far comprises the Christian motifs, most illustrating the lives of Mary and of Christ. Here they were invariably depicted as angels, with or without wings, naked or clothed, sometimes as full-figures, sometimes as winged cherubim-seraphim-style angel-heads. The media include works on paper and the altarpieces he painted throughout his career.

By their very nature as the progeny of Eros or as angels, putti had a transcendent or sacral character, near to both heaven and earth, but not quite of either. Even in Dürer’s images of earthly or worldly themes, his putti appear as more or less heavenly entities, almost always with wings. Whether in book illustrations depicting jousts, in his allegorical drawings, in his design for a gate of honour for Maximilian I (1515) or for a triumphal chariot (1522), the putti are still recognisably related to those of his religious works.

This might lead one to assume that Dürer was a master of the Christian putto. Yet his treatment of mythological motifs reveals something very different. Here Dürer reached back to the origins of the Erotes, to depict non-angelic putti without wings in his images of The Death of Orpheus (1494) or Samson’s Struggle against the Philistines (1510). Yet he adapted his style of depiction to his subject matter. In his print The Witch (around 1498) the putti are winged angels, as they are in his Martyrdom of St Catherine (1498) and his Apocalypse prints (1497-98). The putti in these works of the 1490s, Hoffmann suggests, reflect Dürer’s intense preoccupation with Italian styles in these years.

Dürer copied and adapted the Italian style throughout his oeuvre. Yet he never lost sight of the ancient origins of the putto. Perhaps the most ravishing of his putti is also the most pure and authentic, and the one with which Hoffmann concludes. The drawing Venus Riding a Dolphin (1503), now in the Albertina at Vienna, shows Venus holding a horn of plenty on which struts a young naked, winged, blindfolded putto, with bow drawn, poised to release his arrow. Venus, the goddess of love thus proudly displays her son Eros and stares directly at the observer. Her message seems clear: you could be next.