Twin shows finally give Victor Willing the recognition he deserves 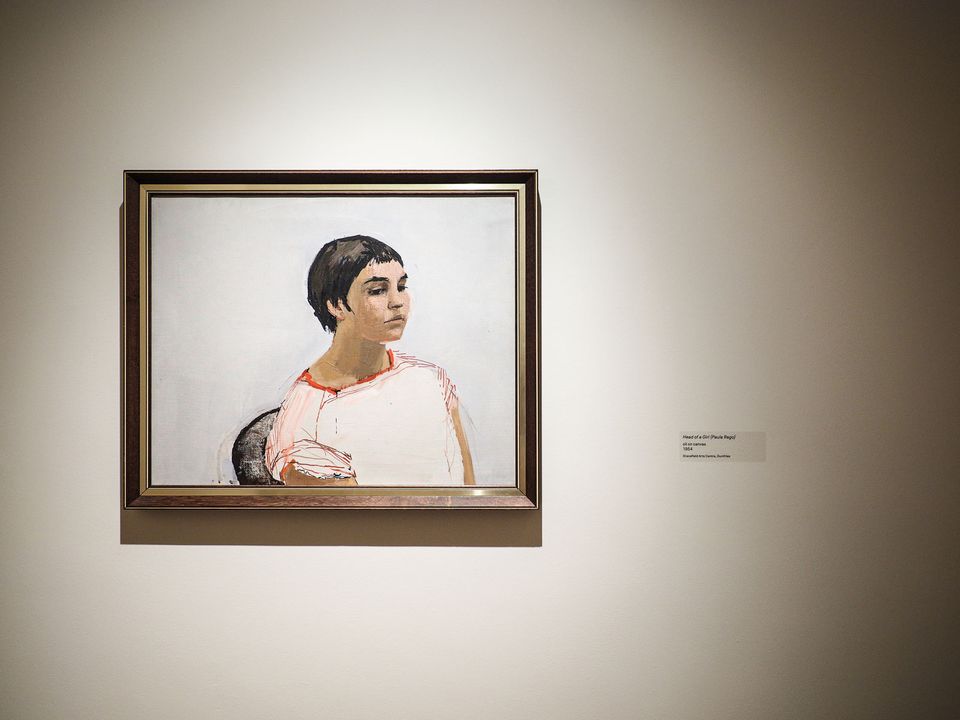 In 1986 Victor Willing had an exhibition that under other circumstances would have been career making. Championed by Nicholas Serota, then at the end of his triumphant stretch as director, the Whitechapel Gallery, presented a survey of Willing’s painting and sculpture, indicating the early promise that had come to fruition since his late 40s.

As it happened, Willing would only have one further show—the following year, with Karsten Schubert. By then, it was over 20 years since he had been diagnosed with multiple sclerosis. He held a brush only with great difficulty. When he completed the portrait of an imaginary girl—Une Autre Femme—in 1987 he knew it would be his final painting.

There have been no exhibitions since Willing died, aged 60, in 1988. Now, suddenly, there are two: at Hastings Contemporary on England’s south coast, and at Turps, a small London gallery associated with a painter’s school and magazine. The timing was at first coincidental but for practical purposes the shows aligned. They coincide, too, with a broader resurgence of interest in British painting in the figurative-ish vein, both contemporary (in Hayward Touring’s new survey Slow Painting, recently opened at Leeds Art Gallery) and Modern. Certainly the interest of Turps marks Willing as a painter to which others look. 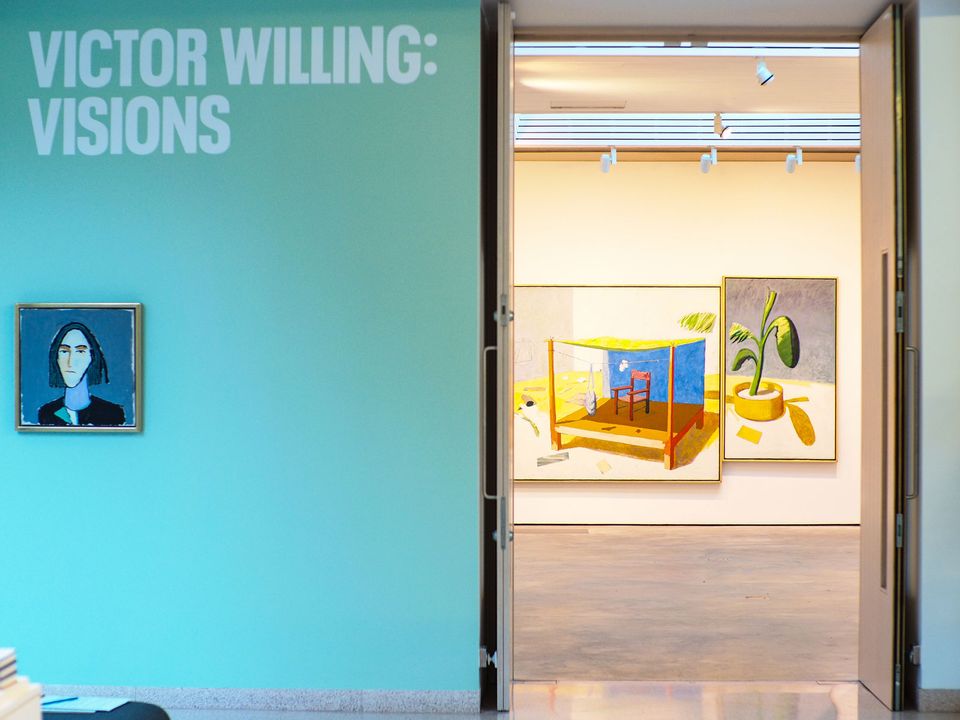 Willing studied at Slade during the exacting tenure of William Coldstream. Charismatic and intellectually nimble, he distinguished himself within a brilliant generation that included Elisabeth Frink, Michael Andrews, Euan Uglow and his future wife Paula Rego. Coldstream taught as he practised, dedicated to slow and meticulous observation from life. Willing complied in his own style, casting a sculptor’s eye over bodies that he positioned at mid-distance within tightly contained spaces or against jarring colour, following the lead of Francis Bacon, whom he admired. Two years after he graduated, his nudes (many of Rego) were shown at Hanover Gallery.

Perhaps that early success intoxicated? Despite his fascination with the mind and the painted world it might conjure, Willing kept returning obediently to life observed. It took another 20 years, amid the force of circumstance, for him to step away. In 1976, having moved from Portugal to London, penniless, he started experiencing lucid visions, provoked perhaps by sleep deprivation or MS medication. The visions appeared still, coherent, mysterious, fully formed on the wall of his studio, and he sketched them rapidly from memory.

The small show at Turps (in association with ASC Gallery) focuses on these visionary paintings, though they also dominate the exhibition—Visions—at Hastings Contemporary. A symbolic vocabulary soon emerges: a chair; feathers; sprouting plants, clothes suspended from a line; a little sailing boat; two- and three-dimensional geometric forms. As with his early figure paintings, all are tightly framed, mysterious objects contained by architecture, like history paintings denuded of heroes. 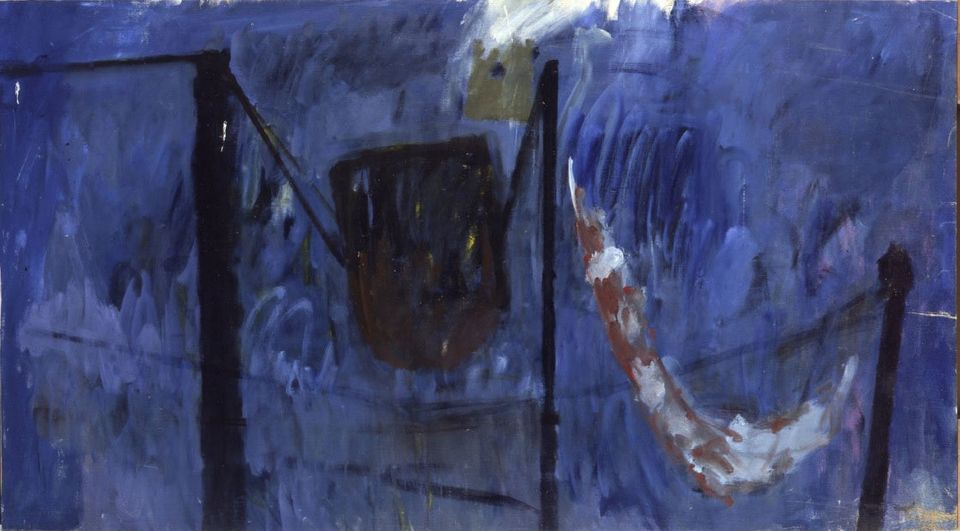 The paintings he created from 1976 were quite different from the figures that had gone before, though Willing’s soft style, prioritising precisely modelled form over surface detail, endures. The broader overview at Hastings shows that this late series was not without precedent: as early as 1956, after moving to Portugal, Willing started to explore looser, more abstract picture making. The midnight blues of Precarious Drag (1956) surround heavy objects hung on slack lines. In Lech, a sickly, fleshy long-necked form against a sticky puce recalls a headless sibling to Bacon’s Three Studies for Figures at the Base of a Crucifixion (1944). Willing was dissuaded from this path by a contemporary, who counselled that he return to the more commercially palatable Slade style.

A psychoanalytic inflection dominates the earlier visionary paintings. The magnificent triptych Place (1976-78) at Hastings sets his empty chair and bag within a cabana, isolated in a broad blue room. The red chair reappears in the more claustrophobic Knight Errant (1978) at Turps, set between a gas bottle and an electric heater, with a shirt hanging from a screen. As a child, Willing’s mother had once hung him by his braces in a cupboard—an association that fed into the repeated imagery of suspended garments, though Icarus and the invisible man are there, too. 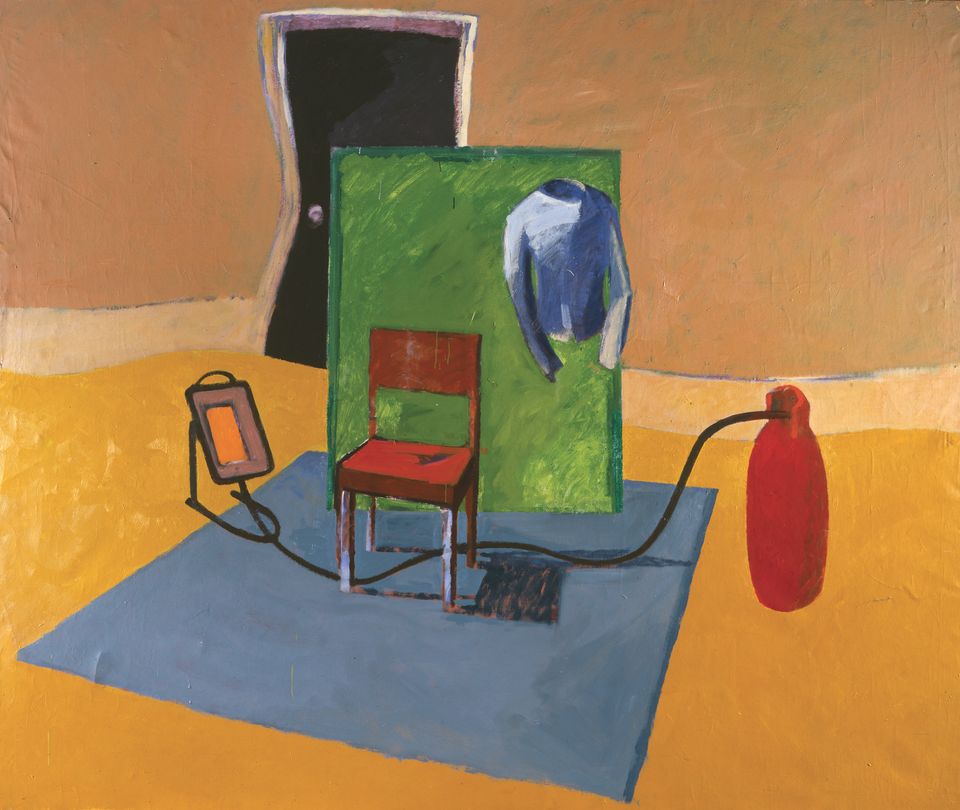 Later paintings, such as Callot: Judge (1983) explore more formal, sculptural issues, stacking cones, squares, discs and spheres in a teetering pile. This is one of a series dominated by an atmosphere of precarious balance that nod in title to Jacques Callot’s Les Grandes Misères de la guerre (1633.)

His mobility much reduced, Willing made a series of painted heads with the assistance of Lila Nunes. (She has since worked closely with Rego.) Willing compensated for his ebbing dexterity with humour; the comic irreverence of these final works, shown at Hastings, casts the paintings that preceded them in a more playful light. Willing’s visionary paintings merit fresh eyes: they have much, still, left to yield.