Mali's reputation for insecurity challenged by the 25th Bamako Encounters

This year's edition of the photography festival showed "there are many Africas", as 85 artists portrayed a multifaceted, self-aware continent 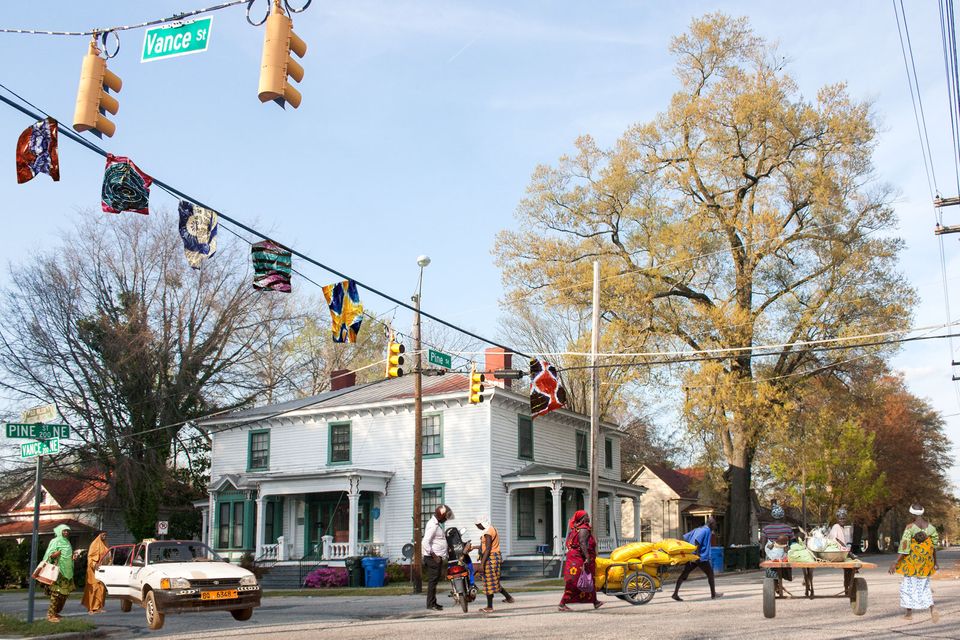 The 25th Anniversary of Bamako Encounters—the foremost photography and video biennial for photography and video art on the African continent—titled Stream of Consciousness took place across seven venues including the National Museum of Mali (30 November-3 December 2019). Bonaventure Ndikung, the artistic director of the biennial and his curatorial team of Aziza Harmel, the independent Tunisian curator, Astrid Sokona Lepoultier, the Paris-based independent Malian curator, and Kwasi Ohene-Ayeh, the Ghanaian artist and curator, asked visitors to consider the work of more than 85 artists who presented pictures of “the moment something catches the attention of the photographer, the many associations that are made conceptually and aesthetically, the many references that are invoked and situations convoked, that lead to the shot.”

Even when it was clear that the photographer had produced a significant work of her (state of) mind, where we can decipher not only what's in front of the camera, but what’s behind her mind’s eye, the result does not always feel urgent or consequential. For example, Egyptian artist, Ibrahim Ahmed’s exaggerated monochrome portraits-cum-collages of muscular men, digitally manipulated into contorted shapes, decapitated at the torso or the head, are on the face of it, technically accomplished. Ahmed manages to capture a mood—foreboding?—of some kind. But the claim of the wall text that there are “tensions between traditional masculinity and the individual self” is not very convincing. “Self” is mentioned incessantly throughout the Biennial.

Nicene Kissentini dives into her “self” to make new memories from old, but the wall panel notes that her work shows how memories are in themselves unreliable: fleeting, recollections of details of place and experiences of time past are suspect. But what does this say of the artist’s wandering mind? Adeola Olagunju explores a possible answer that probes the psycho-spiritual transformation and the search of what she calls “true self” in her enchanting video that repeats itself in quick succession. 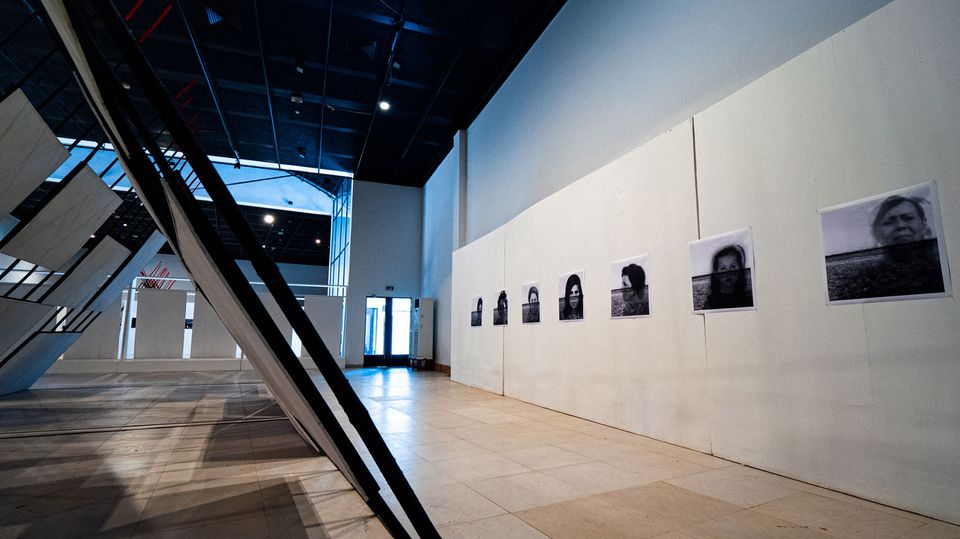 The biennial triumphed where artists went beyond considerations of “self”, to explore their imaginations. The exhibition’s second focal point was to apply “the notion of stream of consciousness as a metaphor for the flux of ideas, peoples, and cultures that flow from within the continent”. These works showed there are many Africas and its people are not bound by place.

Amatsou Diallo’s perhaps unintentionally humorous collages present African aunties, mothers swathed in bright-coloured hijabs or ankara dresses—lemon, cream!—catching a taxi, at an intersection; in Sunday church clothes, cooking or decadently dressed in multi-coloured, patterned Senegalese boubous, geles (flamboyant Nigerian head wraps), as well as party- and portrait-ready women. Otherwise at home in most sub-Saharan African cities, they have been transposed to Wilson, North Carolina in the US. The contrast is jarring, enforcing Diallo questions, where is home and who belongs there? Where is the African’s—or anyone’s—place in the world today? The answer to that question is ubiquitous.

Jihan El Tahri explores the political ties between the revolutions in Cuba (1953-59) and Congo (1960-66) in a stunning LED light installation that converts an x-ray screen into a photo album of history. An accompanying archival video shows the relationships between Congo and Cuba and how the promise of former's independence did not succeed despite the latter's help. Cuba and Congo are no longer politically aligned but they continue to share musical traditions and tastes, such as the dance music called soukouss. 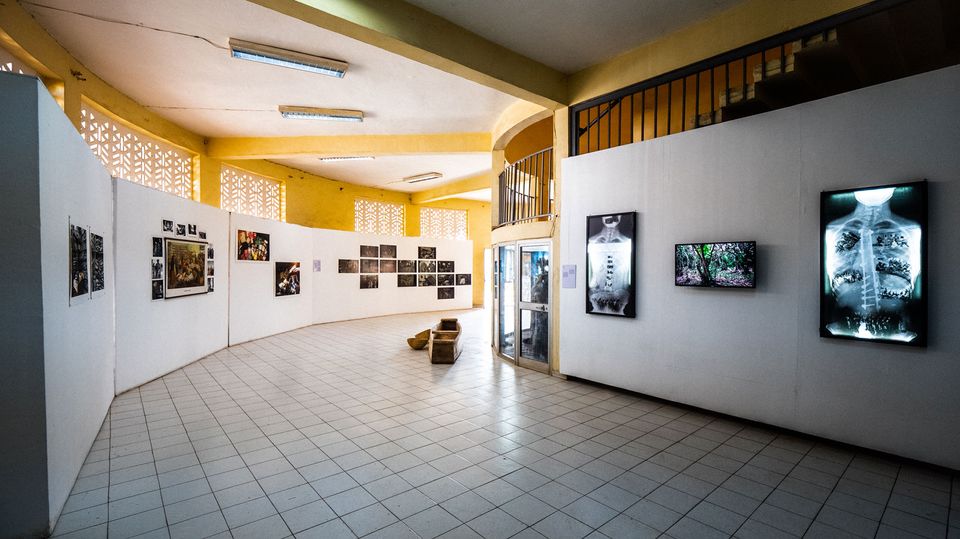 The biennial also had an explicit political aim. Igo Diarra, the recently appointed Executive Director of the Biennale, explained: "We are fighting a war. What we are doing with the Biennale is a cultural war to change the image of Mali." He is referring to Mali’s recently acquired reputation as an insecure country in which several armed groups are operating. There has been violence between Fulani herdsmen and sedentary farmers. Bombs have gone off in its capital. White people have been targeted for kidnappings and ransom demands.

But Diarra argues that this is not a complete picture. Until this edition, the biennial had been administered by government officials. Brought in from the private sector (he was a publisher); Diarra aimed to leave international visitors with a good impression. All things taken into consideration, he has succeeded to a degree. On the one hand, the poetry of the images of the wall, the imaginative display, the richly preserved architectural venues strongly contrast with the stationary soldier in combat gear at the entrance of your hotel, the two security scanners at the entrances of some (Off) exhibition entrances, the body- and bag-search at the Institut Français (where the French flag has been taken down to avoid attention being drawn to it).

The biennial conjures up a future not yet apparent to the eye but which is taking shape in the mind: a collective one that goes beyond self, that places connection over conflict, engages dialogue over difference. It endorses the Nguni Bantu term “Ubuntu” which means, “I am because we are”.