Dead kings and queens and where to find them 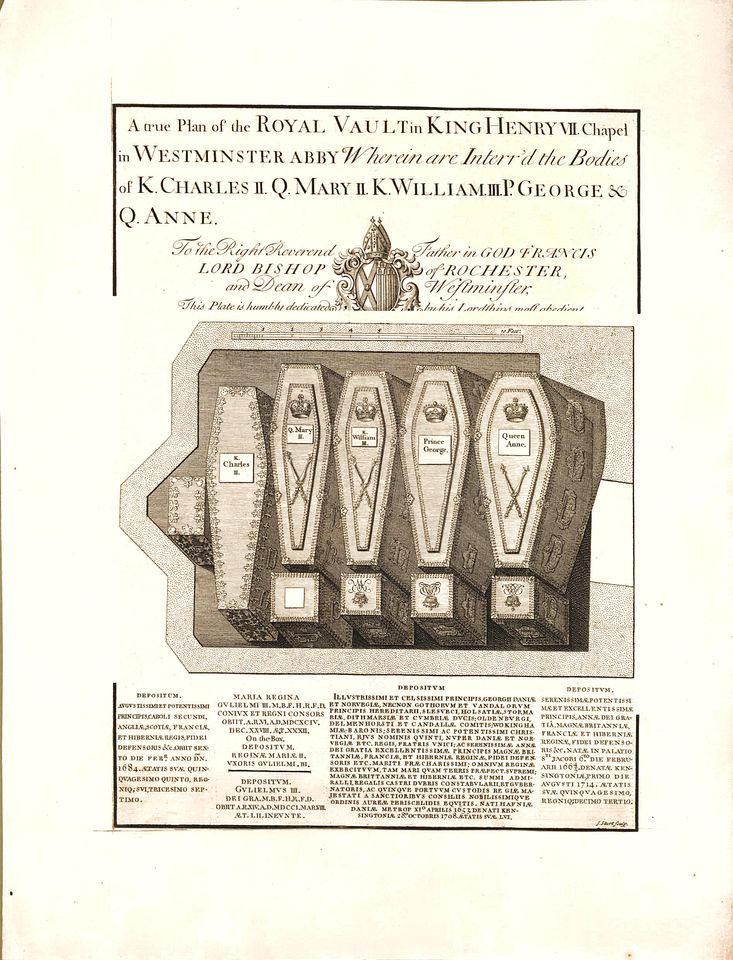 For the many people, like myself, who love to visit cemeteries and mausoleums, this book is a sine qua non. Not only does it list in chronological order all the British rulers and their burial places from the sixth-century English and the ninth-century Scottish kingdoms to George VI, the late Queen Mother and Princess Margaret, it also includes biographical notes, and images of their burial places. It has heaps of supporting information - about the tombs of the consorts, of royal burials abroad and of foreign monarchs interred in Great Britain (notably Napoleon III), a gazetteer and summary family trees. It includes the recent (Protestant) entombment of Richard III in Leicester Cathedral whose mortal remains were transferred from underneath a car park. Those who have seen the popular movie, The Favourite, and those who follow the news of the current obesity crisis, will quickly spot from the 18th-century plan of the Stuart vault (in the crypt beneath the choir stalls) in the Henry VI Chapel of Westminster Abbey, that Queen Anne's bariatric coffin. Westminster Abbey vies with Frogmore and St George's Chapel, Windsor, as the most densely populated burial site, and Hanover (George I) and Rome (the Old and Young Pretenders) the furthest flung. Wales has no royal burials.