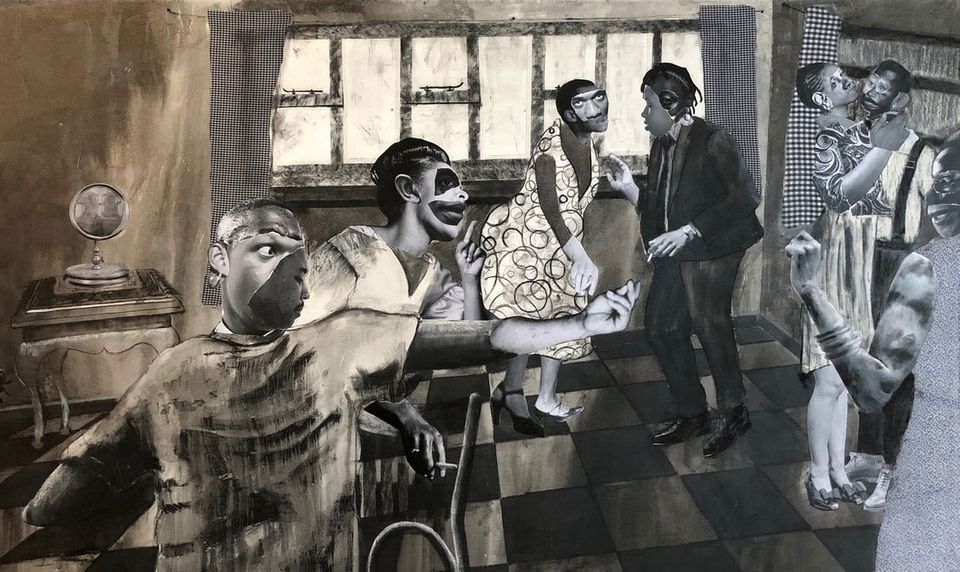 The eighth edition of Unseen, Amsterdam’s annual photography festival, is one of great change. For it is new Artistic Director Marina Paulenka’s first year in charge.

The 32-year-old Croatian made her name by founding Organ Vida in 2009 at the age of 22. What was at first an occasionally ramshackle but very exciting photography festival, one which repurposed dilapidated and unused spaces in Zagreb, grew and grew until, in 2019, Marina received the Lucie Award for best curator for her work on the festival.

Paulenka joined Unseen in July of this year, and looks to have made an immediate impact. Of 53 galleries on show, 19 have never exhibited at the fair before, with many from developing nations who are only just beginning to be recognised for their photographic heritage.

Paulenka received plenty of plaudits whilst at Organ Vida for producing an edition of the festival that purely focused on female photographers from the Balkan region. Taking place at Amsterdam’s Westergasfabriek park, Paulenka and her team, notably chief curators Isabella van Marle and Amelie Schüle, have repeated a similar trick on a larger scale. More than 60 women on show at this year’s fair of 140 overall, many of them from countries that have not traditionally been well represented in art festivals such as this. The breadth of story-telling such inclusivity provides is clear to see.

Highlights include a show of hitherto unseen work by Dana Lixenberg, who is exhibiting with Amsterdam’s GRIMM gallery alongside Saskia Noor van Imhof. Lixenberg is showing an extension and re-investigation of her renowned black-and-white series Imperial Courts (1993-2015), which won the Deutsche Börse prize in 2017. Here, we see her engagement with the same subject through her command of colour. 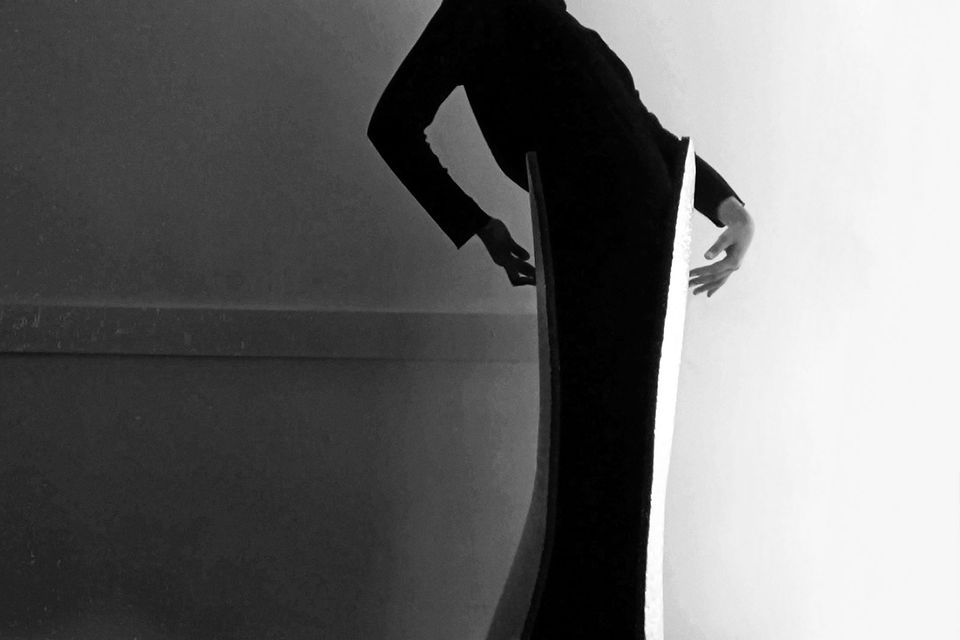 Istanbul’s Zilberman gallery presents a booth of solo work by Turkish artist Zeynep Kayan, who co-founded the independent art space Torun in Ankara, Turkey. Her self-portraits, presented in a soft, grainy monochrome, recall Ingmar Bergman’s Persona in their intimate beauty, even as Kayan ensures her face remains obscured. Kayan is an artist to watch; her first monograph, Untitled, was awarded at the Kassel Book Awards in 2017 before recently being published by Akinabooks.

Gallery 1957, a new addition to the fair from Accra, Ghana, is showing a solo booth of new work by the Ivorian artist Joana Choumali, whose series Alba’hian—meaning "the first light of day" in the Agni language of the Akan group in Côte d’Ivoire—beautifully captures Accra’s cityscape at dawn via a blend of traditional landscape photography, collage and embroidery.

Also of note is the ING Talent award winner Karolina Wojtas , the Polish photographer who is currently completing her MA in photography at the Lodz Film School.

“Perspectives beyond the white gaze,” as van Marle terms it, is also a key theme at Unseen this year. The curators have actively focused on “post-colonial discourse, and how this reflects upon and merges with understandings of one’s own identity,” van Marle says at the fair’s opening. This is in part reflected by Unseen’s partnership with the Nigerian fair Lagos Photo, who has worked closely on Unseen’s extensive talks programme—enabling African artists and gallerists “to talk about the issues they consider to be important right now,” Paulenka says. 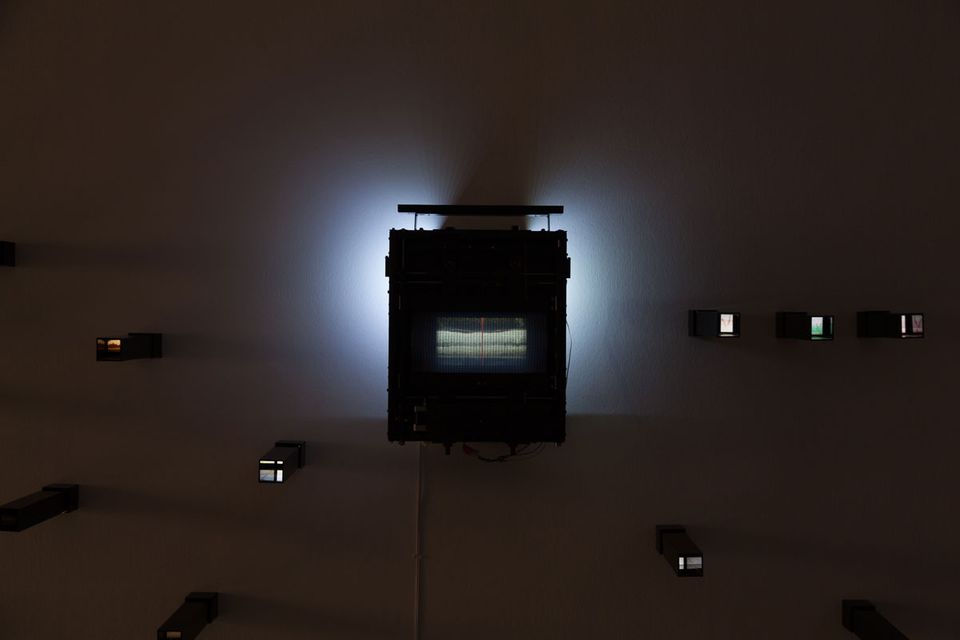 Of note here is Tehran’s Mohsen Gallery, which has brought four Iranian photographers to the fair: Arya Tabandehpoor, Gohar Dashti, Sasan Abri and Vahid Dashtyari. None has received much attention in the West, and each, in their own contrasting fashion, reflect powerfully on the struggles between a globalised, outward-looking generation of Iranian millennials, each living under the country’s conservative rule.

Then there’s Nature Morte, from New Delhi, India, with its solo booth of premiering work by Bharat Sikka, who uses portraiture to present a layered portrayal of his father, and the harsh, remote Indian landscapes he somehow manages to successfully inhabit. 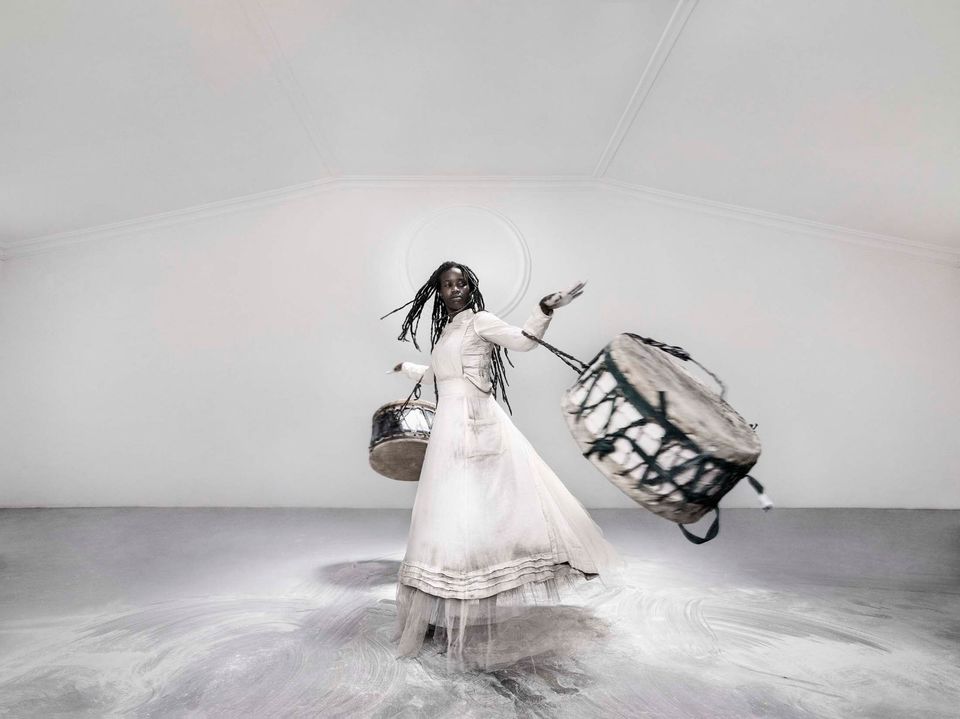 Amsterdam’s Ron Mandos gallery shows new work by Mohau Modisakeng, the South African artist whose work is in part inspired by and motivated by the experience of seeing his brother murdered in the years before Apartheid. Using his own body as a canvas through which colonial histories can be explored, Modisakeng continues to establish himself as one of the leading young artists from the African continent.

“Photography has the ability to change the way people look at the world,” Paulenka said when taking the reins of the festival. “To shatter stereotypes, to bring to the foreground untold and marginalised stories, and to inspire us to observe reality more critically.” So far, she has been true to her word.