From the High Renaissance to Picasso’s questionable moral compass, the Tasmanian comedian is bringing an exploration of art's patriarchy to a new audience 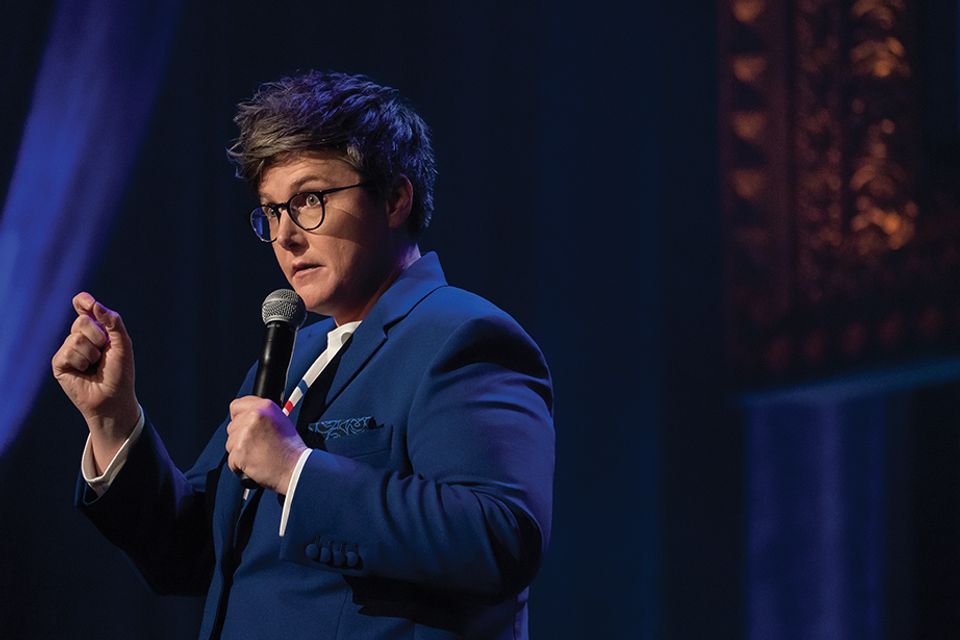 A few months ago on this page, we commented on the dearth of original content on art found on streaming services like Netflix. Search under “art” or “art history” and it is clear that remains the case. But hiding in plain sight on Netflix is some of the most biting art-historical thinking amid searing socio-political commentary on any broadcast platform. The genre you’ll find them in, though, is comedy.

“You won’t hear too many extended sets about art history in a comedy show,” admits the comedian in question, the Tasmanian Hannah Gadsby, in her stand-up show, Nanette (2018). “It’s bold, I know.” It is indeed an unlikely genre in which to hear explorations of the High Renaissance, of the anatomy of the reclining nude, of Cubism’s dismantling of perspective, of the fetishisation of the mental illness of Vincent van Gogh and the misogyny of Pablo Picasso. But Gadsby is pushing the boundaries of her medium. Perhaps the correct term for her is “post-comedian”, since she powerfully renounced comedy and highlighted its limitations halfway through Nanette.

But in that show and in her follow-up on Netflix, Douglas (2020), significant chunks are built on her study of art history and curatorship at the Australian National University up to 2003. In both, she brilliantly weaves art-historical imagery and theory into wider themes, often in what she describes with a glint in her eye as “a gentle and very good-natured needling of the patriarchy”.

That needling is superbly delivered. It might be playfully exploring Peter Paul Rubens’s Three Graces (1630-35) in Douglas, and pondering exactly how it is that the “waft of gauze” between the three otherwise naked figures “has made its way so far up [the central figure’s] clacker”. She points to the fact that the work “is not an accidental photograph taken of an unfortunate moment—awkward. No, what this is is a painting, which makes this”—she uses a pointer to highlight the gauze up the “clacker”—“a decision that a man made and spent time on”. Elsewhere, she’s full of righteous anger: “The history of Western art is just the history of men painting women like they’re flesh vases for their dick flowers,” she says in Nanette. Gadsby even ventures into one of the thorniest ethical debates of our moment when she talks about mid-50s Picasso sleeping with the underage Marie-Thérèse Walter and the idea of “separating the man from the art”. “Okay, let’s give it a go,” she says. “How about you take Picasso’s name off his little paintings and see how much his doodles are worth at auction? Fucking nothing!” Gadsby’s antipathy towards Picasso—“I hate him, but you’re not allowed to,” she declares in Nanette—seems to have grown even in the years since she explored his painting Les Demoiselles d’Avignon (1907) in her series for BBC Radio 4 in 2015, Arts Clown. The four-part series is more muted than her Netflix specials, but the seeds of the incisive, hilarious and sardonic art-historical takes found in Nanette and Douglas are there. In the Demoiselles programme, she lampoons Kenneth Clark’s statement: “No nude, however abstract, should fail to arouse in the spectator some vestige of erotic feeling, even if it be only the faintest shadow.” Gadsby’s summary is typical: “So, if Kenneth doesn’t get a boner, it ain’t good art.”

But amid the sharp one-line jokes, she also exposes the patriarchy with more devastating textual readings that go far beyond comedy. In a brilliant sequence in her Arts Clown show on Édouard Manet’s Olympia (1863), she highlights critics’ repeated reference to Olympia’s resemblance to cadavers in the morgue. Most are from Manet’s own epoch, but there is one last review, referring to Olympia as a “dead-eyed whore”—by Michael Kimmelmann in the New York Times in 2011. Gadsby then adopts a shift in tone that is the hallmark of the Netflix specials, offering a lacerating feminist reading of the painting, its iconography and the facts behind the model and the artist. She concludes by stating that Manet had died of complications of syphilis: “But no one had called him a dead-eyed whore.”