Marking the galleries' first Augmented Architecture commission, the work explores the sights and sounds of the flora and fauna in London’s Hyde Park 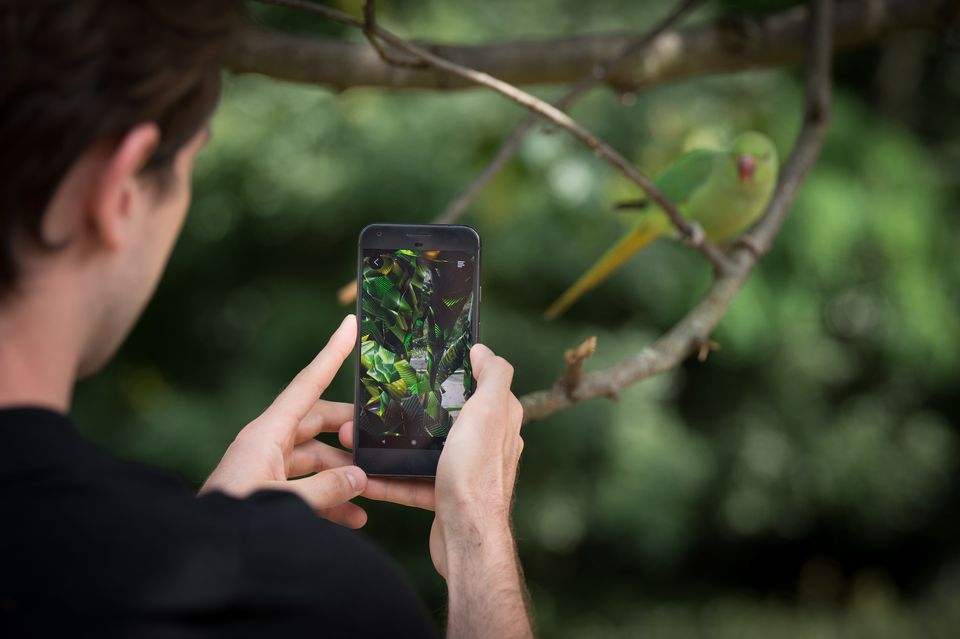 Artists have long enjoyed playing on the Serpentine Galleries’ position at the heart of Kensington Gardens in London’s Hyde Park. Many shows here have barely resisted an urge to fling open the doors and welcome nature in, to co-opt the world outside the Serpentine Gallery’s gridded windows as an extension of the building itself. Now, at last, nature and art are fully integrated in Jakob Kudsk Steensen’s The Deep Listener, an augmented reality (AR) work that takes you on a sci-fi-geographical journey into the flora, fauna and landscaping of Kensington Gardens.

It was perhaps an inevitable development, given that the Serpentines have made the most headlong plunge into the alternative realities presented by new technologies, being early adopters of virtual reality (VR) and artificial intelligence (AI). But that’s not to say that this inaugural commission for the gallery's Augmented Architecture programme, developed with Google Arts & Culture, is predictable—far from it. The Danish artist has created a rich and compelling work after having spent many months “embedded” in the park, observing and recording its inhabitants and environments. He worked with biologists and naturalists in museums before creating visual and sonic experiences in five locations around the park, accessible through an app made for iOS and Android. In each spot, he focuses on one species: the London plane tree, bats, reedbeds, parakeets and damselflies.

Steensen describes what he does as remixing a landscape to create simulations—what we see on our screens are like apparitions amid the real landscape, forms which evoke the natural world but are made alien through the digital interface. Bats swarm in murmurations in the daytime sky as their echolocation communication is synthesised in ricocheting rhythms; near a tree filled with parakeets, a monstrous form bearing the birds’ vivid green and yellow colours stretches out like a ribbon, punctuated by unravelling orbs in the same hues, while the parakeets’ repetitive screech is slowed to menacing squawk. At times, the AR elements seem to latch on to your body—as I moved at one point, it was as if I was entangled in the reedbed, yet stepping in another direction, I could witness the same form hovering over the banks of the Serpentine like a UFO.

The idea of augmenting reality has multiple meanings here. The most obvious is that Steensen is adding digital presences to the existing landscape. More subtly, by drawing us into the park’s spaces and species, he forces us to observe them with an unusual closeness. Rather than divorcing us from reality, our smartphones are employed as a tool to amplify our senses. Steensen emphasises the peculiarities of the park’s natural experience, making its everyday occupants strange, but also emphasising the artificiality of metropolitan green spaces. It is an urban architecture, with constructed pathways, pavilions and, in the case of the Serpentine Galleries, a former tea house and a magazine. The flora and fauna, too, arrived here often through artificial means: the plane tree is a hybrid import, parakeets were brought as decorative objects, escapees from cages that have now flourished as a feral community.

As a practical experience, it compares favourably to VR. No queues, no awkward set up; if you have a smartphone and headphones, you have the tech—just download the app and you’re away. And while it is only the second AR experience at the Serpentine, it suggests a hugely malleable medium. Hito Steyerl’s project for the Serpentine earlier this year zoned in on the social, political and discursive context around the gallery, while Steensen’s context is ecological and scientific. Steyerl’s language emerges from collage and found material; Steensen’s from animation and video gaming. Already, the possibilities of AR seem endless.