Letting it all burn: David Wojnarowicz documentary presents the artist through his words and works

A new film on the provocative artist, who died of Aids in 1992 at the age of 37, tells his story through his paintings, photographs, audio and videos 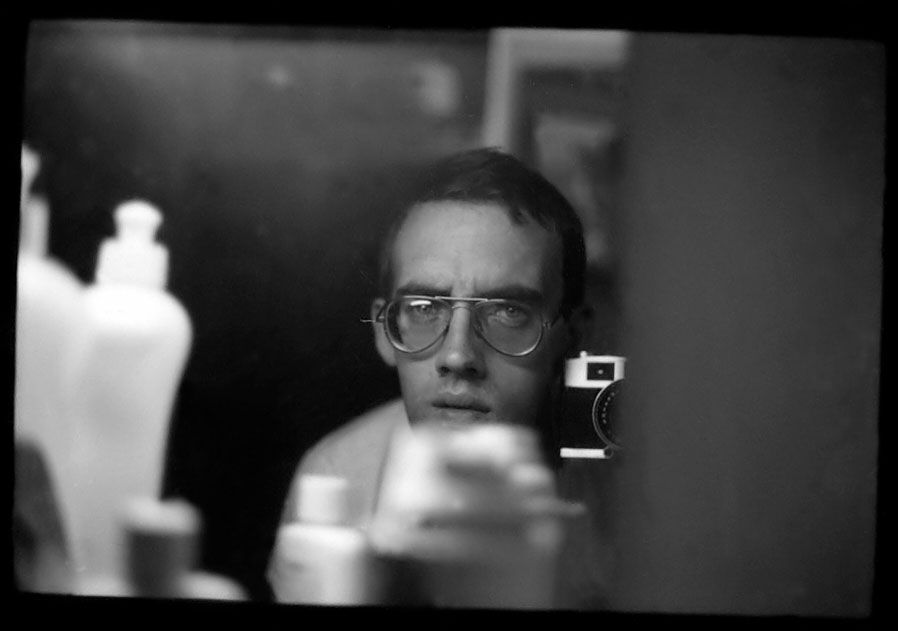 The artist David Wojnarowicz died of Aids related causes in 1992 at the age of 37. He made and preserved paintings, collages, photographs, videos, audio tapes, phone messages—an entire archive of material—that also had a role in his performances and could have filled a dozen documentaries. “All the paintings are diaries, that I always thought of as proof of my own existence,” the artist says in director Chris McKim’s new documentary Wojnarowicz: F**k You F*ggot F**ker, now streaming online as part of the DOC NYC festival.

Wojnarowicz was called a multi-media artist, but his real medium was his voice and body. The film’s subtitle gives more than a hint of his personality: he was political, stubborn, obscene, impatient, provocative and angry. He was also fearless, all the more so after testing positive for HIV at a time and place in which Aids was a near-certain death sentence.

Using his work, McKim has assembled a curated autobiography of Wojnarowicz, with recordings in the artist’s own voice at its core. It is a bumpy ride that presents his art as a rapid-fire moving target with an explosive soundtrack. And its view to the past is dramatic, but not nostalgic. The archival film footage used functions as a form of urban archaeology, a necessary task because so much of the fertile ground in the East Village of pre-1990 New York has been bulldozed and is now reconstructed with new apartment buildings that artists cannot afford.

Wojnarowicz’s merchant seaman father was a violent “horrific” alcoholic, according to the film. As a boy, Wojnarowicz ran away from home, hustled sex on the streets, discovered the poetry of Arthur Rimbaud and Jean Genet. He started drawing pictures, formed a band, befriended the portrait photographer Peter Hujar, who died of Aids before him. Wojnarowicz’s signature symbol, stenciled all over the East Village, was a house on fire. He tested positive for HIV in 1990, just as his work was caught up by the bullish the art market circus, and the film looks back wryly at minions of the dealer Robert Mnuchin (former Goldman Sachs trader, father of the current US Treasury Secretary), grabbing whatever they could by the once-penniless artist.

Another memorable event gets a too-brief mention. In 1990, the artist sued the evangelical pastor and anti-gay activist Donald Wildmon of the American Family Association, who objected that the National Endowment for the Arts gave a university in Illinois $15,000 for a Wojnarowicz exhibition. Wildmon mailed a denunciation to members of the US Congress that reproduced images like Wojnarowicz’s comics-style Jesus Christ with a needle in his arm. A judge ruled that Wildmon’s use of Wojnarowicz’s art “could be construed by reasonable persons as misrepresenting the work of the artist, with likely damage to the artist's reputation and to the value of his works”. Wojnarowicz got a mere $1 in damages, but the ruling recognised the rights and the reputation of a homosexual artist with extreme political views who had HIV. Given the collisions with the political, cultural and medical zeitgeist, Wojnarowicz’s life and work are too much for 90 minutes, and an ending with friends tearing up at his 2018 Whitney retrospective gets syrupy.

The real Wojnarowicz still emerges. His late black-and-white self-portrait photograph, head buried in sand and rocks, eyes open and mouth agape, is a staggering image of an artist who knew what he was up against. As he might have put it, healing can wait.