From Rebel Hearts, a documentary on Los Angeles artist and activist Sister Mary Corita, to Flee, and animated tale of a young gay man’s flight from Afghanistan 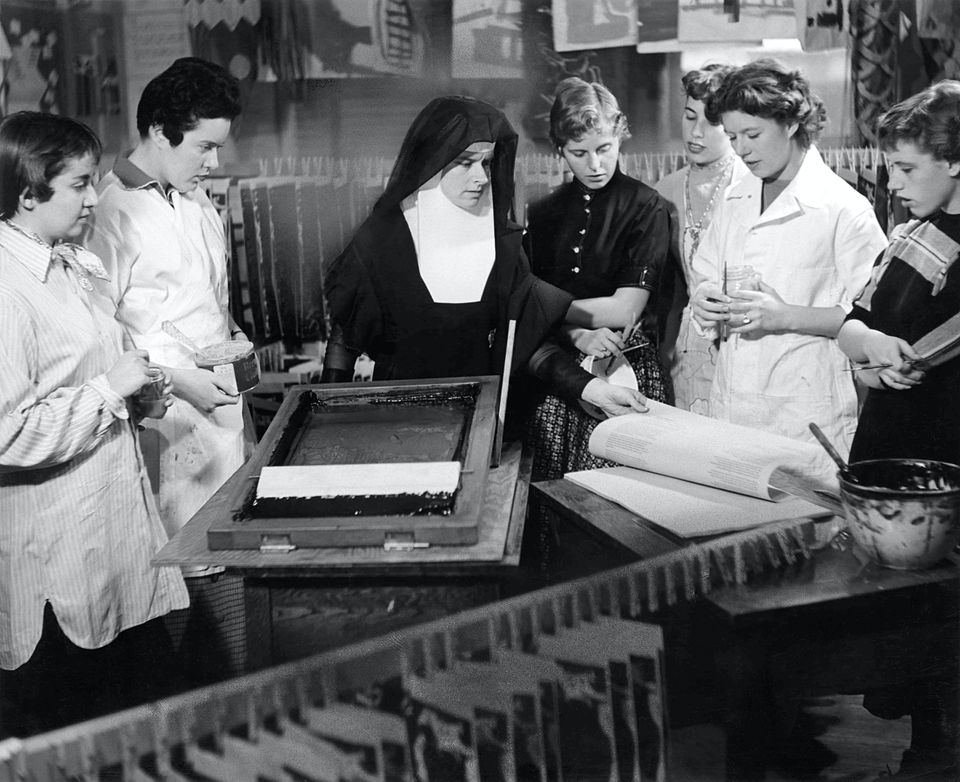 A still from Rebel Hearts, a documentary directed by Pedro Kos about an unlikely group of artistic revolutionaries, the Sisters of the Immaculate Heart of Mary in Hollywood

Reduced in size and restricted mostly to viewing on remote computer screens, this year’s Sundance Film Festival still has many features dealing with art and artists that are worth discovering.

Leading the way was Rebel Hearts, a documentary directed by Pedro Kos about an unlikely group of revolutionaries, the Sisters of the Immaculate Heart of Mary in Hollywood. The film observes the women as dutiful nuns in the 1950s who discover themselves—through politics and feminism—irking the Catholic authorities who until then had total control over their lives.

Art had a crucial role in this process. Corita Kent (1918-1986), one of the nuns known as Sister Mary Corita, taught art. She also made art, mostly serigraphs in bright bursts of colour with simple inscriptions—lifted from the Bible as well as banal advertising—that she placed on the walls of the community’s buildings. Some were abstract, many had single words that, carried by protesting nuns in the streets, evoked the memories of signs carried by striking workers or Socialist activists. Signs that read “Love” and “Arise” at demonstrations were seen as subversive by the cardinal of Los Angeles, James Francis McIntyre, the son of a mounted police officer. In Cold War America, subversive was another word for Communist.

“Love” on the posters had more to do with the non-violence and racial justice than with the calls for sexual freedom that came later. Kent’s texts, anticipating Warhol, also drew from the poetry of e.e. cummings and the reforms that the Second Vatican Council would decree in the early 1960s. Her forms echoed the graceful but emphatic simplicity of Henri Matisse’s late cut-outs and his Rosary Chapel in Vence, bridging the way to Pop Art.

The Catholic hierarchy condemned the nuns’ art and independence. In Rebel Hearts, Kent continues to make art and eventually abandons her vocation. Her story is known in Los Angeles, where her studio remains, but it will be a revelation to many. In 1971, Kent would create the world’s largest copyrighted work of art, Rainbow Swash, decorating a natural-gas tank in the Dorchester section of Boston.

The animated tale Flee, meanwhile, which traces a young man’s flight from Afghanistan through Russia to Copenhagen, was a critical hit at its Sundance premiere. It is a thriller as well as an LGBTQ coming of age story, directed by Jonas Poher Rasmussen of Denmark. The protagonist Amin (name changed) leaves Afghanistan for Russia with his family when the Soviet-backed government falls. In Moscow, the police are corrupt and predatory. Ships bound for Europe are death traps. Drawing the suspense as animation was a lot more affordable than producing an action film, and Rasmussen does conjure up the horror of Amin’s journey. Flee works with the now-mainstream graphic drama template of Waltz with Bashir, Ari Folman’s 2008 influential Israeli cine-comic about the 1982 Israeli invasion of Lebanon. Rasmussen’s intimate story of Amin’s life and love after his ordeal softens the impact of a frightening journey.

And another animated film, Cryptozoo, is as odd as its title. Graphic novelist Dan Shaw’s second feature is a hand-drawn account of a conflict between eco-friendly protectors of mythical beasts and armed aggressors who hunt them down. Shaw’s views on animal rights and the homages to Henry Darger’s visions of righteous war are clear. Yet even if Shaw is drawing known creatures from folk traditions in Japan, North American and Europe, his own imagination gives Cryptozoo its antiquarian hallucinatory look and its tactile sensuality. The film’s distributor, Magnolia, may logically exploit its reach into the stoner audience, but Cryptozoo is more challenging than that.