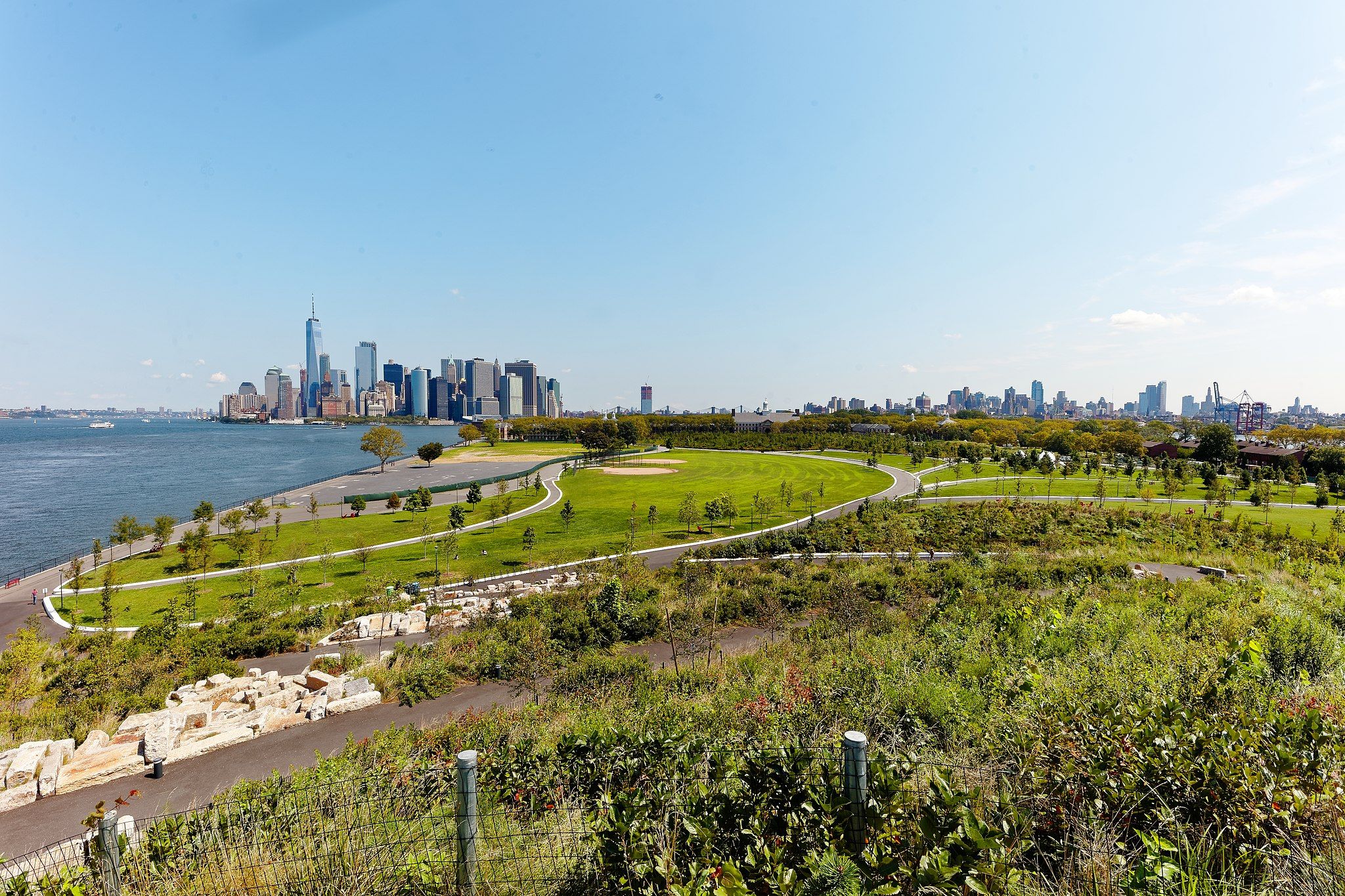 As art fairs nationwide are derailed due to the Covid-19 pandemic, the 13th edition of the beloved annual artist-run fair Portal: Governors Island, has found a new way to forge ahead as a studio residency programme.

“There [is] still a strong need among artists for workspace to restart and create new work,” say Jack Robinson and Nicole Laemmle, the organisers of 4heads, the non-profit organisation that operates the fair, which was scheduled to open in September in the decommissioned military base in New York.

Through an ongoing partnership with the Lower Manhattan Cultural Council LMCC and the Trust for Governors Island, 4heads was able to maintain its three-month lease on the historic buildings in Colonels Row. They offered a group of 19 artists expanded studio spaces, versus the usual 80 artists featured in the fair. Artists were “comfortable with the programme as long as there was no public interaction and sufficient spacing”, the organisers say.

The artists in residence are showcasing their work through a series of digital conversations on their studio practices, their experience working on the typically bustling summer destination in the city through this surreal time, and how the past six months have inspired them and affected their work.

Among some of the more striking presentations is a series of mixed-media paintings and wistful sculptural installations by the Queens-based artist Eric Hagan that animate two characters in conversation and aim to illustrate both our magnified introspection and longing for normalcy amid the pandemic. 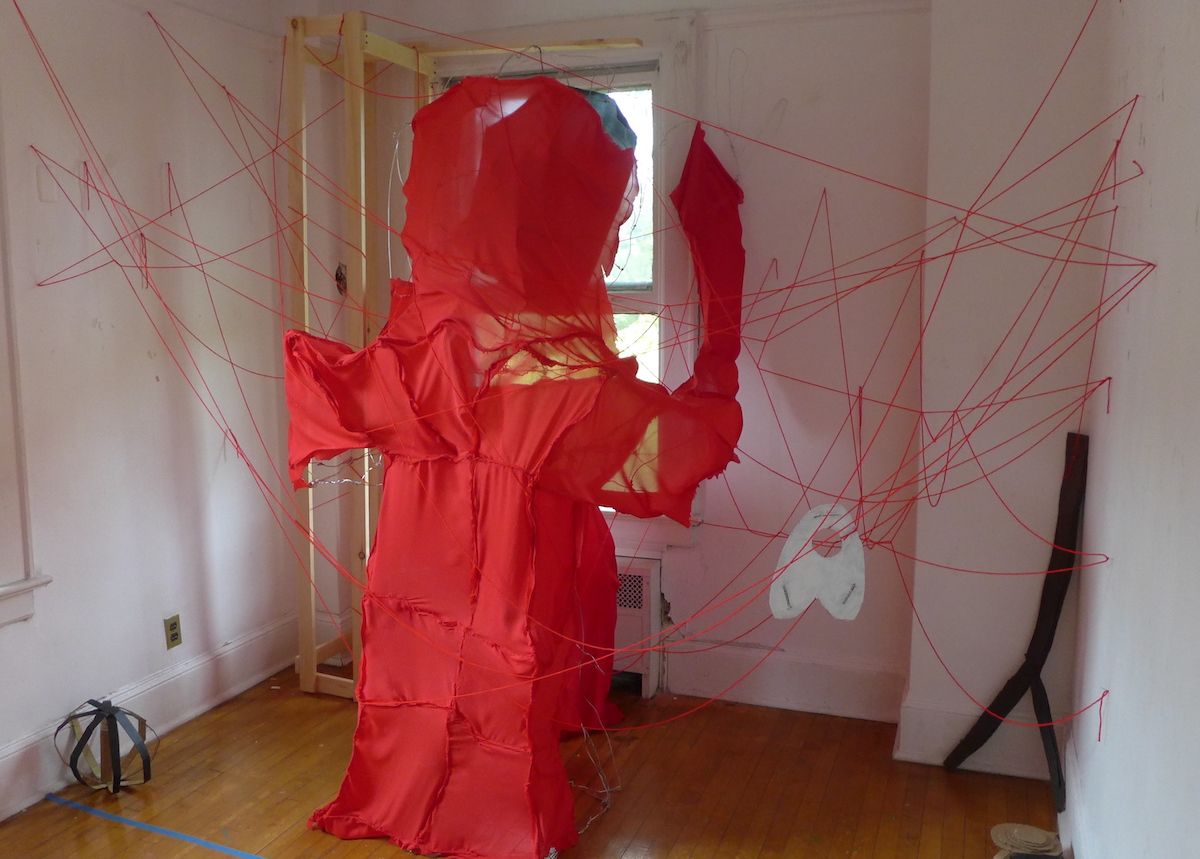 Eric Hagan, For those that seek truth may you find certainty (2020) Portal: Governors Island

One character is installed in the artist’s studio and looks onto the outside world to “observe, catalogue and attempt to imagine something that he can grab onto in order to feel secure”, while the other is seen cupping the building in an “anxious but hopeful state even with everything going on around him”, Hagan says. The characters symbolise ideas around “truth, comfort and isolation”, he adds.

The artists Lauren Petty and Shaun Irons say that after receiving funding from the New York State Council on the Arts and the New York Foundation for the Arts, they were faced with the bittersweet realisation that their presentation, envisioned as an immersive hour-long performance within a room flooded with botanical, psychedelic projections, will likely have its debut via Zoom. 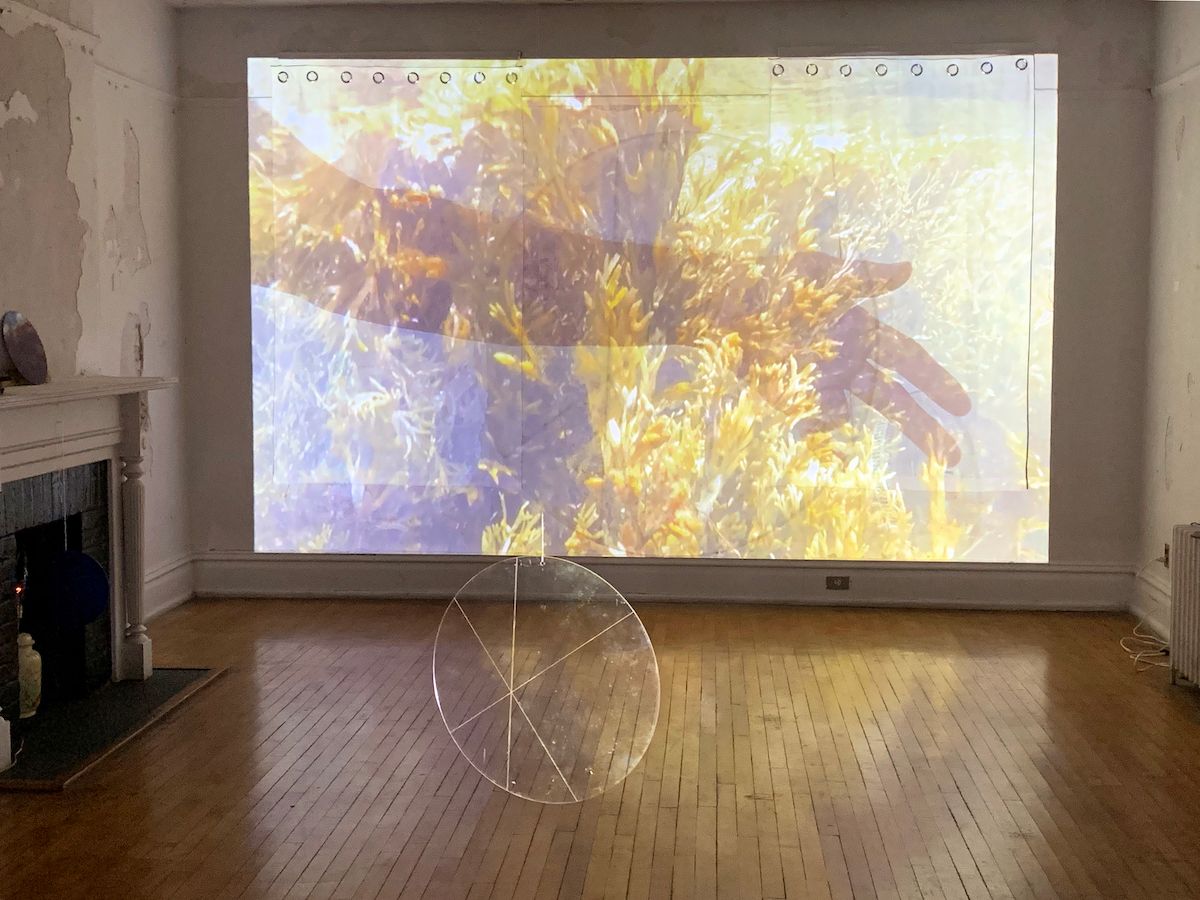 “We finally got some funding and were booking the theatre, scheduling rehearsals and so on, and then coronavirus hit,” Irons says. “So now we’re virtually restructuring everything but the work is really meant to be experienced live and with a group of people.”

Petty adds: “We’re fortunate to still have this room and space to work, but there’s been some logistical issues, since we’re usually in the same room as the performers and now it’s been mostly remote. The work has these moving parts and is supposed to have an element of surprise that might be missing in this different format, but we’ll find out.”

The Brooklyn-based artist Tim Fite has reimagined the landscape of a post-pandemic New York City with sonic installations and a monumental black-and-white mural showing the city in a post-apocalyptic state. “I was thinking about the end of the world and coronavirus, and that led to me this idea of New York being underwater,” he says. 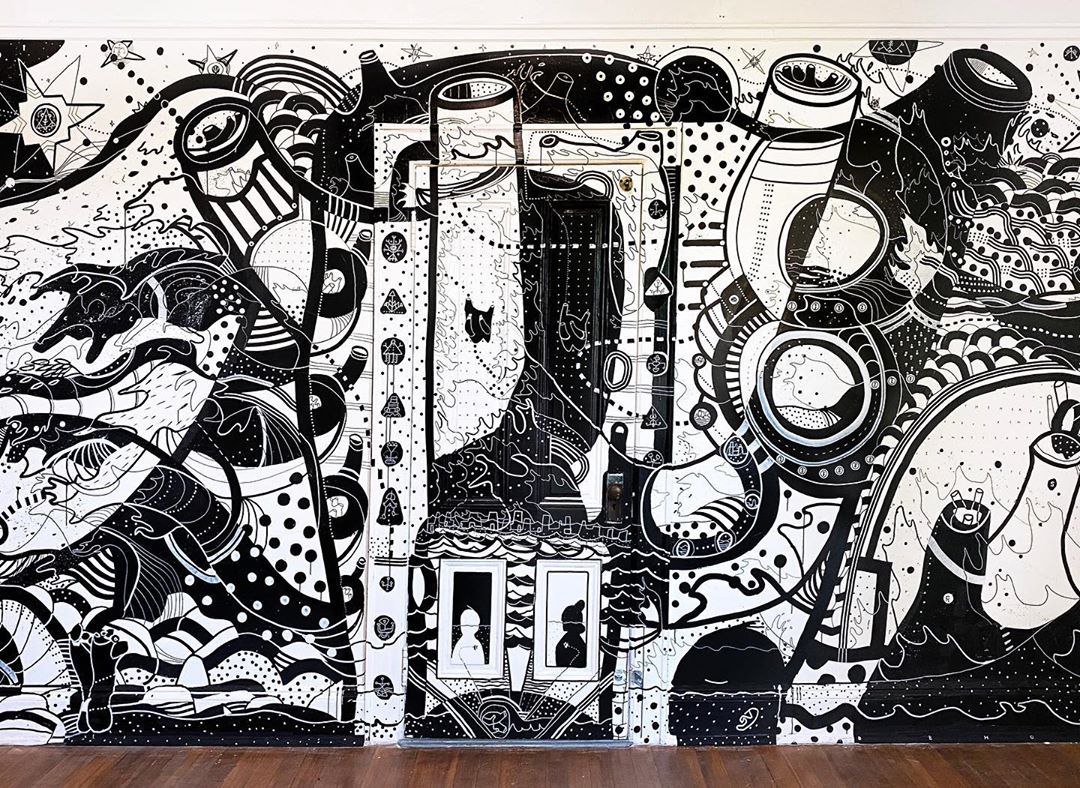 Tim Fite Courtesy of the artist

In the mural, the artist depicts various scenes like himself and his wife trapped in their apartment, “maybe dead or not”, he says, and hearts floating to the surface of the water and rising to the sky, which are “the only things that survive the flood”. There are also images of children that “represent an inherent selflessness, or what needs to happen for the world to have a second chance”.

Fite says this work was both a product of forced isolation and extra time to work, and that took a personal, emotionally-charged and also frenzied turn in the months during the lockdown in the city, adding that he did not expect a chance to get to show it.

The visual artists residency showcase runs through 24 October, but artists have the option to remain in their spaces until 1 November. 4heads is one of 18 cultural organisations that joined forces with the the Trust for Governors Island and the LMCC to host free residency programs through October the new Governors Island Residency Initiative. The initiative is open to artists, writers, cultural workers and creative practitioners living and working across the five boroughs.