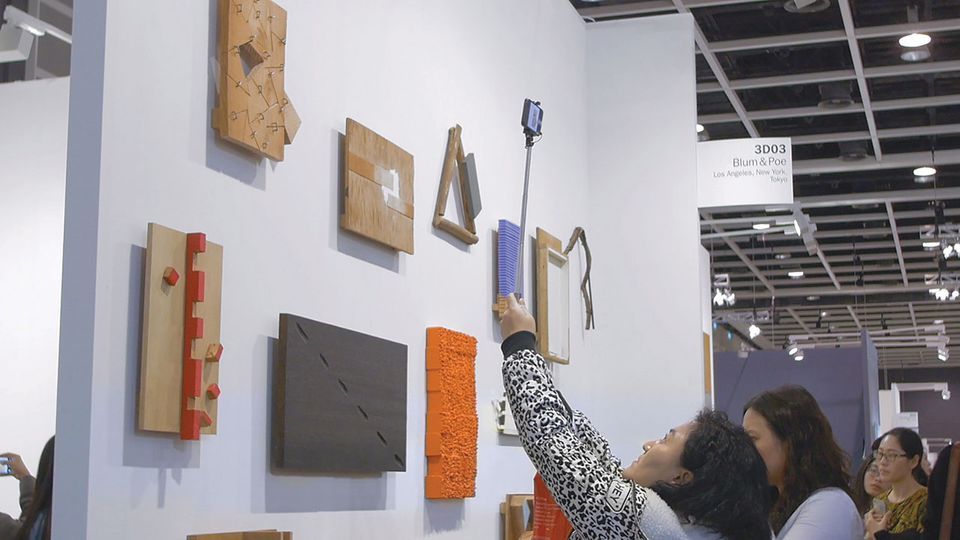 Leave the Bus Through the Broken Window explores the world of art fairs Photo: © Robby Klein

The Miami-born Cuban American filmmaker Andrew Hevia, who at 31 years old was a co-producer on Barry Jenkins’ Oscar-winning film Moonlight (2016), has spent his fair share of time at art fairs. Hevia attended high school at the New World School of the Arts in Miami and says that when Art Basel first arrived in Miami Beach, “our teachers got us together to say, ‘You don’t understand yet, but this is going to change everything.’” He adds: “Then I went off to college and when I came back, it was true. Suddenly art was a thing you could participate in.”

To make his most recent ­documentary Leave the Bus Through the Broken Window—which premiered at the South by Southwest (SXSW) festival in Austin in March, and will be screened during the 2020 edition of Art Basel in Hong Kong—Hevia attempted to use the art fair fluency he acquired in Miami to document the fair’s Hong Kong edition. The results varied, and Hevia documented his rocky time dissecting the art fair ecosystem, ending up with a charming, personal film that revolves around the fair as much as it does his inner life.

“We wrapped production on Moonlight and two weeks later I moved to Hong Kong,” the filmmaker says. He was awarded a Fulbright scholarship to make Leave the Bus while getting his Master’s degree at Fordham University, and in his proposal to the committee he imagined it would be similar to a film he made in 2011 about Art Basel in Miami Beach, titled Rising Tide: a Story of Miami Artists. “I thought it would be simple to take what I knew from Miami and apply it to what I would find in Hong Kong. I was very naive,” he says. “What I underestimated was how much of my lived experience in Miami I was able to draw upon for the first film. I’d grown up there. I knew who the collectors and gallerists were that I wanted to talk to. When I got to Hong Kong, I realised I didn’t have any of these resources.” Hevia adds that the production dates of Moonlight ended up being pushed back, swallowing up what would have been his preparatory Hong Kong research and networking time. 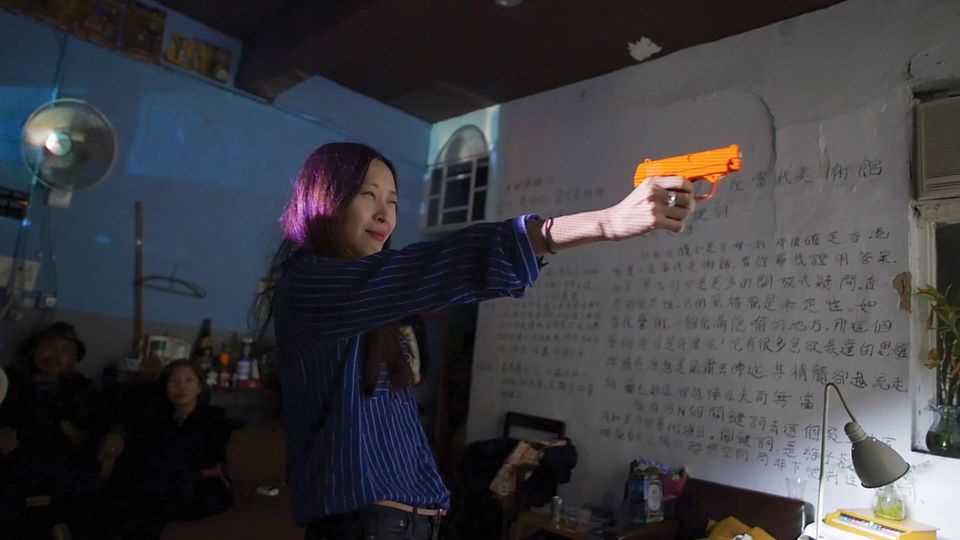 A still from Leave the Bus Through the Broken Window Photo: © Robby Klein

What ensues is a film in which a clumsy but earnest protagonist fumbles his way through the often exclusionary art world. He follows artists and collectors, visits studios and attends parties where drinks run the gamut, from Champagne served on trays made to resemble palettes (at an elite gallery) to boxed wine (a non-profit art space) to cans of beer served in coolers and plastic bags (an artist-run space). A computer-generated voiceover narrates the film, making such self-deprecating notes as: “This is a very important person in a room filled with very important people,” and, “There is talk of art in seven languages; you understand none of it.”

Hevia also documents his time away from the fair, marvelling at the “bounce” of local fishballs, getting lost in shopping malls and discovering at least one love interest. In addition to its SXSW premiere and forthcoming Hong Kong screenings, Leave the Bus Through the Broken Window recently played Miami’s avant-garde Borscht Film Festival, which Hevia helped found before moving to Los Angeles. “It felt like a homecoming,” the filmmaker says.