Leonardo review: Salvator Mundi hovers in the wings, but Louvre show is still magnificent without it

With a mass of the artist’s greatest works on its walls, the exhibition is a huge hit despite the non-appearance—so far—of the controversial painting 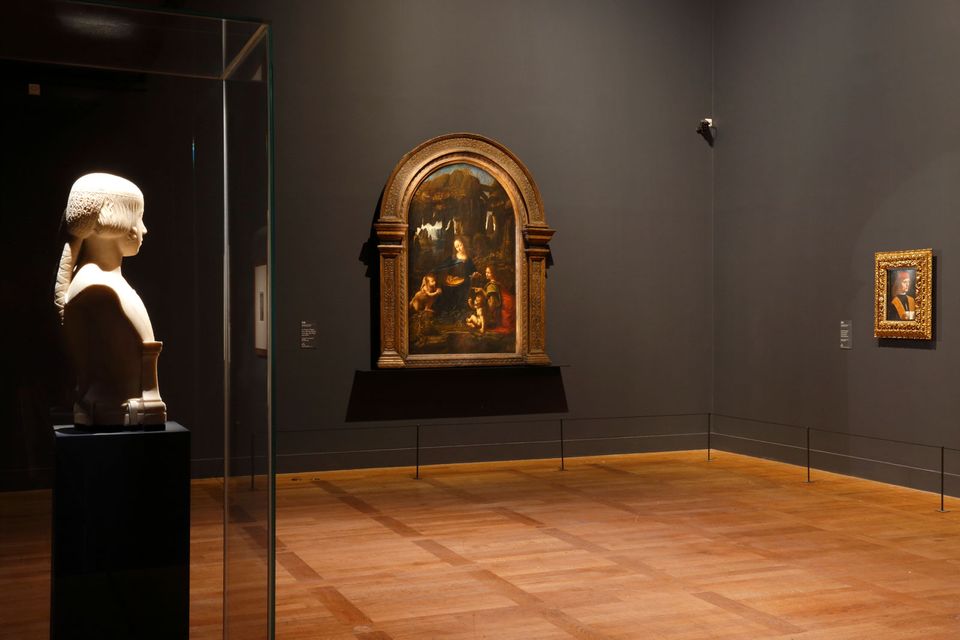 Salvator Mundi may still make an appearance at the Louvre’s blockbuster Leonardo da Vinci show, which opens on 24 October, but there was no sign of it at the advance press opening. “We still wish for it to come, and it is still a possibility,” says Vincent Delieuvin of the Louvre’s Department of Paintings and the co-curator of the exhibition. However, he admits he has not been able to view the painting itself since its sale at Christie’s in 2017 gave it a fame far beyond the art world on account of its $450m price tag. “We will wait and see if the owner allows it to come,” Delieuvin says.

The Louvre is still actively negotiating with an agent for its appearance. A press spokesperson makes clear the curators are open to rearranging the exhibition to accommodate the work even if the loan is agreed after the public opening. The Ganay studio version of the Salvator Mundi (which the show dates to 1505-15, the same date span the missing Salvator Mundi painting is given in the catalogue) is in the exhibition, along with the two Leonardo studies from Windsor associated with the pictorial concept. 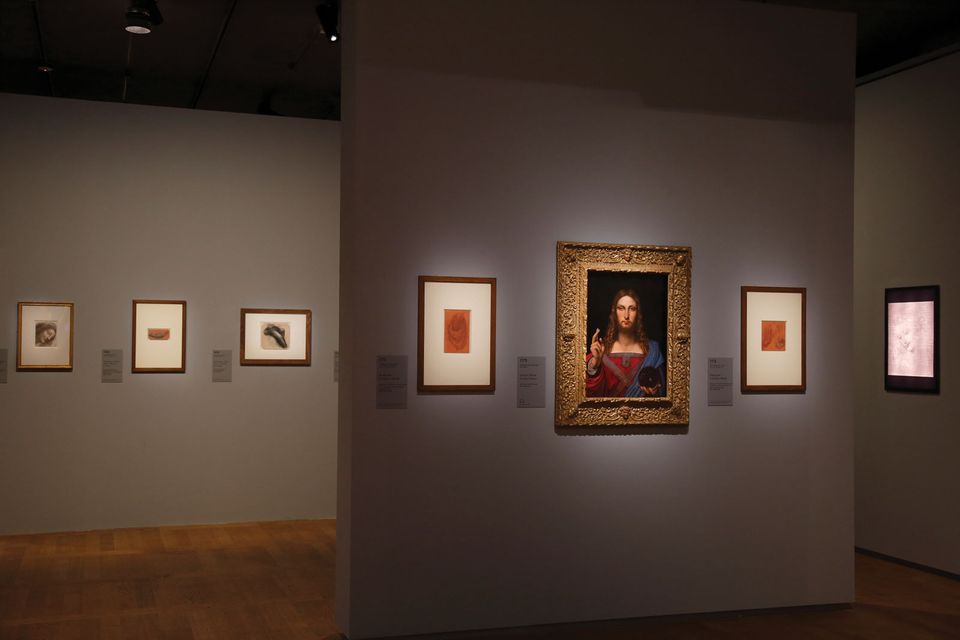 Notwithstanding the assembled journalists’ palpable disappointment when an empty space with hooks—looking perfectly Salvator Mundi-sized—is filled at the last minute with Saint John the Baptist (the Louvre’s own Leonardo), the show is simply magnificent. While the Louvre has managed to secure only four autograph Leonardo paintings (Benois Madonna, the lesser-known La Scapiliata, St Jerome and Portrait of a Musician) in addition to the five masterpieces it owns, the show still boasts nine of the estimated 14 autograph Leonardo paintings that we know of, plus two more if you count the two versions of Madonna of the Yarnwinder, which are here attributed to Leonardo and studio. Of the Louvre’s five works, Virgin and Child with Saint Anne, La Belle Ferronnière, Virgin of the Rocks and St John the Baptist are in the exhibition, while Mona Lisa—which is in the Louvre’s main galleries—has its own virtual reality Mona Lisa experience tucked discreetly to one side.

The accumulated mass of drawings (including 22 of the Louvre’s own) and associated works (nearly 120 from leading European and American museums and collections) is impressive, and the thoughtful architecture and arrangement of the rooms a tribute to the serious scholarship that is palpably at the heart of the exhibition. While there are regrettable gaps for the curators, notably the early Uffizi Annunciation and the National Gallery of Washington’s Portrait of Ginevra da Benci, the use of infrared photographs of the missing pictures works well. 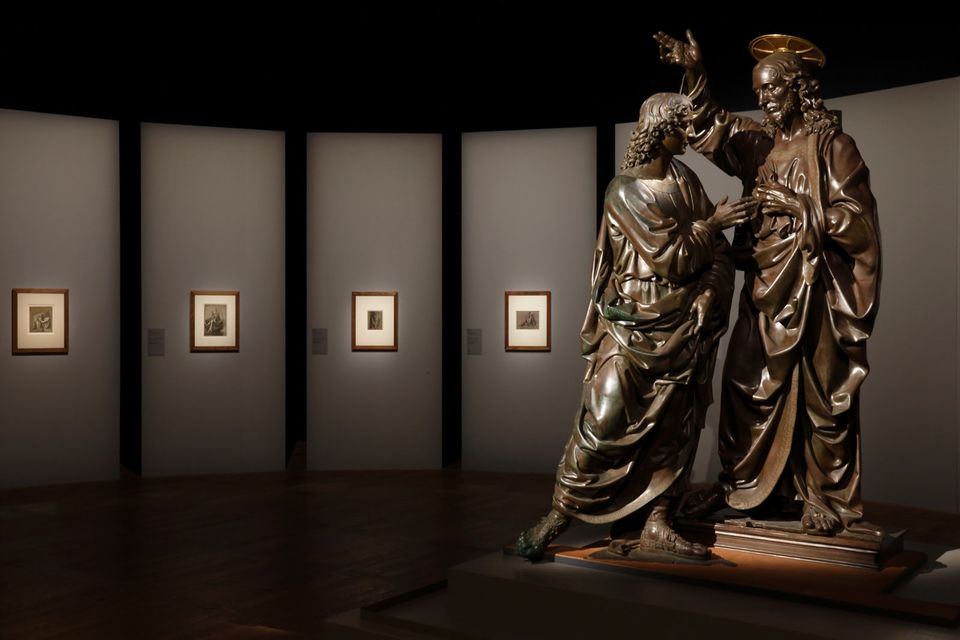 Verrocchio's sculpture of Christ and Saint Thomas greets you as you enter, surrounded by drapery studies made when Leonardo was working in Verrocchio’s studio © Musée du Louvre/Antoine Mongodin

Stunning examples of associated works include the monumental Verrocchio sculpture of Christ and Saint Thomas from Florence’s cathedral of Orsanmichele which greets you as you enter—surrounded by a plethora of drapery studies made when Leonardo was working in Verrocchio’s studio. Everything we know about Leonardo is born with this sculpture—from concept, to creation, to realisation, and all the miraculous intellectual and technical freedoms that follow in their wake.

Perhaps the most lasting legacy of the exhibition, which commemorates the 500th anniversary of Leonardo’s death, will be the extraordinary light that new scientific investigations have thrown on the artist’s methods and the workings of his various studio collaborators. These have demonstrated, among other things, that the London version of Virgin of the Rocks exhibits under-drawing characteristic of Leonardo’s studio, and that the face of St John in particular was probably painted by Leonardo’s pupil Boltraffio, rather than the master himself.