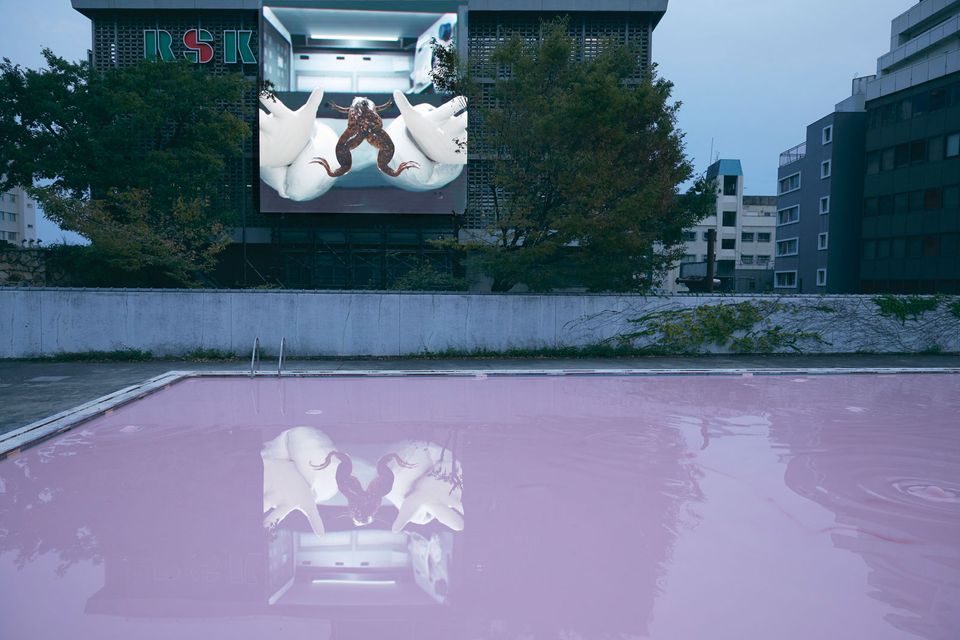 A pool filled with thick pink liquid bubbled like boiling water during the unveiling of If the Snake, the second iteration of the Okayama Art Summit curated this year by the French artist Pierre Huyghe. The defunct pool of a former school—which is home to the largest portion of works by the triennial’s 18 artists—contained Skin Pool (Oromom) (2019) by the Swiss artist Pamela Rosenkranz. Nearby, Fabien Giraud and Raphaël Siboni’s The Form of Not (Infantia) (2019), a mixed-media installation that the artists connected through plastic hoses piercing through walls and windows, anchored the eerie two-story building to its backyard.

Tino Sehgal’s performers started their vocal and bodily exercises on the pool’s edge as the pink liquid whirled and we proceeded towards a sumo wrestling ring through the school’s parking lot. There, Huyghe had compiled two mounds of sand to build a theatrical division between the works. 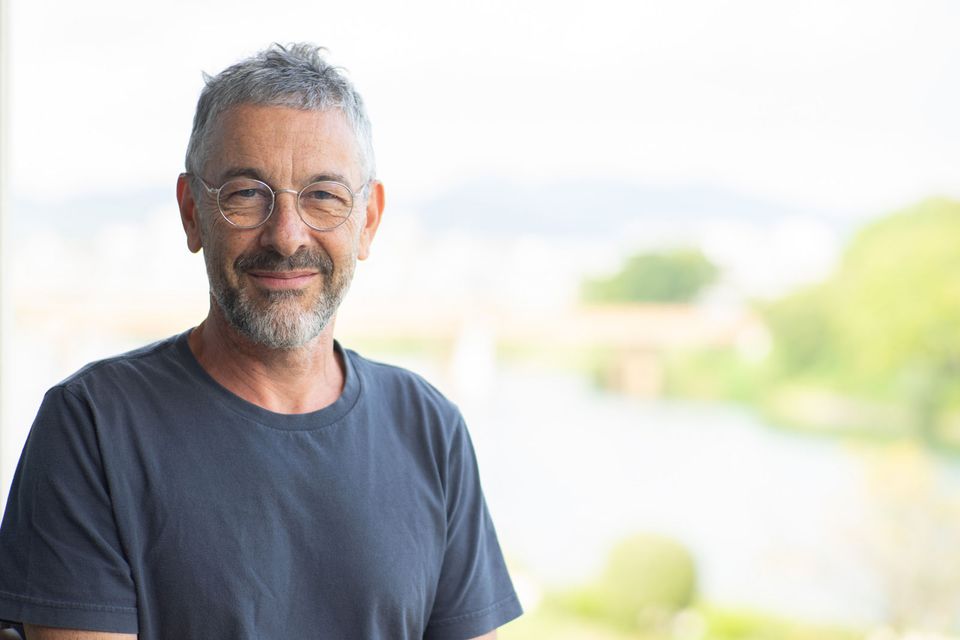 I later sat with Sehgal and his performers who were joined by a group of school children for an impromptu collaboration. He agreed with Huyghe’s intention to create malleability between the works, such as the transition of his performative piece into Huyghe’s own Not yet titled (2019-ongoing), a screen showing a rapidly fluctuating sequence of images that translate as hallucinations of an anonymous subject’s mental map.

On the wrestling ring, Rosenkranz’s teal-toned animatronic snake, Healer (Waters) (2019), occasionally crawled and rose up, delivering a statement on both anticipation and fluidity. As we watched Rosenkranz’s teal-toned animatronic snake, titled Healer (Waters) (2019), crawl and rise up, the artist told me the serpent had appeared in her dreams during pregnancy. The snake as an allegory for danger and survival swiftly blended into a show that fluidly manoeuvred through ideas, sounds and textures.

Throughout the exhibition, the works and performances permeated into one another as well as out into the city’s narrow and hilly streets. At the Hayashibara Museum of Art, Ian Cheng’s BOB (Bag of Beliefs) (2018-19) prompted audiences to feed an AI simulation called BOB via an app to contribute to its growth, while the artificial life form living inside a wall-spanning screen generated robotic noises.

The school’s gym houses Fernando Ortega’s fly electrocuting devices, which rely on chance to attract insects causing momentary blackouts due to the abrupt interruptions of the power supply. At the end of my conversation with Huyghe, a large bug flew between us and perched on a wall, as we spoke about art that melts, morphs and penetrates into life organically by chance or allurement. “Exactly!” said Huyghe pointing at the insect, “this bug summarises everything.”