The Austrian writer’s bilious attacks are neutralised by the cartoons 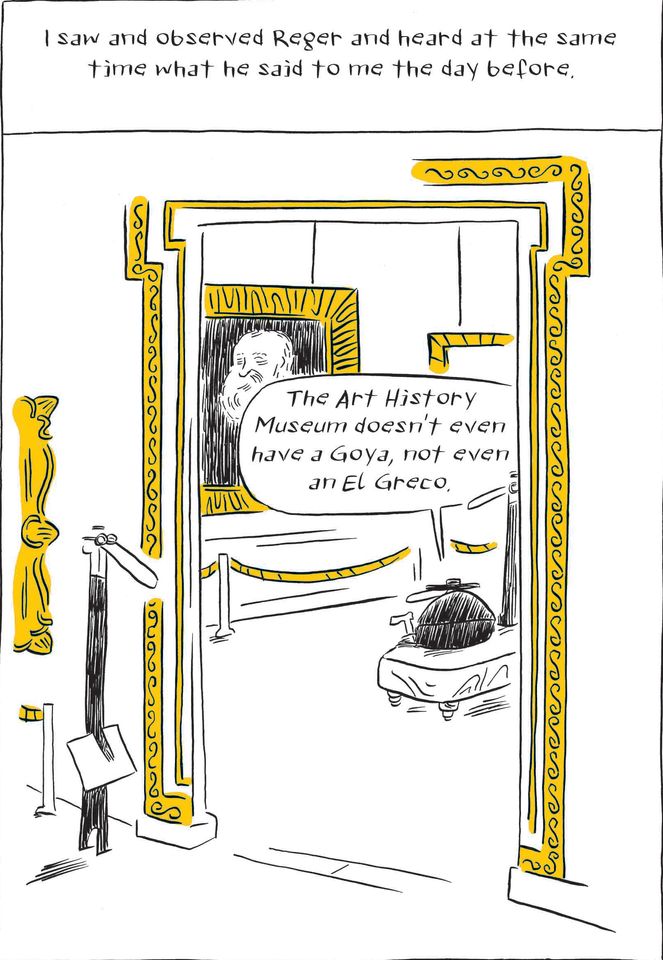 Old Masters: a Comedy might well be called Thomas Bernhard’s Apologia pro vita sua. In this novel, the main character, an elderly widower, Reger, has returned for 30 years to the same seat before Tintoretto’s White-bearded Man in the Kunsthistorisches Museum (KHM). There he delivers a monologue to the narrator, Atzbacher, in which he reviles every aspect of Austrian life and culture (here he berates the KHM’s collection), which he deems the Catholic National Socialist state. Bernhard’s critics, eliding Reger with the author, labelled Bernhard a Nestbeschmutzer (one who dirties his nest) as much of his work, novels and plays, turns on the same axis: a love-hate relationship with Austria. Quite what Bernhard would have made of this novel being turned into a graphic novel (otherwise, a comic book) is hard to guess. One the hand, Reger’s relentless cynicism and contempt might well be served by the “low” medium; on the other, a comic book rendering of the novel eviscerates the Reger/Bernhard’s enormous learning and intellectual range that give the diatribes their powerful invective. Nicolas Mahler is obviously a talented cartoonist, but his renderings of Reger and Atzbacher are too stylistically reminiscent of Spy vs Spy, and his parodies of Old Master paintings too funny, to capture a “comedy” that is not a knee-slapper.