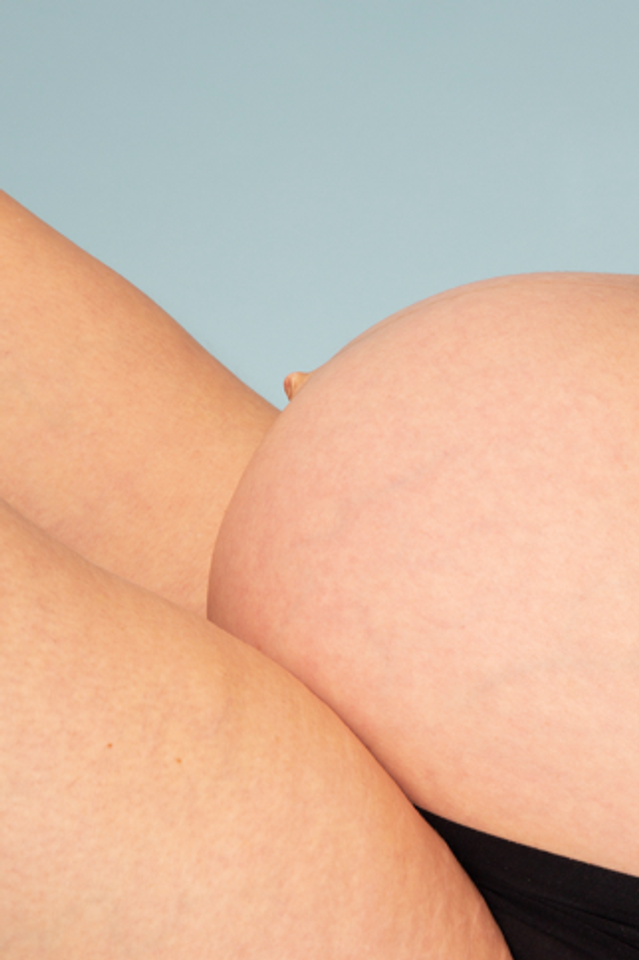 "Birth is the universal subject—so why is it so obviously absent in contemporary art?” It's a worthy question that is posed by Charlotte Jansen, the curator of the group exhibition Birth at TJ Boulting (closing tomorrow; free). Bringing together works from 24 female artists, the show explores the traditional birthing process alongside wider issues around fertility. Cynthia Cervantes’s photograph of a baby’s head crowning is a striking sight whose sheer visual impact underlines the taboos that surround this subject as does Hermione Wiltshire’s image of a woman experiencing an orgasmic birth (apparently a phenomenon that occurs in 0.3% pregnant women). A moving VR film by Poulomi Basutempers shows the banishment of a Nepalese woman with her newborn child due to postpartum bleeding and rightly highlights the role of female oppression to account for birth’s lack of presence in the visual realm. But for all its beauty and wonder, the process of childbirth is also a strange, alienating process that "queers" the body, and Birth is clever to acknowledge that. The show's earliest work, a 1958 film by Agnes Varda in which she explores the deeply strange experience of being pregnant is an unexpected triumph.

Before he established himself as a leading video artist with works like The Clock (2010), Christian Marclay was at the vanguard of art made with experimental sound. His Recycled Records (1980-86), for instance, were fragmented and reassembled vinyl collages that Marclay would play on turntables. Sound has remained at the core of Marclay’s work ever since and dominates the events he has curated for the second season of Assembly at Somerset House, (until 10 November, £12 for a single event, £30 for all three). Marclay is currently a resident artist at Somerset House and for Assembly he has gathered a distinguished line-up of artists, composers and musicians who will explore the connection between the Neo-classical building and the bustling city life immediately outside it. Among them are the artists Haroon Mirza and Lawrence Lek, the electronica musician Karen Gwyer and the composer John Lely, each of whom will work with recorded or live field recordings from the neighbouring streets, to explore the sonic world and social conditions of the metropolis. Lek’s collaboration with the sound designer and composer Seth Scott and the 3D designer Robin Simpson, for instance, promises “an uncanny virtual and sonic double of the performance space” which reflects on the Extinction Rebellion protests that closed the neighbouring Waterloo Bridge earlier this year.

Mark Leckey has created an astounding spectacle at Tate Britain for O' Magic Power of Bleakness (until 5 January 2020; £13, concessions available). A life-size reconstruction of a concrete motorway bridge under which he played as a child on the Wirral in Merseyside, north-west England is a stage set for three video installations, all with a distinctive ghostly feel. In a new multimedia installation called Under Under In (2019), he uses a Victorian illusion technique called Pepper’s Ghost to conjure a group of young people flickering in an alcove. These kids also appear on a bank of screens, often masked and clothed in sportswear brands that, typically for Leckey, become a focus for the camera. In Fiorucci Made Me Hardcore (1999) and Dream English Kid (2015), Leckey collages together video footage of raves and club scenes, northern English “casual” culture and popular imagery and consumer products redolent of his youth. The result is a deeply atmospheric exploration of collective and personal memory, myth and reality, and the freedoms and limits of technology.