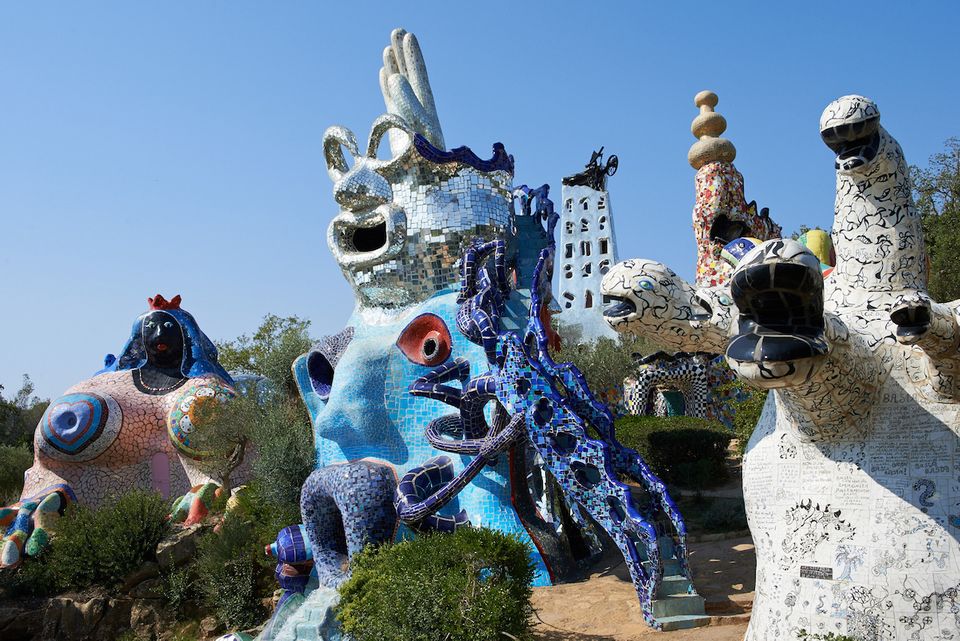 The first solo museum show in New York devoted to the French-American artist Niki de Saint Phalle features art and ephemera from the wildly prolific artist, who worked across an array of mediums but is perhaps best known for her large, ebullient sculptures of women. In addition to sculptures, paintings, lithographs and jewellery, the real treat of the exhibition are the maquettes, photographs, and process videos from some of Saint Phalle’s most ambitious public projects, including playgrounds in Belgium and Jerusalem and a fountain in Paris. Among them are videos, photographs, drawings, models and other ephemera documenting the construction of Tarot Garden, Saint Phalle’s magnum opus which takes the form of a massive architectural park and sculpture garden outside of Rome, which the artist worked on from the 1970s until her death in 2002. With more than 200 works in the show, the takeaway may be Saint Phalle’s ability to use a playful touch to create a fiercely smart feminist body of work that poses hard questions but never loses sight of joy. 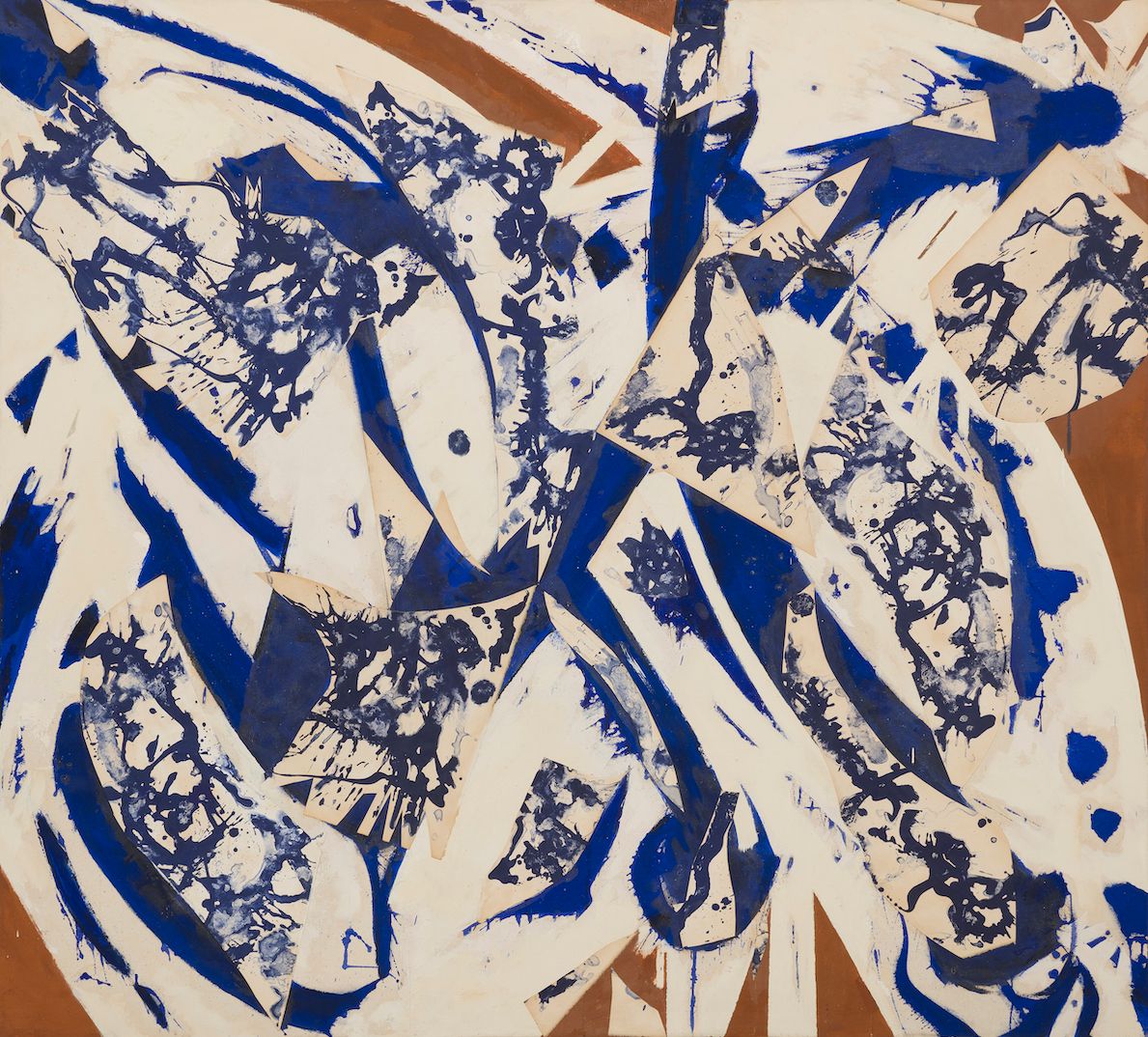 “I am not to be trusted around my old work for any length of time,” the Abstract Expressionist artist Lee Krasner once famously said, and this solo exhibition illustrates why. Cut-and-pasted scraps of Krasner’s gestural paintings and charcoal sketches from her time studying under Hans Hofmann are reinvented as the 12 large canvases in the show, which were created over four decades but during a few specific, concentrated spurts. The exhibition includes Seated Figure (1938-9)—Krasner’s earliest experiment with this innovative practice that translates the papier collé techniques of Picasso and Matisse to canvas. It also reunites works from her landmark 1955 solo show at the Stable Gallery where the artist presented slices of paintings she showed four years earlier at an unsuccessful Betty Parsons Gallery exhibition. The show is an American complement to the two-year traveling Krasner retrospective that recently toured between four European museums and closed at Guggenheim Bilbao in Spain in January this year. 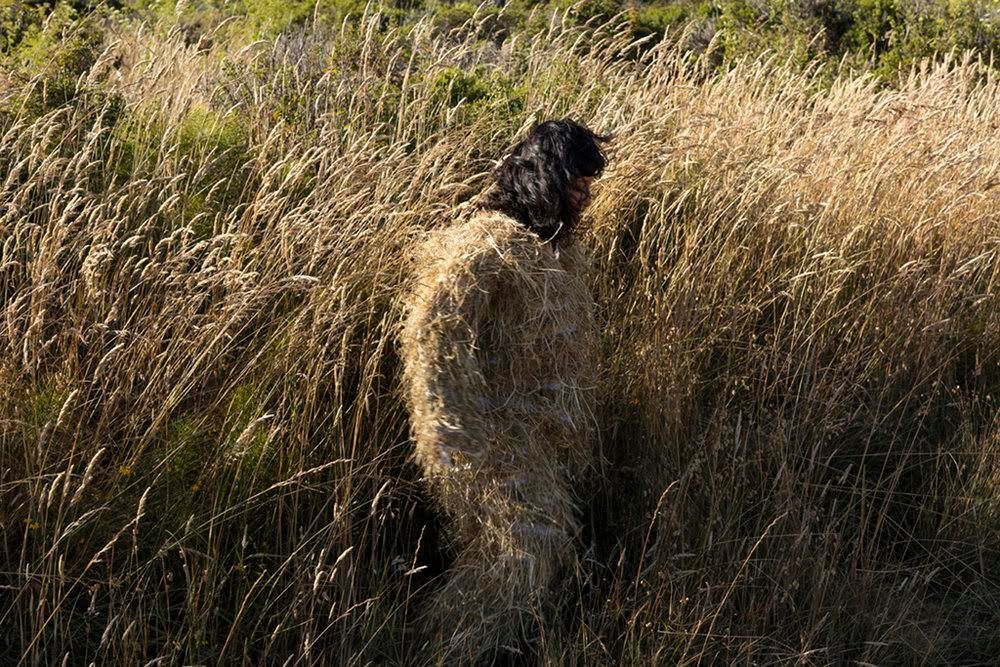 The landmark triennial features the work of more than 40 artists from the US and Puerto Rico who, through diverse practices ranging from painting to video art, explore ideas around the Latinx experience in America, from the politics that impact their communities to the rich aesthetic vernacular that distinguishes them. The show was postponed due to the coronavirus pandemic but was previously timed to coincide with the presidential election to reflect on the Donald Trump administration’s draconian immigration policies. It launched online last year with the crowd-sourced project Obituaries of the American Dream (2020) by the Dominican artist Lizania Cruz, in which the artist asked participants to share their testimonies of disillusionment with the idealised image of American life. The work culminated in an engrossing newspaper that is now available to pick up on-site at El Museo, and which includes interviews, book excerpts and archival articles dealing with the slow development of immigration issues in the US. This and other projects, including an interactive map showing the pervasiveness of ICE facilities across the US and which politicians fund them, are also viewable online for those outside of New York.