From Pope.L’s overdue retrospective at MoMA to meditations on the climate by Andrea Bowers at Andrew Kreps 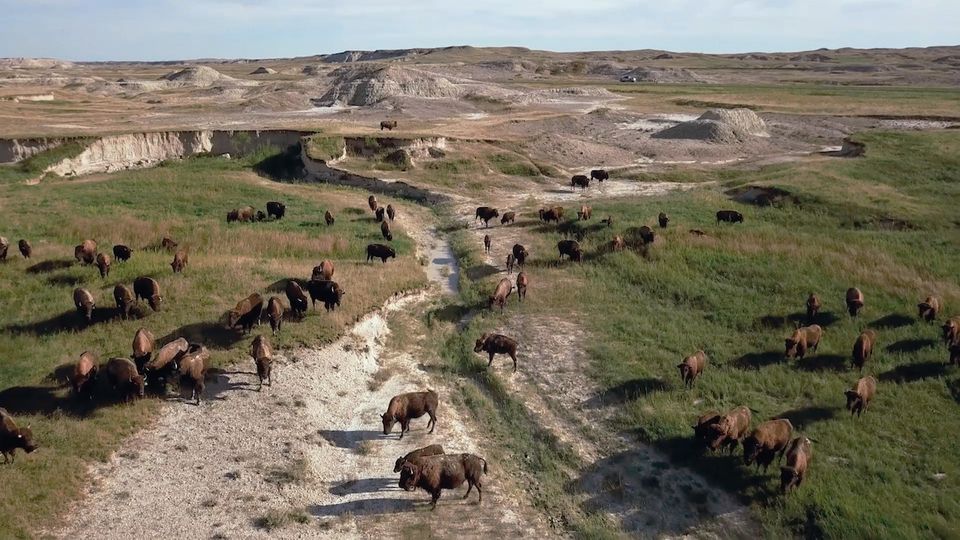 Andrea Bowers: Think of Our Future at Andrew Kreps Gallery (until 15 February) presents a stirring video that profiles the youth climate activist Tokata Iron Eyes, a member of the Standing Rock Sioux tribe. In 2016 Iron Eyes became active in the protests against the Dakota Access Pipeline, which has now been constructed across sites sacred to Sioux tribal nations. Bowers produced the 51-minute video, called My Name Means Future, over four days with a group of artists and activists last September; it includes interviews with Iron Eyes (who is named after the Lakota word for ‘future’) and panoramic drone footage of landscapes and spiritual sites in North and South Dakota. The Los Angeles-based artist, who is best known for works that address topical societal concerns, has also created a series of neon sculptures from repurposed and recycled materials that evoke tree branches and incorporate quotes from eco-feminists.

Member: Pope.L, 1978–2001 at the Museum of Modern Art (until 1 February) examines more than two decades of work by the seminal thinker and provocateur. The show is primarily composed of ephemera and documentation from his landmark performances in addition to videos and photographs. Some objects included are the Timberland boots worn by the artist during his 1997 ATM Piece, in which he, clad only in those boots and a skirt made of dollar bills, used a string of sausages to chain himself to an automated teller machine where he intended to hand out cash to bank-goers. Also present is the artist’s Superman costume, complete with worn-through kneepads, from his 2001–09 performance The Great White Way: 22 miles, 9 years, 1 street. The current show’s title refers to the conversations that the artist's work sparks around accessibility and societal barriers of entry, although surely its cheeky phallic meaning was doubtless considered as well. An overdue retrospective, it cements Pope.L as one of the critical artists of the era.

Krzysztof Wodiczko: Monument, the latest commission of the Madison Square Park Conservancy, honours the poignant experience of refugees fleeing civil wars. The Polish-born artist has created a 25-minute video in which the likeness and spoken narratives of resettled refugees are projected onto a statue of the Civil War-era Admiral David Glasgow Farragut in Madison Square Park. “Speaking from the monumental pedestal, [...] the refugees wish to contribute with their public voice to ending of civil wars, as well as to a closer understanding of the refugees’ lives and of the help they desperately need,” the artist says. “The presence of a diversified public park audience is in fact the most welcoming situation and a reason for such a project to be public.” The video is complemented by a series of programmes, lectures and events and runs every evening except Sundays until 10 May.