Three exhibitions to see in Basel this weekend 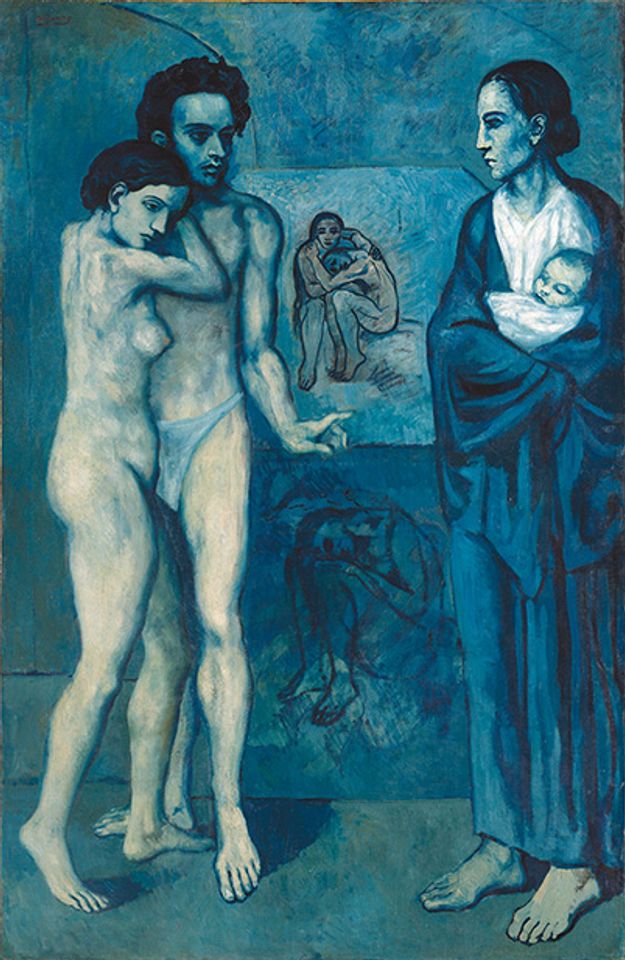 The Early Picasso: Blue and Rose Periods (until 16 June; tickets SFr30, concessions available) —the “most expensive and ambitious” exhibition ever staged at the Fondation Beyeler—and now the second most popular in the museum's history. As we went to press on Thursday, the exhibition had drawn 316,000 visitors. The chronological presentation of paintings, pastels and sculptures takes on the towering ambitions of a young Pablo Picasso. It follows the artist from the age of 19 in 1901, the year he launched his career in Paris and adopted the signature of “Picasso” (renouncing the “Ruiz” surname of his painter father), up to the 1907 primitivist study for Les Demoiselles d’Avignon in the Beyeler’s own collection. The aim, according to the curator Raphaël Bouvier, is to show how “Cubism can be understood as a continuous development from the Blue and Rose periods rather than a ‘break’ in Picasso’s work, as is so often contended by art historians”.

Also included in the ticket price of the Picasso show is the Beyeler's first major exhibition of the Italian artist Rudolf Stingel (until 6 October) in Switzerland since 1995. Conceived in close collaboration between the artist and guest curator Udo Kittelmann, the exhibition focuses on several series of Stingel’s paintings, alongside large-scale sculptures made of Styrofoam and cast metal.

The German artist Rebecca Horn is having her first solo exhibition in Switzerland in more than 30 years with Rebecca Horn: Body Fantasies at the Museum Tinguely (until 22 September; tickets SFr18, concessions available), which combines early performance works from the 1960s and 70s with later kinetic sculptures from the 1980s onwards. A section aptly titled Flapping Wings, includes a series that Horn created in response to White Body Fan (1972)—a performance in which she wore a pair of wings and recorded the patterns of movement as she raised her arms. Another major theme in her work is the flow of blood, which is explored in Overflowing Blood Machine (1970), a pseudo-medical contraption comprised of a figure with blood-filled pipes draped around them. The Basel show is being shown concurrently with Rebecca Horn: Theatre of Metamorphoses at the Centre Pompidou Metz (until 13 January 2020), which focuses on Horn’s films and their place within the context of the Surrealist artists who inspired her.

The distinctive angular, splintered style first developed by Pablo Picasso and Georges Braque is explored in depth in the Kunstmuseum's exhibition The Cubist Cosmos: from Picasso to Léger (until 4 August; tickets SFr25, concessions available), which traces the evolution of Cubism from 1908 until the years immediately following the First World War. A collaboration with the Centre Pompidou in Paris, the show is close to the Kunstmuseum’s heart: the Basel institution boasts an important collection of Cubist works donated by the Swiss banker Raoul La Roche. Organised into nine thematic sections, it opens with rooms on the early inspirations of Cubism: Primitivism and the work of Paul Cézanne. Further rooms explore subjects such as experiments in form and colour, moves towards collage and assemblage, and those who promoted the movement. One of the final sections aims to expand the Cubist canon by looking at the Salon Cubists, including Gris, Léger, Robert and Sonia Delaunay, who embraced and developed the new style. “I think you can safely say that 20th-century art as we know it would not have existed if Cubism had not taken place,” says the show’s curator Eva Reifert. “It has been mined by almost everyone who has come after.”