With huge international art fairs a logistical impossibility, the Hong Kong Art Gallery Association explored what remains feasible with a small local art fair, Unscheduled (17 to 27 June). Undeterred by the looming National Security Law, which as of today installs mainland-type prohibitions on political dissent, 12 galleries with spaces in Hong Kong organised solo booths in the Duplex Studio in the Police Headquarters Block at Tai Kwun Centre for Heritage and Arts. "It was a beautiful reunion with old friends, and we've also met a number of new collectors,” says Arman Lam, the director of Hanart TZ Gallery, which just moved from the Pedder Building to Kwai Chung. “The HKAGA team did an incredible job, and the fair is sophisticatedly done. I wish there will be a second edition next year.”

Hong Kong’s dealers had floated the idea of a pop-up fair since Art Basel in Hong Kong announced its cancellation in February, but execution had to wait until anti-pandemic measures loosened in the city, which never underwent a full lockdown. “Unscheduled has exceeded my expectations in terms of its success across all metrics. Almost all of the galleries have reported strong sales and visitor attendance has been fantastic as well. Collectors, curators and art lovers alike have all responded enthusiastically to the alternative nature of the fair and the quality of the art presented,” says Willem Molesworth, the director of de Sarthe Gallery Hong Kong who co-organised Unscheduled with Rossi & Rossi co-owner Fabio Rossi. “The art market in Hong Kong remains resilient, strong, interested and invested in cultivating art emerging from Asia.” 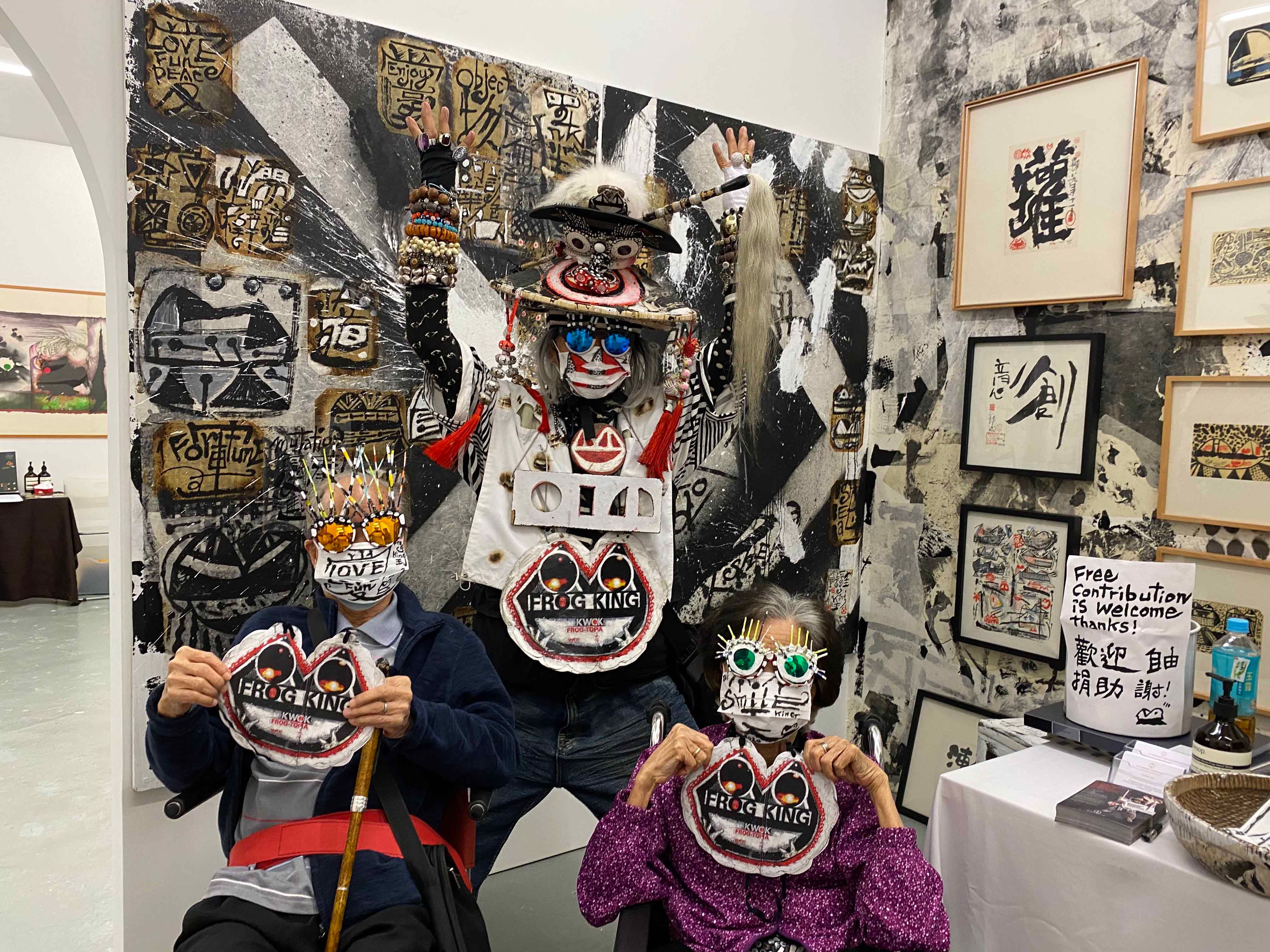 With a space designed by Beau Architects and organised by Ying Kwok and Sara Wong, Unscheduled attracted a total of 2,836 visitors, including 421 on the first Saturday. “It’s been a steady flow and with not too crazy crowds which is best because when there are too many people you can’t really talk. People are asking questions and are truly curious to learn more. I think it has brought out newer audiences for us,” says Katie de Tilly. The 10 Chancery Lane Gallery owner exhibited work by the Hong Kong icon Frog King, who “is always a bright and wild presence wherever he goes and he has given out over 500 hand-painted masks for visitors. All galleries have sold work.”

Lam reports selling several abstract paintings by Irene Chou before the opening by email, while most of the rest sold during the fair’s preview.” Perhaps cognisant of the HK$10,000 stimulus payments going to every resident, prices of Chou’s “mini-pieces" were HK$10,000-$70,000, with medium and larger works going for HK$280,000-$600,000. A fair spokeswoman adds that Contemporary by Angela Li's sold works by Ng Chung including Flamboyance for HK$230,000 and Little Maotai for HK$15,000, while Lucie Chang Gallery saw strong sales of new works by Aruta Soup for around US$10,000 each.

"We showed work by a Hong Kong-based artist, Mak Ying Tung 2, with price points around US$10,000 and we sold everything in the booth as well as other works off-site through PDFs and photos,” says Molesworth of de Sarthe Gallery. He adds that he would like the see the fair continue on a yearly basis, particularly with Tai Kwun’s support: “It is a great venue to have this type of cultural engagement. It is not planned to be ongoing at this point but I know it will be discussed.” Beyond the ongoing digital experiments of the moment, Molesworth says: “Unscheduled offers what the internet can’t do and that is to see a work of art physically and to have a more personal participation and appreciation of the artist and their work.”