Are you a Turner or Constable man? David Hockney weighs in on Britain's greatest art rivalry

In behind-the-scenes footage from an award-winning documentary, the British artist talks about being part of the great landscape painting tradition 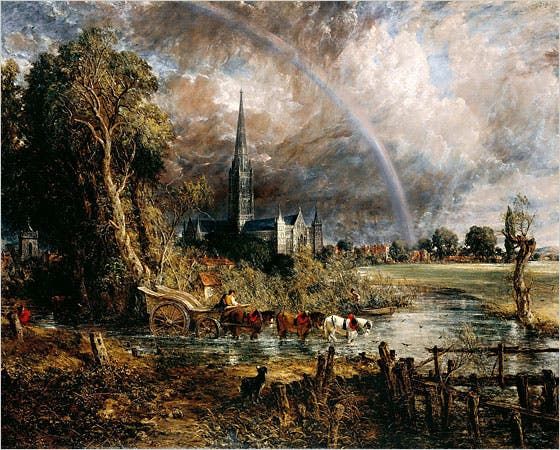 By this time in February 2007 David Hockney was viewing himself as part of the grand British landscape painting tradition. The year before he had been using multiple canvasses to scale up his plein air paintings of the East Yorkshire landscape to a monumental 12ft by 9ft, and now he was just about to show many of them at his Los Angeles gallery in a show timed to coincide with the exhibition of Constable’s Great Landscapes: the Six Foot Paintings at The Huntington Library in nearby Pasadena. That is where we find him in the video.

David had explained to me the timing in a filmed interview two months earlier: “I saw the Constable show at the Tate two, three, four times, I thought it was a stunning show if you like painting. Unusual, [that] they’d put together those large sketches; six-footers, 6ft by 4ft. But they were done in the studio of course, he couldn’t have worked outside on such a big scale—he didn’t have tubes of paint, you need a few technical things. But I thought it would be an interesting thing to do [to make my exhibition coincide]. This is from that tradition, showing you can push it into different areas, different scope, a different scale, perhaps you can even make landscape painting a heroic thing again. I don’t know, one can try. I think there’s possibilities there. Other people might not think so, but I do.” 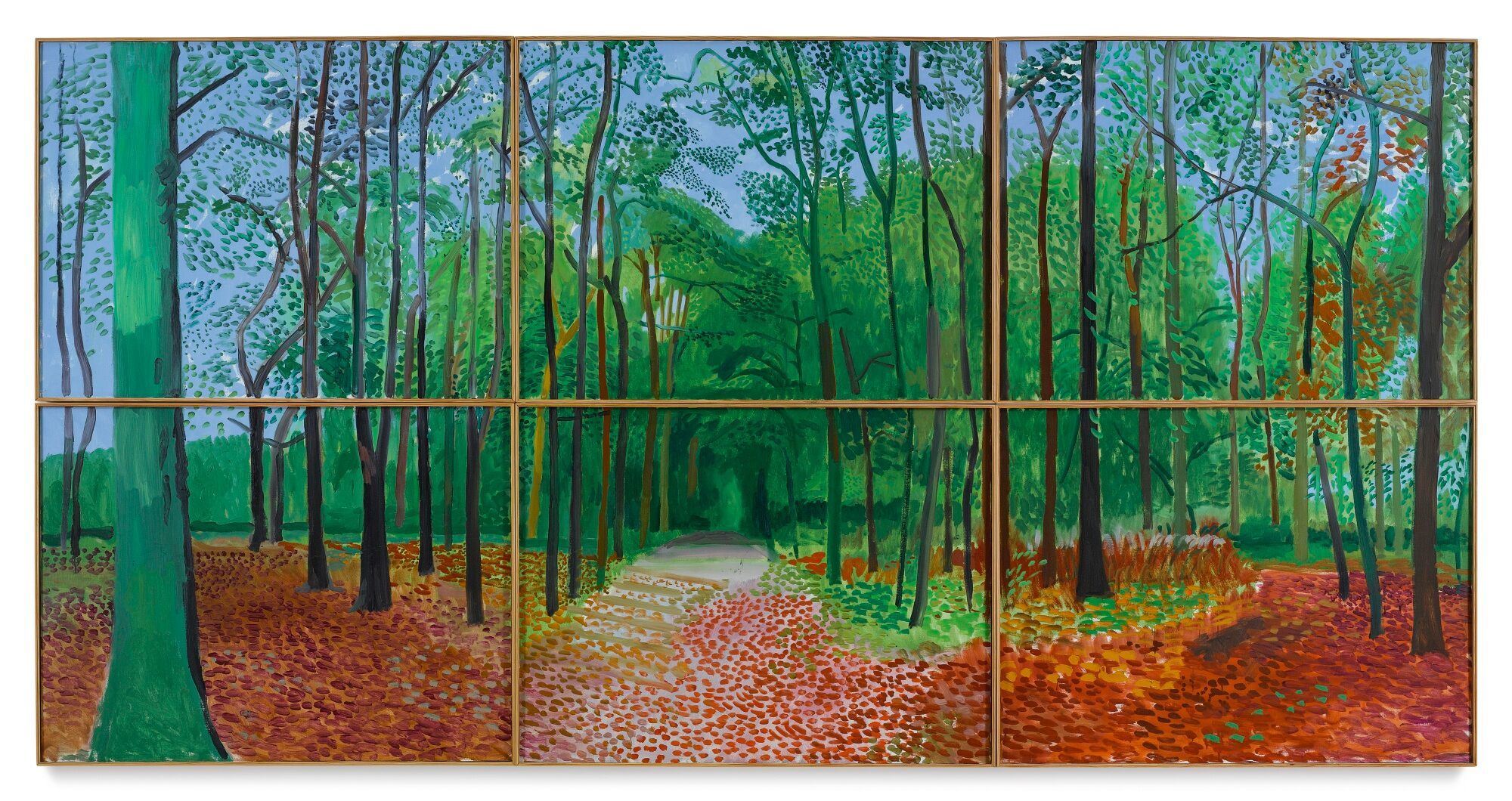 Over that year David had adopted or co-opted Constable, investing in him many of the same interests and inspirations that were animating his own landscape mission, such as Rembrandt and Chinese painting. He had even copied the same dark rich red background of the exhibition space for the walls of his LA studio, for his LA gallery show and for the large A Bigger Picture exhibition of his Yorkshire landscapes at the Royal Academy in 2012.

As David saw it, he and Constable were both outsiders in their championing of landscape: in the early 19th century it was a battle to give the genre a status equal to history or figure painting; for him it was a battle against the hegemony of photography, which cannot represent the spatial experience, or the "sublime".

David remembers a trick question set to him by the late Sister Wendy Beckett —a Carmelite nun, art historian, art critic and improbable TV art presenter. Is he more a Turner or a Constable man, a painter of special effects or a painter of feeling and of what he loves? David clearly is both, and points out the false opposition.

As usual I was operating camera and sound by myself, and found the gallery lighting next to impossible. Apologies.

Later that year, David helped to curate an exhibition of Turner watercolours at Tate Britain. His series of large paintings of Woldgate Woods were displayed in the stairway at the same time.

There has never been an age… in which the love of landscape has not in some way been manifested... [Man’s] nature is congenial with the elements of the planet itself, and he cannot but sympathise with its features, its various aspects, and its phenomena in all situations.