Art Basel: where political cartoons still have a home

As the New York Times bans satirical illustrations, Art Basel has plenty on show, from the 1920s to today 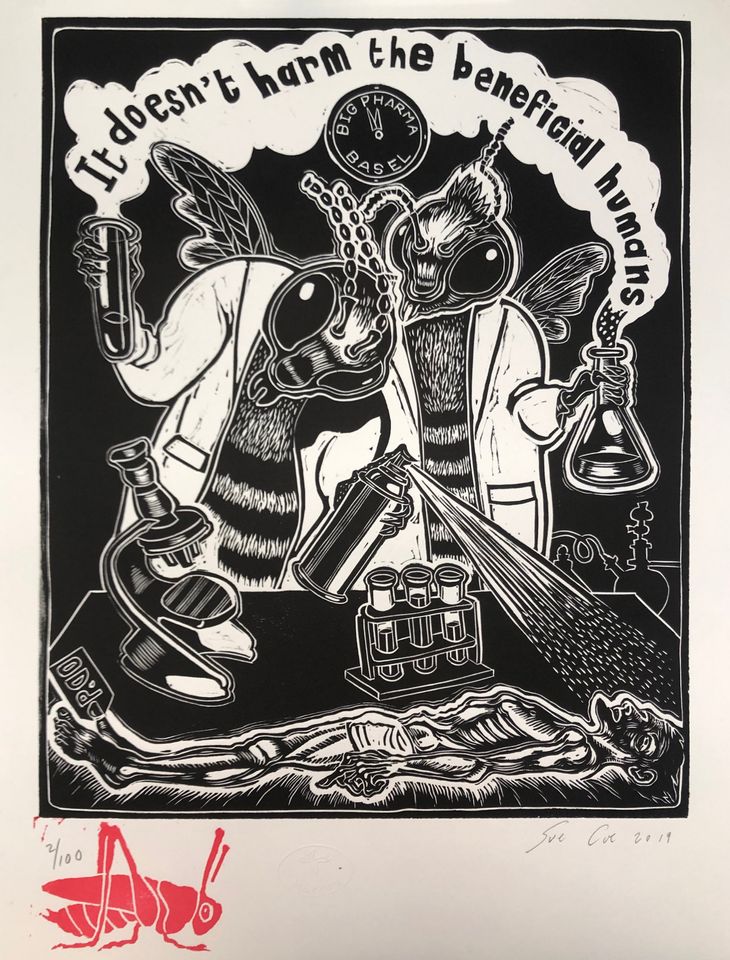 The international edition of the New York Times announced this week that it would stop publishing editorial cartoons, but the art of satire is alive and well at Art Basel.

The newspaper’s decision to scrap the cartoons followed controversy over an anti-Semitic illustration erroneously published in April depicting the Israeli Prime Minister Benjamin Netanyahu as a dog on a leash held by a blind Donald Trump.

While that image has been widely condemned as offensive, a blanket ban on satirical and political cartoons is being lambasted by many as a cowardly move that flies in the face of artistic freedom and the free press.

“What is the New York Times coming to?” asks the London-based dealer Richard Nagy, who is exhibiting satirical works from the 1920s and 30s by George Grosz and fellow German artist Otto Dix at the fair. “The Nazis banned political cartoons in 1923, certainly anything that lampooned the Nazi party, which Grosz had been doing for many years.”

There are many parallels between what is happening at the moment with what happened in the Weimar Republic in Germany, Nagy says. “Demonising the outsider, demonising intellectuals, demonising the free press—they were all planks in the fascist modus operandi to consolidate power,” he says. “In fact, in 1933 when Hitler was elected, one of the first things the stormtroopers did was turn up at Grosz’s studio in Berlin to look for him. He luckily had just gone to America, otherwise he wouldn’t have survived.”

New York’s Galerie St Etienne is also exhibiting works by Dix and Grosz alongside contemporary, highly politicised works by Sue Coe, a British artist who worked for many years as an illustrator and cartoonist for the New York Times after she moved to the US in the early 1970s.

“She came to New York with $20 in her pocket, went straight to the New York Times offices and sat there until they gave her an illustration job,” says the gallery’s director Jane Kallir.

Magazine censorship “has always been a problem”, Kallir says. “The most famous example of this was the case of a woman who was raped on a pool table in a bar in New Bedford, Massachusetts. Sue did a very graphic illustration of these two men attacking her for a publication in New England and they censored the rape. She was so furious that she did that subject as a mural-sized painting, now in the collection of New York’s Museum of Modern Art.” Kallir describes Coe as “a journalist artist, researching her subjects then exploring them in depth in a series of works”.

Galerie St Etienne is exhibiting two works by Coe, both with environmental themes. But the gallery has also brought a portfolio of prints satirising Donald Trump from just before he was elected US president in 2016. Ironically, Coe told the gallery to sell them quickly because “they’re going to be garbage in a week when Hillary Clinton is elected”, Kallir says.

There are also two new prints by Coe done specifically for Art Basel, casting a critical eye on Big Pharma. “Basel is the home of pharmaceuticals,” Kallir says. “Coe has been looking at the merger of Bayer and Monsanto [which have a large presence in Basel] earlier this year, and how all of these chemicals are poisoning us and poisoning the environment.”