As crowds are banned, Riga’s art biennial transforms into a three-week live set for a feature film

Riboca2 shows “the fragility of our world, and our vulnerability within it” 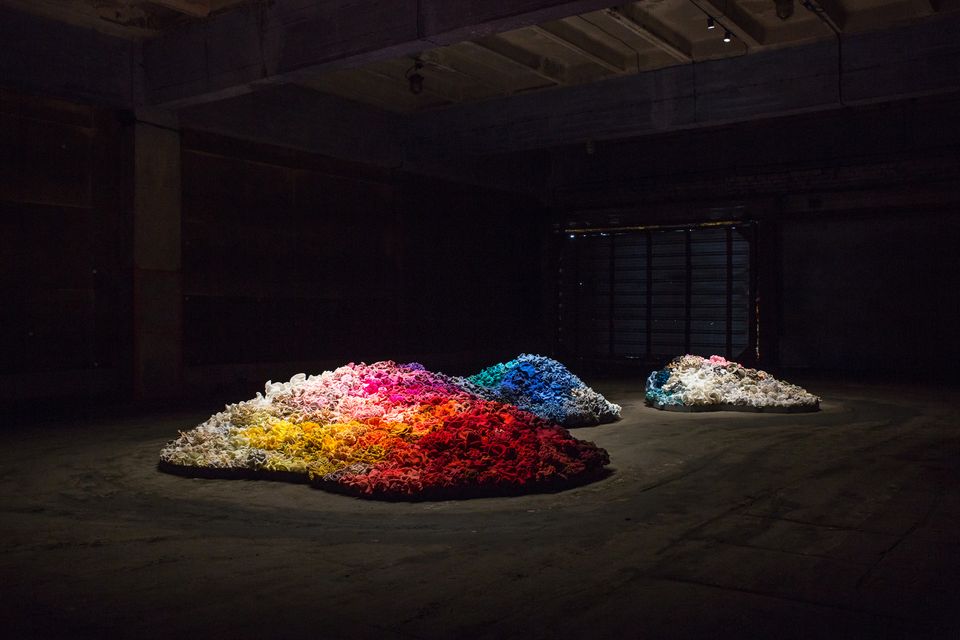 The huge Soviet-era factory that hulks over Riboca2 was once a grain sorting facility. Although now decommissioned, grains and wild seeds remain scattered throughout this elephant’s graveyard of industry. So birds gather in their hundreds, their murmuration suddenly filling the sky. The birds bring the stray cats, who prowl through the wild flowers that have grown waist high, and the stray dogs, who move in packs at the periphery of your eyesight.

This is Andrejsala, the name given to Riga’s derelict harbour. Could a better place be imagined for an international biennale of contemporary art titled And Suddenly It All Blossoms?

The title was given to Riboca2, the second arts biennial created in the Latvian capital of Riga, by the French curator Rebecca Lamarche-Vadel.

On show in the city until 13 September, Riboca2 includes more than 50 new installations and live performances—more than 85% of which are new commissions from across the Baltic region.

Speaking on a deckchair on the banks of the harbour, the grain factory looming overhead, Lamarche-Vadel calls Andrejsala “an impossible venue, made when production was not possible, and shown when crowds are illegal.” 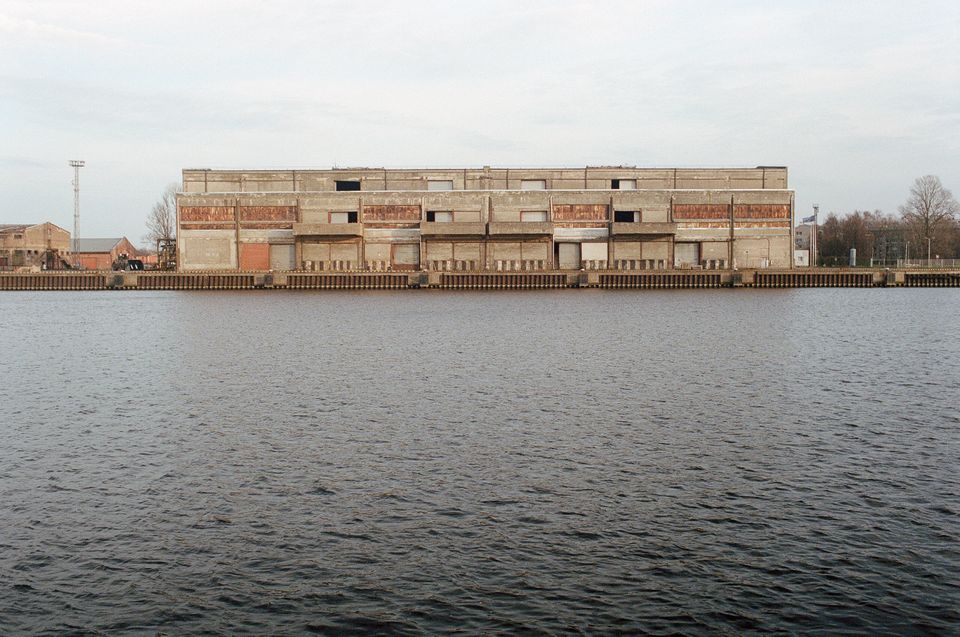 Covid-19 was a “co-curator” of Riboca2, Lamarche-Vadel says. The presence of the pandemic is consciously evoked throughout the course of the biennial, which is curated to explore “the limits of our power, the limits of our control,” Lamarche-Vadel says. “So many art shows are about showing power. This is about showing the fragility of our world, and our vulnerability within it.”

Riboca2 was originally slated for May. Quite before any of us had ever heard of Covid-19, the curatorial team had decided on a theme of ‘re-enchantment’. “We were forced to react and reinvent ourselves rather quickly,” says Agniya Mirgorodskaya, the founder of Riboca. “It resonated with our initial curatorial theme in a way we could never have expected.” 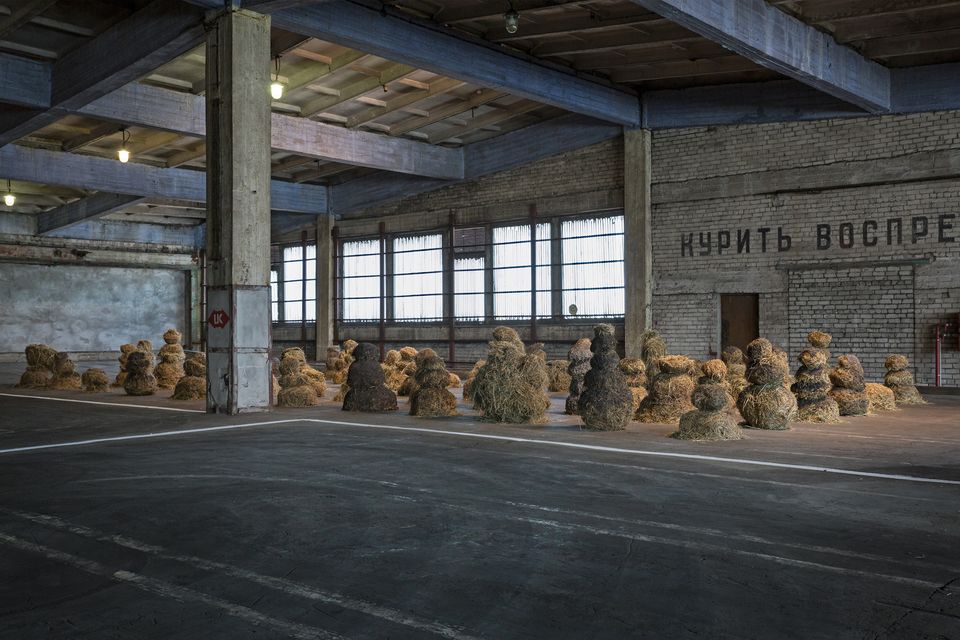 Much of the work was in the process of being installed when lockdown fell. Like dominos, virtually every art biennial scheduled to take place over 2020 was cancelled. But Riboca2 decided to forge ahead. “Reimagining the format has required us to be flexible, open and united,” Mirgorodskaya says. “Qualities which may be required from us all in the future.”

Anticipating a lower footfall, Lamarche-Vadel began to think of the biennial as a live movie set, in which visitors are able to witness and involve themselves with the process of a film as it is produced, shot and created around the installations. At a lunch break during the shoot, Lamarche-Vadel says the film captures “a dialogue between finished, unfinished and absent works, all inspired by Andrei Tarkovsky.” 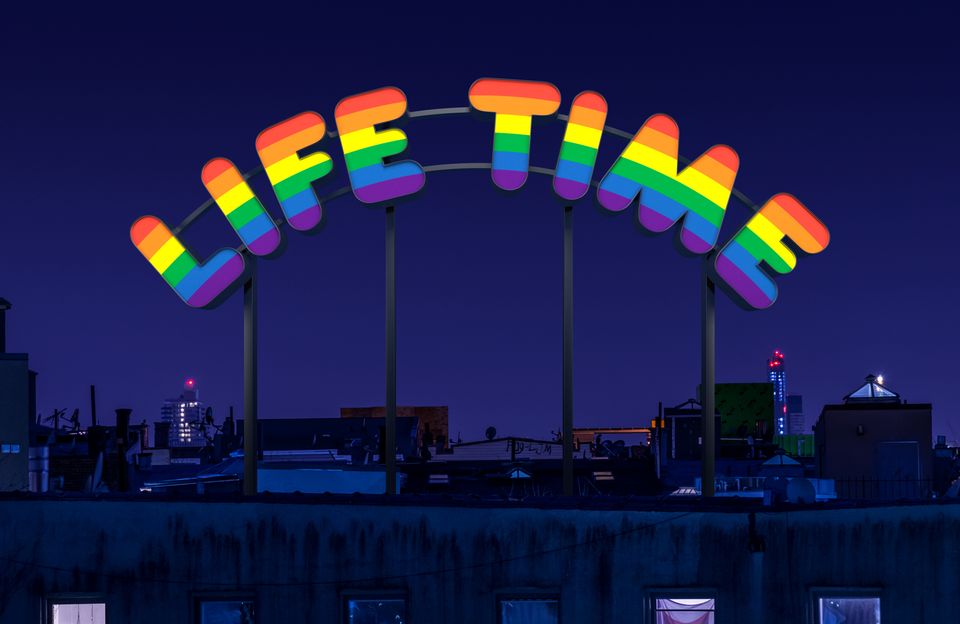 The feature-length film, co-directed by experienced Latvian feature film director Davis Simanis, will premiere in Riga in November before getting an international bow at a yet to be announced film festival in early 2021, and will take the work on display in Andrejsala to a large, international and cross-media audience fatigued by online exhibitions and starved of cultural events.

The biennial begins with a doorway situated under a rainbow-painted evocation of the phrase ‘life-time’ by the New York-based, Swiss-born artist Ugo Rondinone. Through the doorway, we find American artist Bridget Polk’s Balancing Rocks and Rubble performance —scores of sculptures created solely with the aid of gravity and the rocks and rubble found in Andrejsala. Polk throws a rock at a towering structure of balancing stones, smiling as they tumble to the floor. Later, Lamarche-Vadel delights at the gesture. “Bridget’s work situates the entire biennial,” she says. “We’re confronted with worlds that collapse, but can then be rebuilt—different, but maybe better.” 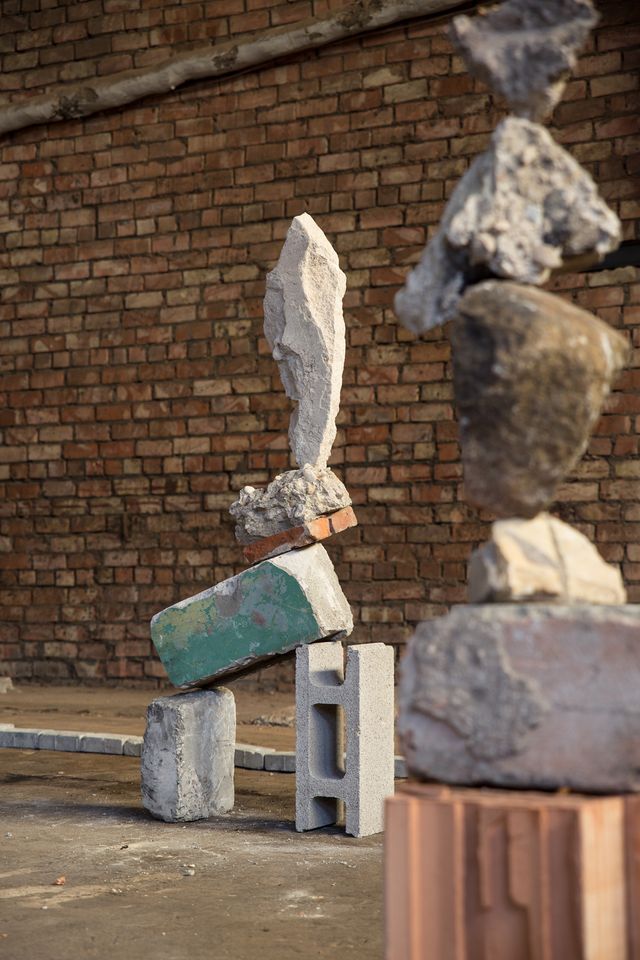