Countdown to the auction block: one Rodin's journey from consignment to sale room A member of Bonhams staff looks at a sculpture by Auguste Rodin before it is offered for sale. PA Images / Alamy Stock Photo

A work of art passes through many hands before it comes up for sale at an auction house—and we are not just talking about provenance. Here we count down to the appearance of August Rodin’s bronze work La Faunesse Zoubaloff (1885) from when it was consigned to when it will be offered at Bonhams’s Impressionist and Modern evening sale in New York on 12 November.

While auction houses continue taking consignments up until a few weeks before a sale, they typically start sourcing the works around three months in advance, if not more, according to Molly Ott Ambler, the head of Impressionist and Modern art, Americas at Bonhams. “Over the summer we start actively pursuing estates and visiting clients for our fall sales,” she says. In the case of La Faunesse Zoubaloff, the consignor came to the auction house.

Consignment negotiations can take anywhere from “ten years to ten minutes”, Ott Ambler says, but this one was pretty swift: “We had a relationship with the consignor of this work, who had sold with Bonhams before.” Once consigned, the work was collected from its Pennsylvania-based owner by the in-house courier and insured by Bonhams from that moment. Upon arrival, it was examined by registrars to ensure it was in the same condition as when it left the consignor’s hands. 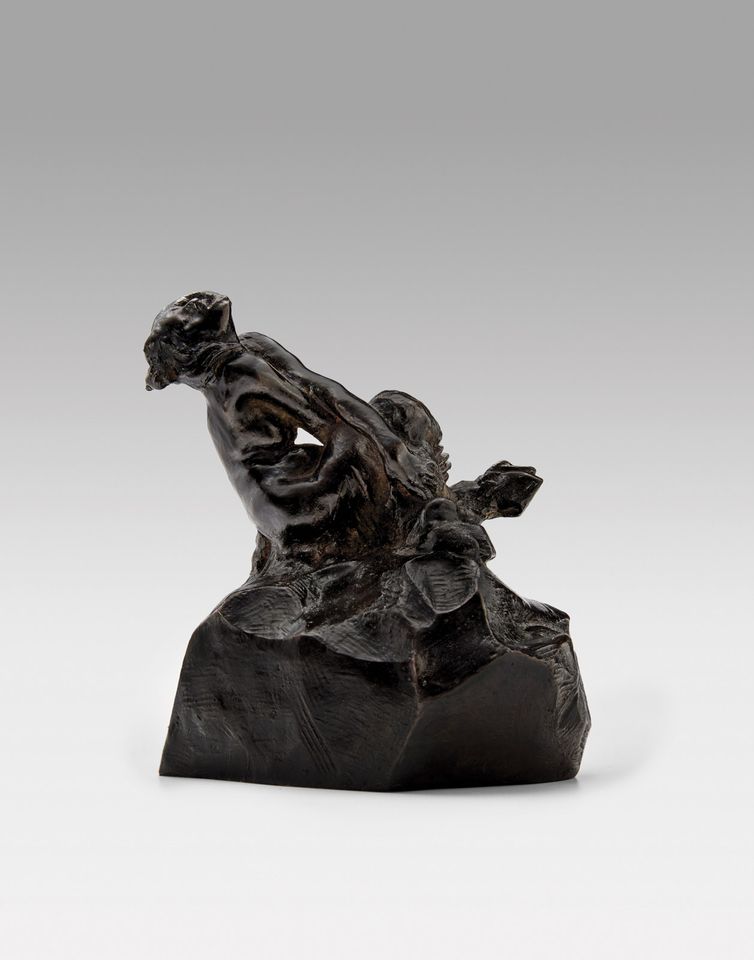 Specialists authenticate and value the work—La Faunesse Zoubaloff had been previously authenticated for a sale at Christie’s in 2008. “We based our estimates on previous auction records, but we also needed to consider that this work is a multiple, as most bronzes are, so that affects the price,” Ott Ambler says. But, she adds, “this is a rare form by the artist to appear on the US auction market—you see a lot of The Kiss come up rather than a Faunesse”. Moreover, it is a lifetime cast made for the first owner and passed through two well-known dealers of bronzes before being sold through Christie’s to its consignor. Bonhams arrived at an estimate of $100,000-$150,000 and then conferred with the consignor to set a reserve price.

From there the work was taken for its glamour shot and the catalogue entry written and finalised around three weeks before the sale, although Ott Ambler says these deadlines are increasingly closer to sale time as operations migrate online.

But “the most creative part of the sale process is setting the sale order,” Ott Ambler says. “It’s both an art and a science. We start with objects that we know will perform well based on market taste and decide as close as we can to the catalogue deadline—there’s a lot of reordering.” La Faunesse Zoubaloff was listed as lot 11 at the time of publication of this article.

Lots are put on view around a week before a sale. Particularly with sculptures, “it’s better to see them in person, so you can see all the angles”, Ott Ambler says. The bronze will remain on view until 3pm on the day of the evening sale.