Notes from a demolition: five works about the Wall in Berlin collections

From Frank Thiel's Stadt to Tacita Dean's Palast, some of the best works about the Wall and life in Berlin after reunification

Over the years, many artists have tackled the subject of the Berlin Wall, its collapse and the subsequent effects on Berlin life. Here are five works in Berlin collections. 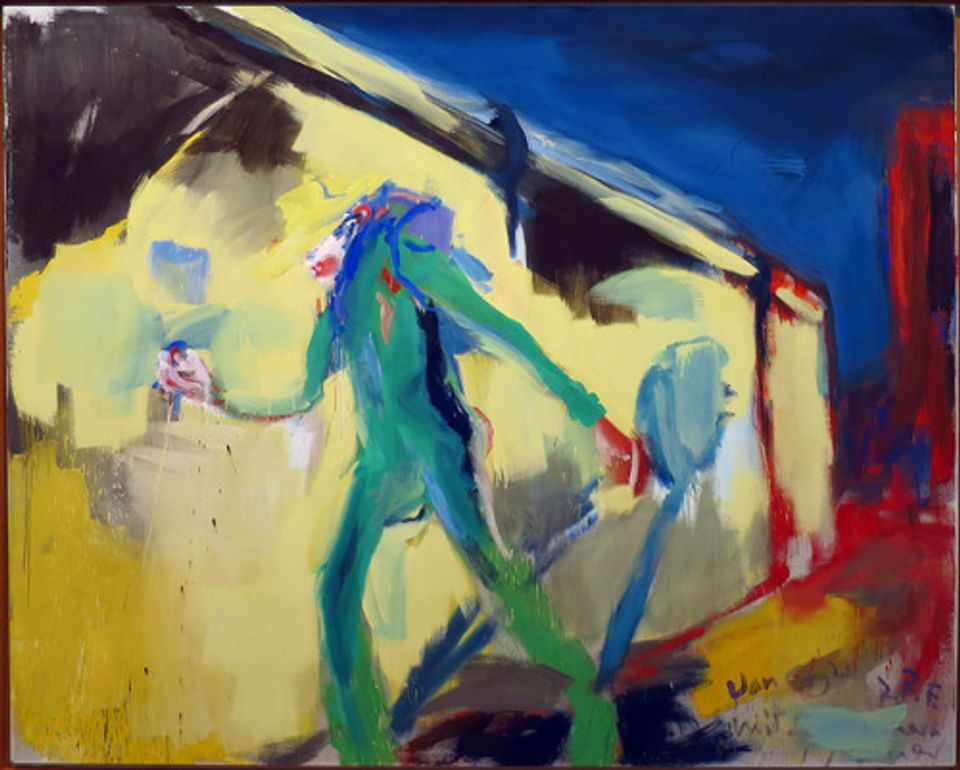 A work made while the Wall remained at its most imposing. A second wave of the German Neo-Expressionist movement emerged in West Berlin in the late 1970s from the scene surrounding the Galerie am Moritzplatz. The group became known as the Moritz Boys and the Neue Wilde, and among them was the painter Rainer Fetting (b 1949). The Berlin Wall became one of the central motifs in Fetting’s work. In Van Gogh und Mauer V, 1978, a huge green-coloured Van Gogh strides in front of the bright yellow Berlin Wall at night, demonstrating Fetting’s use of intense colours and vigorous brushwork; a vivid, expressive take on life in the shadow of the Wall. 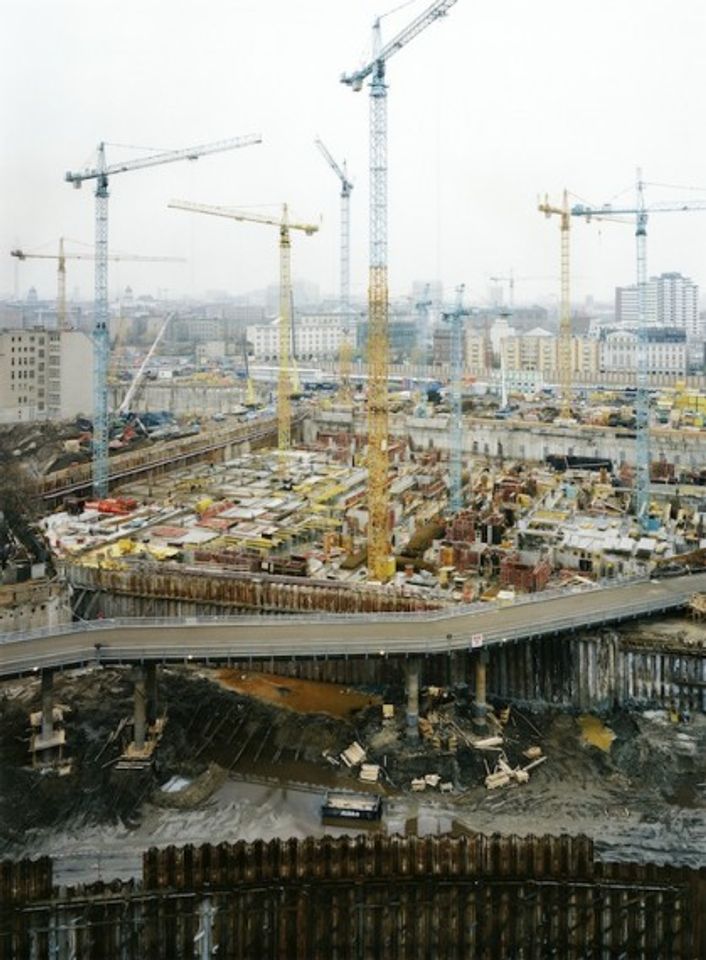 Berlin has been subject to constant transformation in the last quarter of a century. In an extensive project, the German artist Frank Thiel (b 1966) has photographed the city’s construction sites and its cranes, pipeworks, excavations and renovations since 1995. His large-scale photographs, such as Stadt 1/09 [Berlin], 1996, take stock of this mass transformation of a city, and by extension, of the destruction of large parts of the former East Berlin. 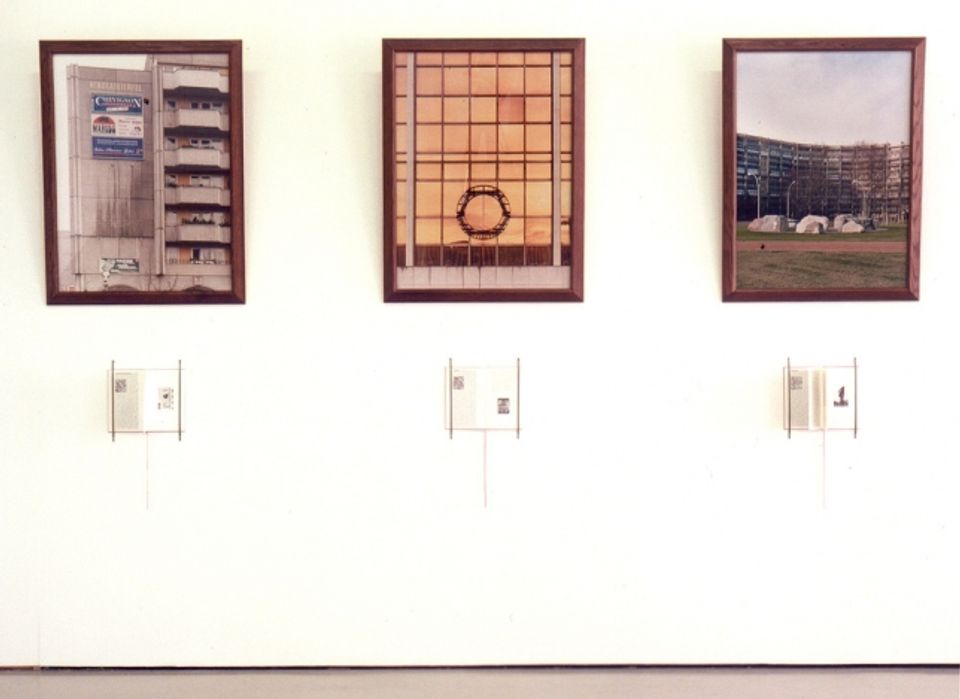 The French artist Sophie Calle (b 1953) investigated the disappearance of GDR memorials and state symbols in her 1996 series, “The Detachment”. She photographed the empty sites where these political symbols once stood and then asked residents and passers-by to describe and share their memories of them. The resulting historical witnesses’ accounts were often radically different. The centre photograph above shows where the emblem of the GDR had been removed from the windows of the now-demolished Palast der Republik. 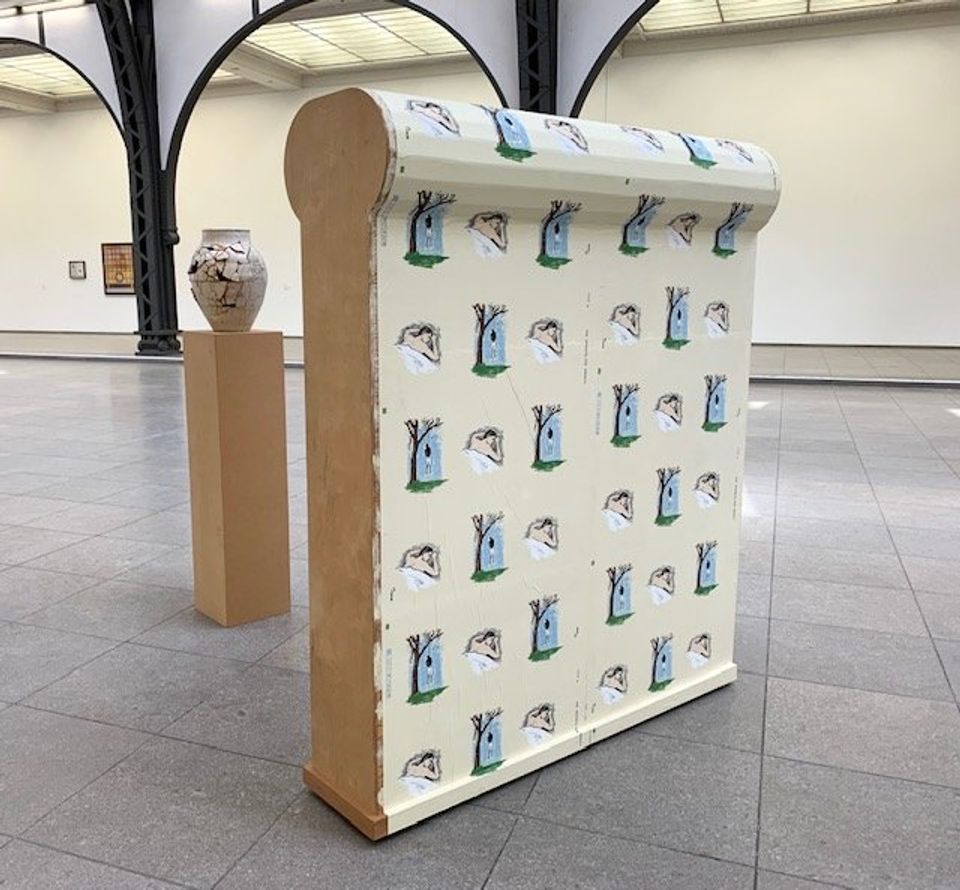 Martin Kippenberger's Put your Freedom in the Corner, Save it for a Rainy Day (1990)

Martin Kippenberger's Put your Freedom in the Corner, Save it for a Rainy Day (1990)

The master of warped appropriation Martin Kippenberger (1953-97), in typically contrarian mode, did not shy away from voicing his criticism of the dismantling of the Berlin Wall. In Put your Freedom in the Corner, Save it for a Rainy Day, 1990, the German artist created a scaled-down replica, in plywood, of a fragment of the Wall. He then covered it with wallpaper by the US artist Robert Gober, which depicts a lynched black man hanging from a tree and a white man sleeping. It stands besides a shattered vase crudely reassembled with glue. In Kippenberger’s explanation of the piece, he wrote: “Everybody cheered when the Wall was pulled down. That’s the wrong way to handle history.”

• On display at the Neue Nationalgalerie until 31 December 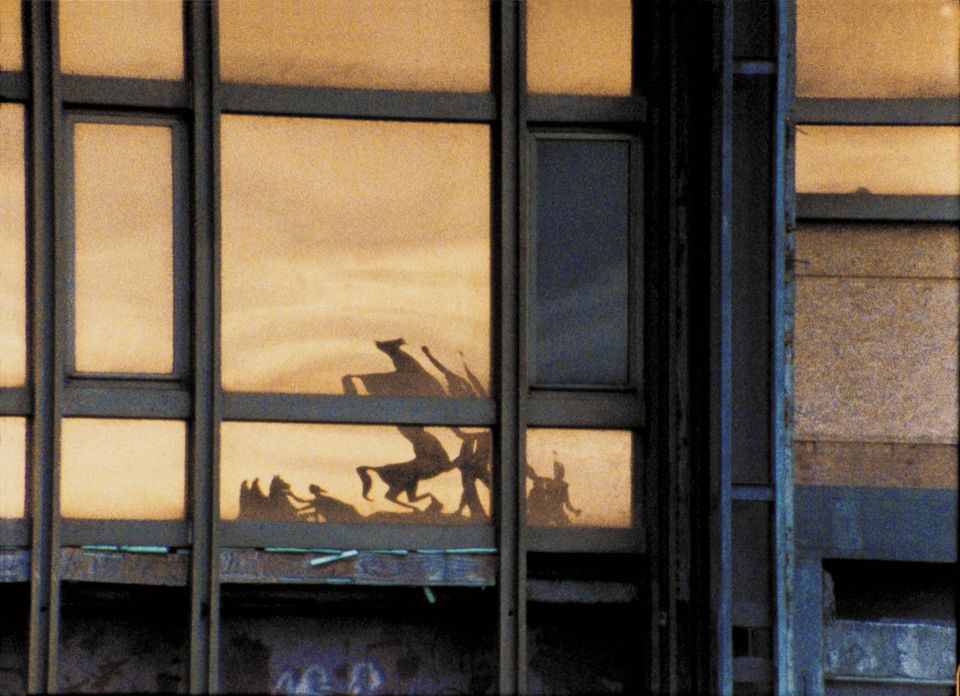 The former seat of the GDR parliament was in the Palast der Republik, a building controversially demolished in 2008. The British artist Tacita Dean (b 1965), who moved to Berlin in the early 2000s and devoted some of her work to Berlin’s architectural and cultural history, made a poetic film of the building. Palast shows tightly-cropped reflections of nearby buildings on the copper-coloured glass façade of the soon-to-be-demolished remnant of GDR. Among her other Berlin works is Fernsehturm, 2001, a film set in the rotating restaurant of the former East German TV tower—as a subtle sign of progress, it turns at twice the speed since reunification.