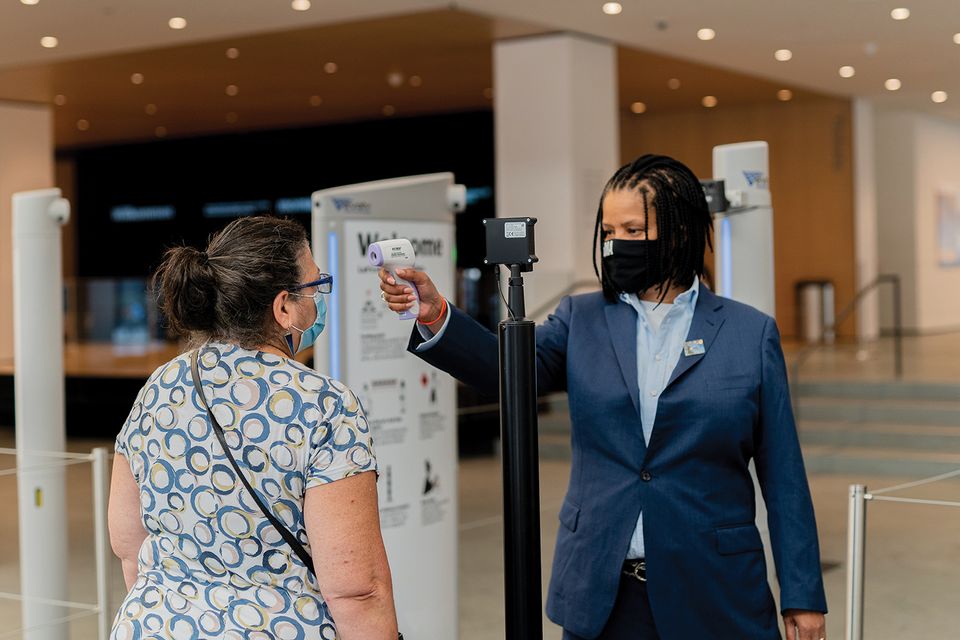 The double shock of 2020 hit museums hard, in ways that would once have seemed unfathomable for institutions that hold centuries’ worth of history in their vaults.

First came the extraordinary disruption of Covid-19, as enforced lockdowns closed 95% of museums globally this spring, according to a survey by the International Council of Museums (Icom) spanning 107 countries. Depriving museums of their core mission to share objects with the public, the pandemic sparked a rush of virtual tours, talks and DIY activities for audiences at home. The sector’s embrace of digital innovation was a rare silver lining amid the sharp financial crunch of months without income from ticket sales, cafés, shops, event hire and, in the US, glittering fundraising galas.

Museums that had enjoyed entrepreneurial success before the pandemic were all the more vulnerable to financial losses. The director of the Musée du Louvre in Paris, Jean-Luc Martinez, told The Art Newspaper that corona­virus was the worst crisis it had known in peacetime, and predicted that tourist crowds will not return to the world’s most visited museum until 2023-24. Even the Metropolitan Museum of Art in New York, with an endowment of more than $3bn and no shortage of generous donors, projected a $100m shortfall in the 2020-21 financial year, which it has since revised upwards to $150m or more.

Devastated by the slide in revenue and looming deficits, many American museums quickly adopted belt-tightening measures including layoffs, furloughs, early retirements and salary cuts. The Met had shed one-fifth of its 2,200-strong staff by August. New York’s Museum of Modern Art, which celebrated a $450m expansion in autumn 2019, curtly terminated the contracts of its freelance educators on 30 March with an email noting: “It will be months, if not years, before we anticipate returning to budget and operations levels to require educator services.”

Freelancers were plunged into uncertainty, as they ran the risk of falling through the gaps of governments’ emergency support schemes. Museum staff in the UK were better protected than their US counterparts, although mass redundancies among front-of-house teams at the Tate galleries (via a commercial subsidiary) and London’s Southbank Centre generated significant backlash. A redundancy consultation affecting around 100 employees at the Royal Academy of Arts in London is under way until 7 December.

After the screeching halt of the corona­virus shutdown, the process of reopening civic spaces for socially distanced visits was far more cautious. Reporters in five European countries sent dispatches in May illuminating safety procedures at their local museums that have since become ubiquitous: mandatory online bookings, one-way systems, masks, Plexiglass barriers and hand sanitiser in abundance. Many museums slashed their visitor capacity to 25% to accommodate distancing measures but, according to a spot check of London’s biggest art venues this summer, visitors are slow in returning.

As the year nears its end, the Asian art world is largely back up and running, while museums in parts of Europe closed again under a second wave of lockdowns in November. Indoor museums in the Los Angeles area have been closed since March and, as Covid-19 cases surge in the US, localised government restrictions have forced many reopened museums into another round of shutdowns. 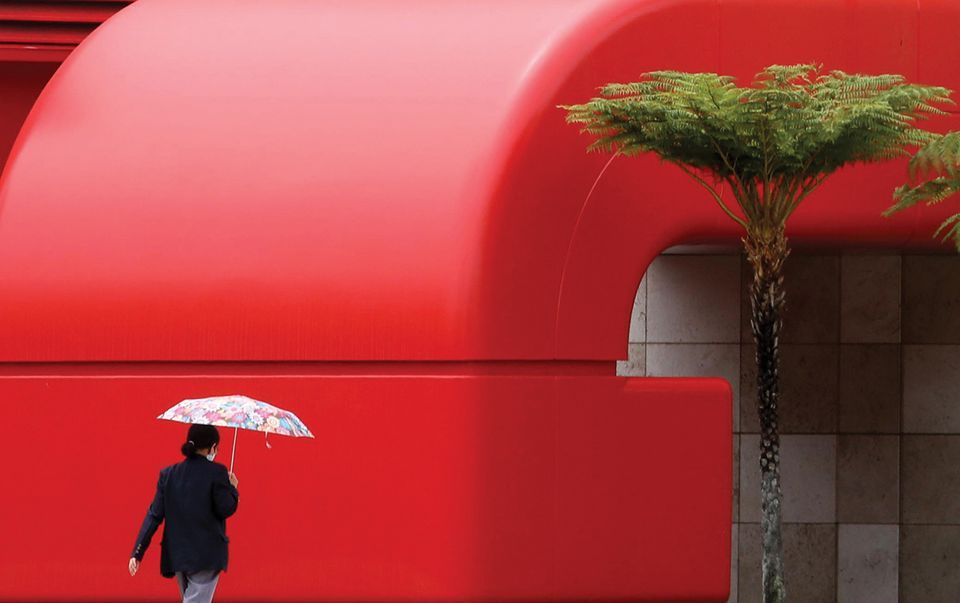 The uncertainty has left museum leaders wondering how to make ends meet. Besides payroll, directors are eyeing blockbuster exhibitions as the next most expensive item on the balance sheet to scale back. Calls to rethink the bigger-is-better business model are growing louder, questioning whether globetrotting shows of masterpieces and starchitect expansions are sustainable environmentally as well as financially. The future may mean going back to basics, with renewed focus on permanent collections and local communities.

Out of the second major shock of the year—the Black Lives Matter movement—came a deeper existential reckoning. Anti-racism protests in response to the killing of George Floyd in Minneapolis inspired a stream of statements of solidarity from Western museums, pledging to fight injustice and advance diversity in their institutions.

Yet senior managers soon found themselves on the defensive, fielding charges of white supremacy and hypocrisy from observers and, for several US museums, open letters from coalitions of frustrated employees urging internal reform. The Solomon R. Guggenheim Museum in New York was a particularly public example. Stung by a letter from current and former staff members alleging discriminatory practices, it unveiled a detailed plan in August to diversify its staff and to present and collect more works by artists of colour.

Concerns about training a white lens on art history led to the two-year deferral of a major Philip Guston exhibition featuring paintings of hooded figures evoking the Ku Klux Klan. It had been organised by white curators from the National Gallery of Art (NGA) in Washington, DC, the Museums of Fine Arts in Boston and Houston, and Tate Modern in London. “I am convinced we can’t do this show without having an African-American curator as part of the project,” said the NGA’s director Kaywin Feldman. But much of the art world reacted with dismay to the notion that the works could offend, pointing out that Guston’s intention was to critique racism. 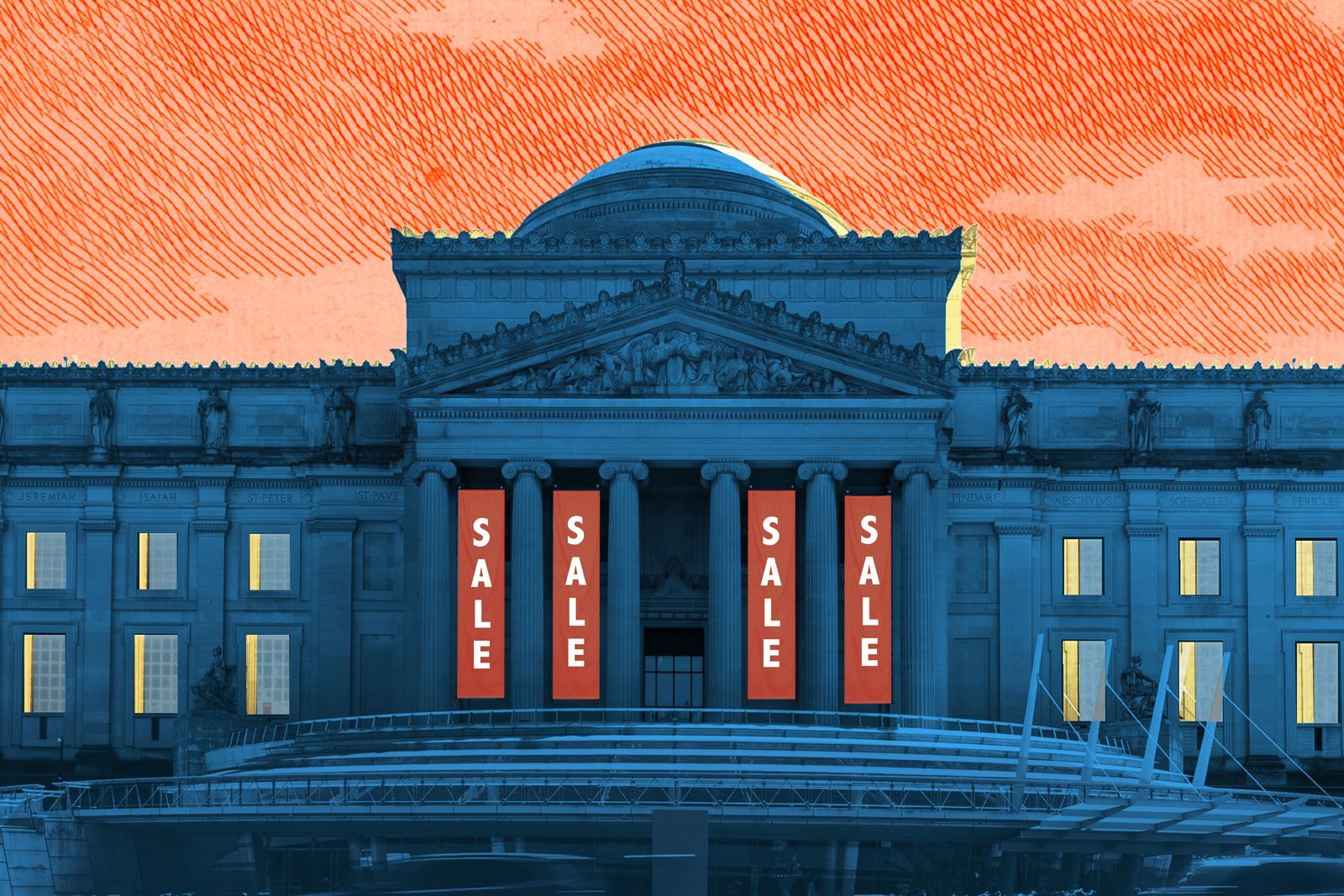 Controversy derailed a $65m plan to address salary inequity and promote diversity at the Baltimore Museum of Art by selling blue-chip works by Andy Warhol, Clyfford Still and Brice Marden. The museum called off the move hours before an auction in October after a last-ditch outcry from 15 former presidents of the Association of Art Museum Directors, which had previously approved the Baltimore plan in line with its April relaxation of deaccessioning rules to help American museums cope with the financial turmoil of Covid-19.

In Europe, Black Lives Matter fuelled activist demands for museums with colonial-era objects to return them to their countries of origin. Government attitudes have varied. The Netherlands promised new legislation based on a report endorsing unconditional returns of cultural heritage in agreement with source countries, while France passed a bill to transfer 27 artefacts to Benin and Senegal on an exceptional case-by-case basis. But in an official letter, the UK culture secretary clamped down on the removal of “contested heritage” at government-funded national museums, in favour of reinterpreting objects.

Encapsulating the identity crisis facing museums in 2020 was the backroom tumult at Icom surrounding the very definition of a museum. A proposed 99-word statement defining museums as “democratising, inclusive and poly­phonic spaces” that uphold values of “human dignity and social justice, global equality and planetary wellbeing” divided delegates at the council’s 2019 conference. Continuing conflict over revisions led Icom’s president to resign, along with six members of the committee that drafted the text. With a final vote on the definition due in 2022, museum members must “put aside ideological positions” to find consensus, said Icom’s new president, Alberto Garlandini.