Since the fall of the Wall, Berlin has established itself as the artists' capital

Despite not being rich, the city has a large percentage of professional creatives and a booming gallery scene 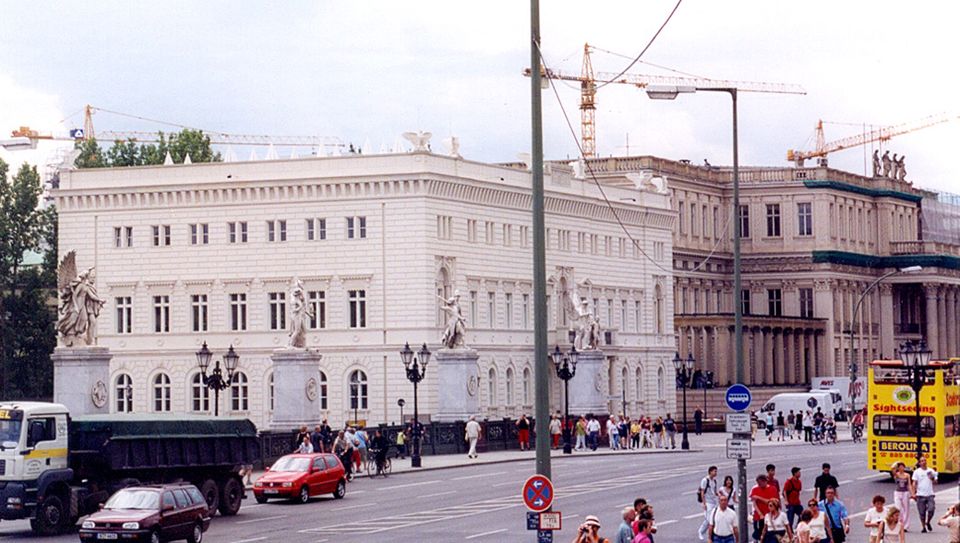 According to rough calculations by the German department of science, research and culture, there are more than 25,000 people professionally engaged in the arts and entertainment in Berlin, including artists, architects, designers, musicians and actors. This is is a high percentage given that the current population of Berlin is less than four million.

The city is not rich. The public subsidies of the Cold War days have dried up, It stands isolated in the middle of the plain of Brandenburg, an anomaly compared to the rich cities of western Germany. Despite, or perhaps because of this, Berlin exercises a great pull on artists and other creative people.

Since the fall of the Berlin Wall the number of galleries in the city has grown exponentially. At the beginning of the 1990s huge spaces could be rented at controlled rents, or used for free, particularly in parts of former East Berlin.

In particular, during the 1990s, the Mitte area of Berlin became the epicentre of the new artistic scene, which was concentrated in Auguststrasse and Linienstrasse.

Art produced in Berlin has been the subject of a large number of exhibitions, including “QUOBO” which shows site-specific works in the context of Berlin.

These exhibitions all tried to summarise the art of Berlin. It would once have been possible to identify a “Berlin look,” characterised by a temporary kind of aesthetic made up of architectural elements from the building site that was Berlin, or of simple trash.

The situation now is extremely multi-faceted, with a large number of different tendencies, including the pop and decorative styles of new painting (Michel Majerus, Franz Ackermann), the applied arts of the advertising age (Daniel Pflumm), and art generated by electronic music, and club culture (Carsten Nicolai, Rechenzentrum, Gerwald Rockenschaub).

Berlin’s art scene is booming; scores of galleries opened during the past few years and are still opening. The scene is now quite mature, and galleries have supplanted unofficial spaces opened by artists themselves, so that younger artists find it more difficult to exhibit work.

Institutions which have contributed to the internationalisation of the art of Berlin include the Kunst-Werke gallery, which is currently collaborating with P.S.I./MoMa in New York; Buero Friedrich, a non-commercial gallery run by the Dutchman Waling Boers, who organises conferences, exhibitions and meetings with artists; and a number of institutions that offer scholarships to visiting artists, such as the DAAD, the Kuenstlerhaus Bethanien and the American Academy.

The DAAD (the German Academic Exchange Programme) has an artists-in-residence scheme which allows artists, writers and musicians from abroad to spend a year working in Berlin.

This scheme was set up in 1963 by the Ford Foundation and is now financed by the Ministry of Foreign Affairs and the Berlin senate.

Some of the artists invited to spend a year have chosen Berlin as their permanent home: Jimmie Durham and Angela Bulloch, Aura Rosenberg, John Miller, Katerina Vincourova, Ann Sofi-Siden.

The Cultural Senate of Berlin occasionally awards scholarships to young artists living in the city, and it also supports the activities of the institutions in Berlin which are devoted to contemporary art, for example the Kunst-Werke (DM1 million) and the Kuenstlerhaus Bethanien (DM1.4 million).

These institutions go some way towards compensating for the lack of a public contemporary art gallery, plans for which were abandoned in 1993 when cuts were made to the city’s budget after reunification.

• This article was first published in September 2001 under the headline: The artists’ capital