Tradition in flux: the shifting landscape of Tefaf Maastricht

With new exhibitors, two preview days and refreshed floor plan, the grande dame of art and antiques fair is changing, albeit slowly The first aisles of the 31st edition of Tefaf Maastricht (which opened on 8 March and runs through 18 March) are testament to a changing of the guard in the Old Master world, still this fair's bread and butter. Only five years ago, getting a stand in the Mecc Maastricht was a case of waiting for dead men’s shoes—it was an old boys' club, new exhibitors a rarity. This year, there are 16 first timers among the 275 exhibitors, from antiquities specialists (Galerie Chenel and Safani Gallery) to Modern and contemporary art galleries (among them Perrotin, Massimo de Carlo and Mazzoleni).

Such flux affords changes in the once static floorplan. The former stand of Old Master specialist and long-time exhibitor Johnny Van Haeften (a plum spot on the main aisle) has now been given to the ambitious UK-based Tomasso Brothers Fine Art. “Johnny wanted us to have his spot” Rafaello Tomasso says, “so we thought we’d better do something really impressive.” With the ceiling raised an extra two and a half metres (at a cost of €1,500 per 50cm) the stand was papered with bespoke wallpaper created from scanned photographs of the walls of a villa in Pompeii, a fitting backdrop to what the Leeds-born Tomasso brothers refer to as a “Grand Tour de Yorkshire”. On Thursday’s early preview, the gallery sold a large painting of Castor and Pollux (1783) by Giovanni Battista Cipriani (price around €425,000) which dominated the back of the stand to a collector. Framing the stand entrance, the imposing pair of marbles attributed to Giovanni Battista Foggini and his workshop, depicting lions attacking a horse and a bull, also sold to a European collection (€1.75m). 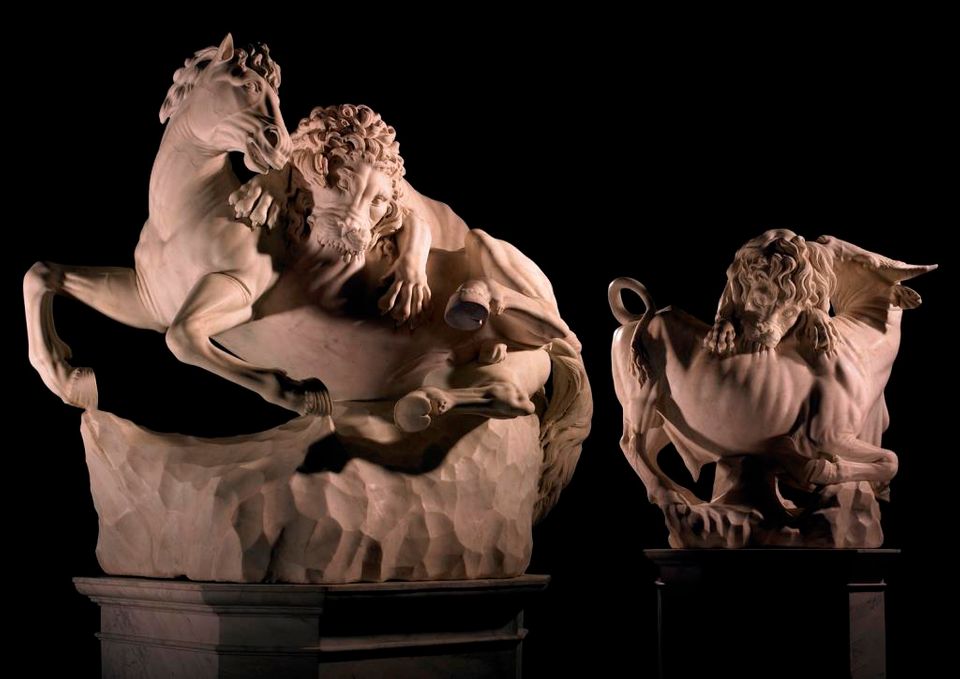 Although Van Haeften’s decision not to exhibit is because he no longer maintains a gallery, Tefaf’s transmuting exhibitor list is largely due to changing the application system three years ago, says Patrick Van Maris, Tefaf’s chief executive since 2015. “Now everyone needs to reapply each year”, Van Maris says. “Before that everyone who exhibited one year was invited again, so it was always the same. Of course, there was some resistance, but it’s good for new blood and new categories to come in, it keeps the fair sharp. The application process creates competition; if you know you can just come back every year, you get complacent.”

The London-based Lullo Pampoulides is exhibiting in the main section of the fair for the first time—last year the dealer took part in Showcase, five smaller stands for younger, first-time exhibitors. Like many of this younger generation of loosely labelled Old Master dealers, Andrea Lullo and Andreas Pampoulides are keenly aware of their brand, and their slickly presented mix of 20th century art to Old Masters to antiquities caters to both connoisseurs and their 40-something contemporaries who might dabble. As people collect across categories, knowledge can be shallower, so, Pampoulides says, “the vocabulary we use is not simplified, but more accessible”. By Friday, a couple who normally collect Impressionist and Modern art were looking at buying what might be their third Old Master—Mattia Preti’s depiction of Saint Sebastian (around 1655-1665, around €600,000). The gallery's confirmed sales included a rediscovered still life painting (artist not revealed) at €250,000, and a portrait of a man in a turban (around 1650) by an unknown painter in Rome (€250,000). Christ the Man of Sorrows by Luis de Morales, called ‘El Divino’, sold by Colnaghi at Tefaf Maastricht to a US institution. Asking price €1.2m Colnaghi

The New York Old Master dealer Otto Naumann supposedly retired after the sale of his some of his inventory at Sotheby’s New York in January. But, art dealers rarely really retire and, after not exhibiting last year, Naumann is back with a shared stand mixing his Old Master paintings with 19th- and 20th-century works belonging to his son Ambrose. The name on the front, Naumann Fine Art, “does not actually exist”, Otto says. “I applied but wanted Ambrose to take the stand under his name, which wasn’t allowed. Naumann Fine Art was a compromise.”

Debate over whether Tefaf should move from the small and difficult-to-access city in the southern Netherlands to Amsterdam or Brussels rumbles on year after year. “I think it could be reinvigorated in Amsterdam, somewhere where they don’t raise hotel rates and the infrastructure doesn’t collapse under the weight of visitors”, Naumann says. “It needs younger visitors, and if it loses a handful of major Old Master dealers, it could collapse. Not immediately, but it could.”

Van Maris, however, is firm on the Maastricht commitment and the event has just signed another ten-year deal to remain in the Mecc, an unlovely conference centre transformed each year by interior architect Tom Postma. “In 2019, we hope that it will be possible to have a direct plane to Maastricht airport, during the fair, from a hub like Paris or London. We haven’t decided where that hub will be, but it will happen”, Van Maris says. 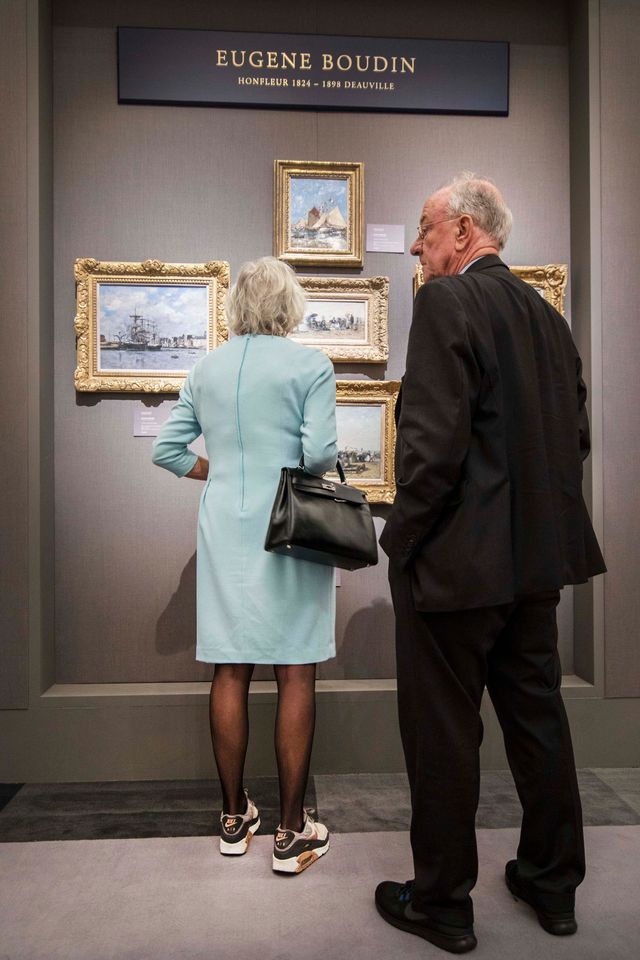 Often at fairs, the most contentious change appears trifling to observers. Here it was the decision to have two preview days, with fewer VIP tickets on 8 March. The Thursday opening traditionally ran until 9pm, by which time it had descended in a Bacchanalian crush as guests (often literally) fought over the last miniature truffle risotto and glass of champagne. The atmosphere after 5pm was hardly conducive to sales, and exhibitors and visitors have been complaining about overcrowding for years. So, this year tickets were reduced to 50 per exhibitor for Thursday with a second (elderflower only) preview on Friday, normally the first public day, which around 7,000 attended.

Van Maris acknowledges there was controversy about the decision: “We knew it was a risk and a challenge for the dealers to choose who to invite, but the feedback I got was very positive. There was nearly 5,000 people on Thursday, I think there was still a good buzz but people could have a good discussion with the dealers.”

Martin Clist, the managing director of London antiquities dealer Charles Ede, thinks the shift was positive: “We only had serious conversations with people. It got rid of the freeloaders.” Among the gallery’s sales, from €290 to six figures, on Thursday was an unusual Roman carved ivory relief (2nd-3rd century AD), depicting a drunken Papa Silenos held up by two satyrs accompanied by a procession, to a European dealer. Given the fast-changing legislation in the UK and US, intended to crack down on the illegal ivory trade, the gallery had priced it “very competitively” at €110,000 because, Clist says, “we didn’t want to have it for too long, in case more legislation is pushed through quickly.” A US museum had wanted to buy the relief, Clist says, but testing if the ivory was Asian or hippopotamus (which are admitted to the US) or African (now banned) would have taken too long. It is unusual for ancient ivory to survive—the organic material normally decays—and this relief came from the collection of Giorgio Sangiorgi, who was given it by Giacomo Boni in 1927. 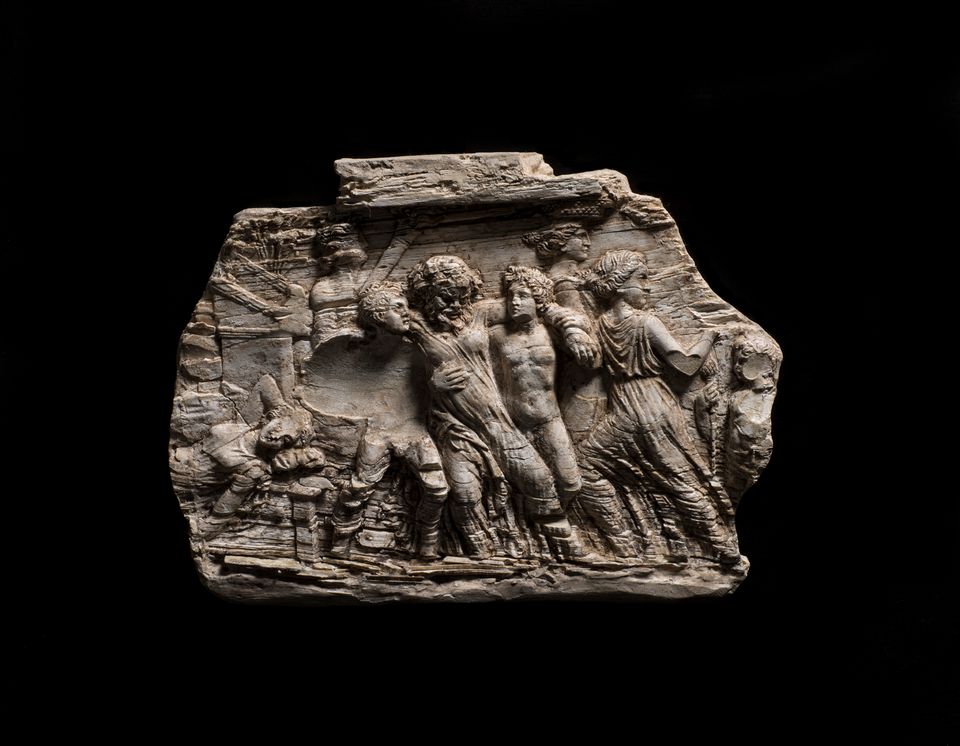 While Tefaf is pre-eminent in the Old Master and antiques field, the contemporary and Modern art on view is more “schizophrenic”, as one art advisor observed. This year, the direct clash with New York’s The Armory Show and London’s post war and contemporary art auctions this past week undeniably detracted attention from a certain crowd. But while it is still “the” fair for the traditional art community, Tefaf has always sat at an aside to the contemporary art fair circuit (although more blue-chip contemporary art galleries, such as Lévy Gorvy, will join Tefaf New York Spring in May this year).

Rudy Lacroix of Perrotin's Paris location says the gallery exhibited at the first Tefaf New York Spring in 2017 and wanted to try the original. “We are a contemporary gallery but we also have the estates of Hans Hartung and Jesús Rafael Soto, so because of the level of collectors here, we have bought works by those artists, alongside others that the audience is familiar with, such as Heinz Mack”, Lacroix says. “There are a lot of important collectors here, but it is slower for sales than contemporary fairs.”

Massimo de Carlo, of Milan and London, had sold several works on preview day including a large painting by Günther Förg. Laura Ravelli, a gallery director, says: “Doing Tefaf was something we had been thinking a out for a while. We do Frieze Masters, and this has a similar feel.” Maastricht tastes baulk at the wildly experimental, so Massimo de Carlo plays it safe with its choice of established artists, such as Rudolf Stingel, Liu Xiaodong, Yan Pei-Ming and Dan Colen, working in traditional mediums such as oil on canvas, ceramics and bronze. 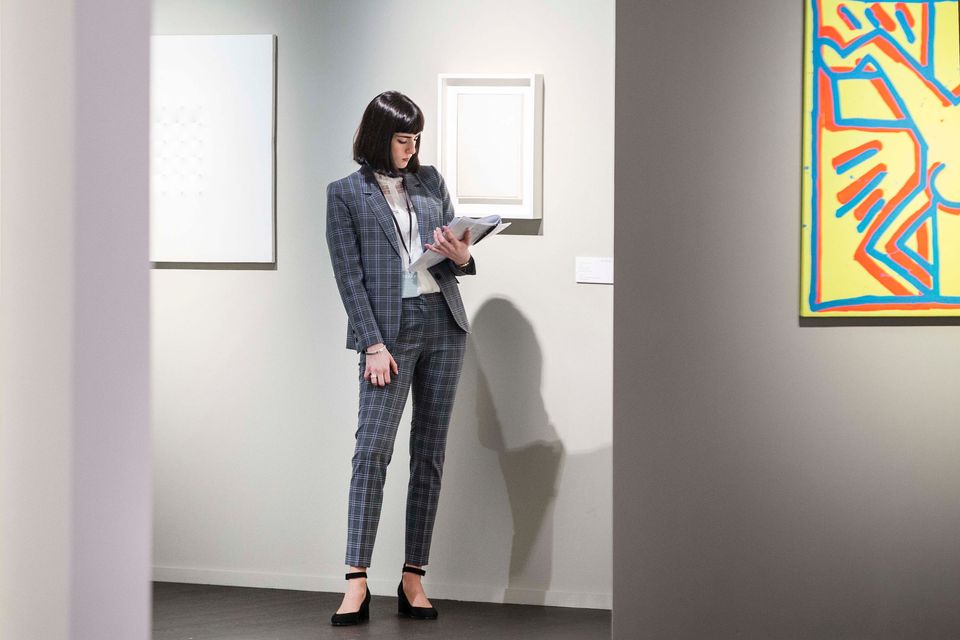 Tefaf is, without question, the domain of the white, privileged suited male. Despite changes in the exhibitor list, there are still very few female exhibitors who show under their own name—Alessandra di Castro (works of art), Deborah Elvira (historic jewellery) and Carolle Thibaut-Pomerantz (antique wallpaper) who shares a stand with Anne Sophie Duval (Modern design) being exceptions.

“It’s true: it’s very male and it’s very white”, Van Maris says “But we will work on it. We are focused with getting new audiences in, the new plane will help. But it’s step by step.”

The male dominance of the Tefaf board of trustees has attracted criticism: only last year were two women (Marina Kellen French and Heidi McWilliams) admitted. However, the five new appointments this January were also all male. Now, there are two woman and 22 men. Van Maris adds: “We will continue to look at it. I think it is very healthy to have more women on the board. But there is a rotation system; it will take time.”