The tent is deemed beautiful and airy, if too big by some 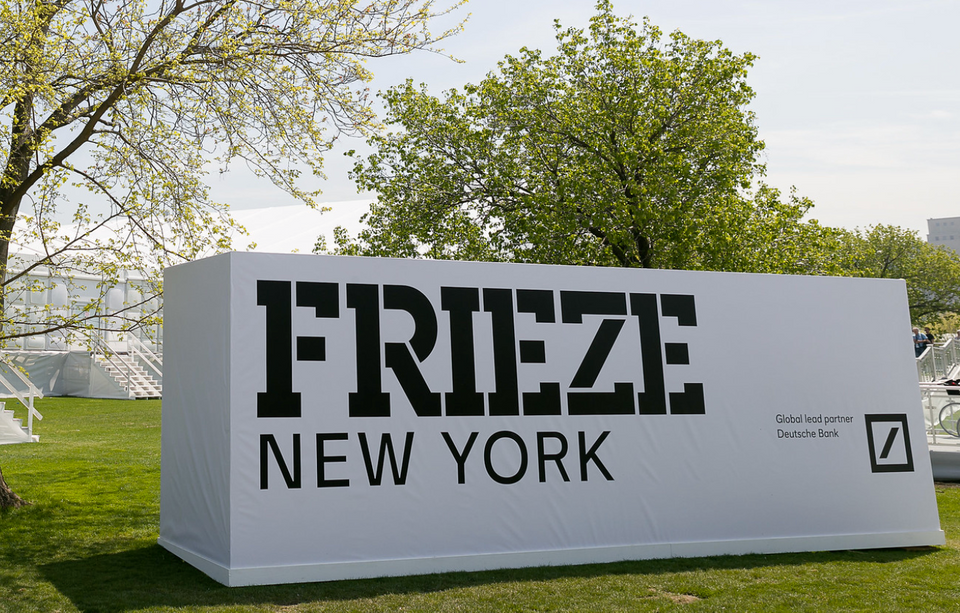 “I’ve lived in New York for ten years and I’ve never been to Randall’s Island before,” said Joel Wachs, the president of the Andy Warhol Foundation for the Visual Arts, on Thursday’s VIP preview day. “The tent is fantastic; I’m going to see every last piece of art in here.”

Simon de Pury, of the auction house Phillips de Pury, liked the tent’s high ceiling. Chrissie Iles, a curator at the Whitney Museum of American Art, “loved the fact it is airy, and you don’t feel constrained by narrow corridors”. But the New York-based collector Michael Hort deemed the tent “beautiful, but too big. If it were a third smaller, you’d spend more time looking closely.”

The mayor of New York City, Michael Bloomberg, chatted to gallerists, while the Sex and the City actress Kim Cattrall browsed the fair “to look and learn”. Stuart Comer, the curator of film at Tate Modern, said: “The fact that it’s removed from Manhattan means you really commit to the whole thing.”

And what of the art? Beatrix Ruf, the director of the Kunsthalle Zürich, said: “The quality is high. This is a rigorous selection of galleries and I like the dialogue with young artists.” But “there isn’t much I’m not already familiar with”, she said. Iles was impressed by the work but “didn’t see anyone taking risks”, and the curator Francesco Bonami “didn’t see anything particularly new”.

Artists in attendance included Maurizio Cattelan, Tracey Emin and Anish Kapoor. Chuck Close said: “I love Frieze; it’s the only fair I think works in terms of the mix of galleries. [But] I don’t want my work to be in a fair—it’s like taking a cow on a tour of the slaughterhouse.”

• Originally appeared in The Art Newspaper as 'First reactions from curators, collectors and artists'