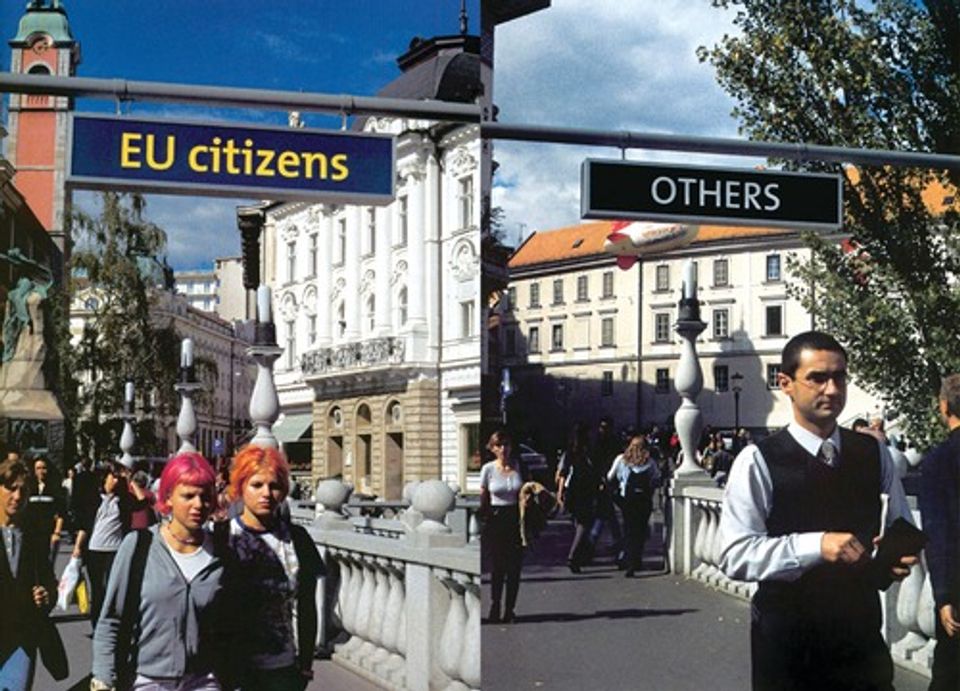 Visitors to The Restless Earth, an exhibition organised by Massimiliano Gioni for the Fondazione Trussardi and Triennale Museum in Milan, enter the show beneath one of two lightbox signs: EU or Others. Created by the artist Sejla Kameric for the third Manifesta biennial in Ljubljana in 2000, they mimic the border control signage she encountered while travelling between Slovenia—which had already started the process of joining the European Union—and her native Bosnia, which still remains outside the bloc today.

The installation leads to works by more than 60 artists that address the theme of migration head-on, through sections on the war in Syria, Mediterranean crossings and Roma gypsies. It is a rare political stand by Gioni, the artistic director of the foundation and of the New Museum in New York, whose 2013 Venice Biennale focused on the inner worlds of the imagination. “I thought it was necessary to do it in Italy, which has been at the forefront of welcoming people from around the world and, on the other hand, is plagued by the xenophobia that is amplified by this phenomenon,” he says.

Like Gioni’s Venice Biennale, this exhibition argues for a wider definition of visual culture, in which contemporary art stands alongside images from mainstream media. Pulitzer Prize-winning photographs published last year in the New York Times—centred on one Syrian family’s journey from Lesbos to Sweden—share a gallery with Phil Collins’s 1999 video how to make a refugee, in which he filmed a group of journalists preparing to photograph refugees during the Kosovo War. The work is a reminder of how “the construction of images is never innocent, even when it wants to be supportive of its subjects”, Gioni says.

There is also a display of personal items belonging to some of the 368 victims of a shipwreck off the coast of Lampedusa in 2013 (the tragedy led to the Italian government’s search-and-rescue operation Mare Nostrum). They are on loan from the Italian non-profit association Comitato 3 Ottobre. “I hope these objects can tell us something more intimate about a phenomenon that we mostly only know at a distance through mediated images,” Gioni says.

He identifies an alternative kind of “sentimental documentary” in video installations such as Bouchra Khalili’s The Mapping Journey Project (2008-11) and John Akomfrah’s Vertigo Sea (2015). Together, the works pose a bigger question, Gioni says: “Can art effect empathy in a way that is maybe no longer allowed by the media?”

Massimiliano Gioni on three key works in the show: 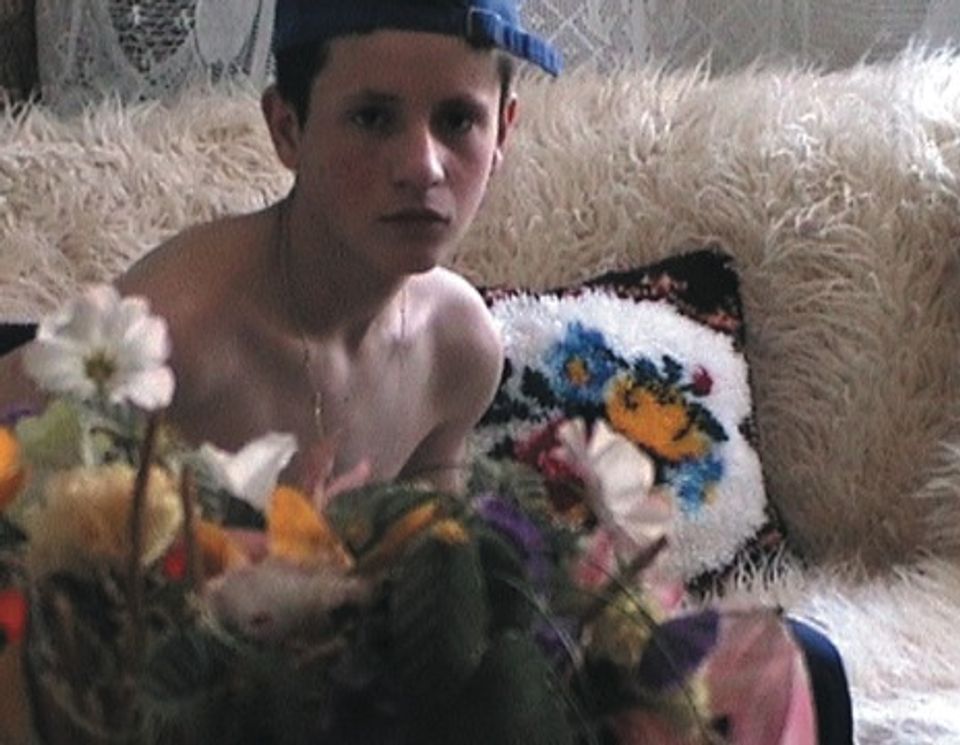 "In the 90s [Phil Collins] was working on the Balkan crisis, which for many people [today] was the first time that Western countries experienced a sudden influx of refugees. Phil simply steps back from the camera and films the way in which the photojournalists are photographing these kids and constructing an image of the refugees. It’s a crucial aspect of this exhibition to remind ourselves that certain representations are constructed and that their construction is never innocent, even when it wants to be supportive of its subjects." 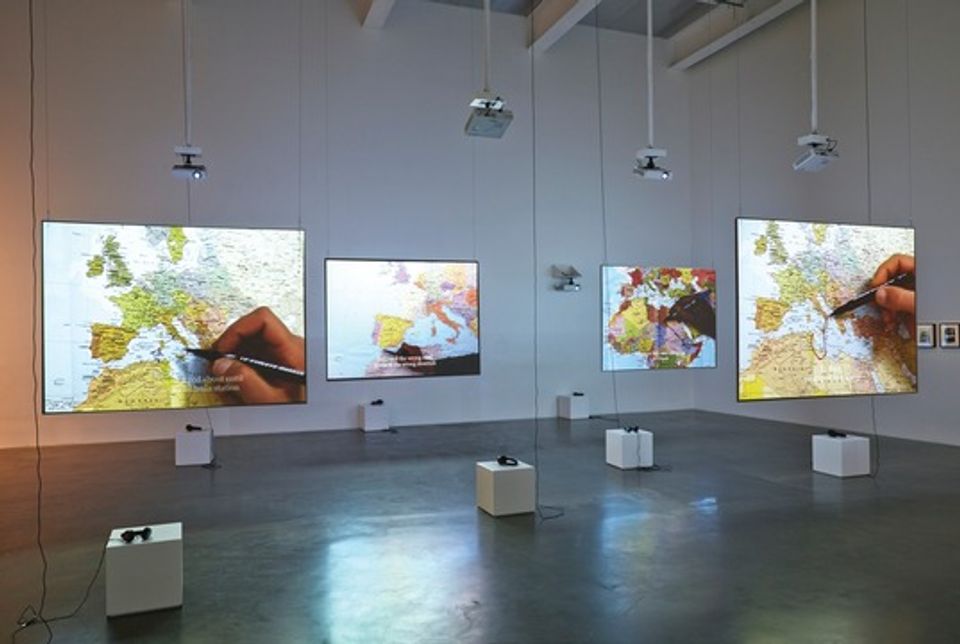 "In the exhibition catalogue I speak of a certain type of “sentimental documentary” or “lyrical reportage”. One example could be the first-person narrative of Bouchra Khalili’s beautiful piece in which eight individuals tell the stories of their travels, mainly from Africa into Europe. They do so by drawing the map of their journey. We hear the stories individually, not as a mass. The typical journalistic narrative of this exodus usually depicts migration from point A to B, from Algeria to Lampedusa. What touched and shocked me from this chronicle is how the journey can last two, three, four, five years even. In a sense, it’s a constant state of migration." 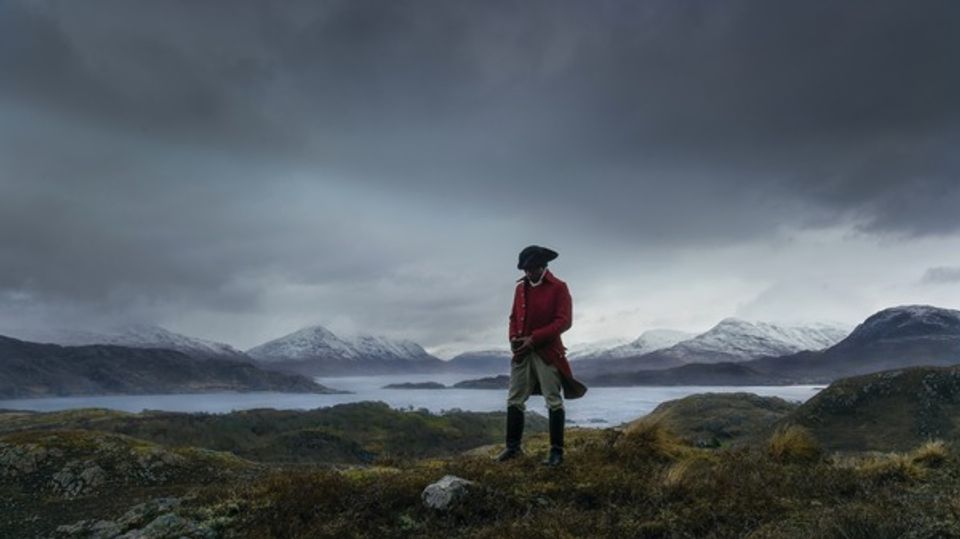 "I am using videos mostly because that’s where the confrontation with the mainstream media is most apparent. In the work of John Akomfrah or Isaac Julien, the use of the camera and the sound is operatic, dramatic and seductive, but the narratives are quite open. One of the books that was very inspiring for me as I was thinking of this exhibition is a collection of essays called The Migrant Image by TJ Demos. He says that one of the characteristics of this type of work is a fragmentary narrative which refuses the idea of a complete explanation and instead invites the viewer to participate in the making of the narrative."