Lenin’s head to come in from the Berlin cold

The statue stood in Lenin Square until 1990, when it was cut into 129 pieces and buried in the woods 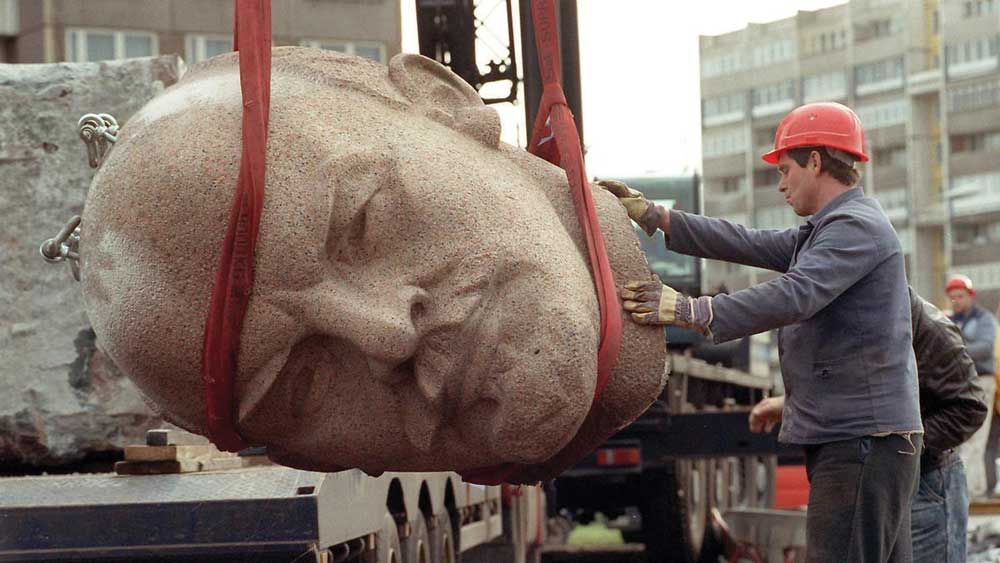 The 19m-tall statue of Lenin was unveiled in 1970. It stood in Lenin Square (now United Nations Square) until 1990, when it was cut into 129 pieces and buried in the woods on the edge of the German capital. Photo : picture alliance / dpa

In a surprise U-turn, the Berlin senate has approved plans to dig up a giant sculpture of Lenin’s head, only a month after it declared that the monument may be lost.

Five years ago, the curators of “Revealed: Berlin and its Monuments”, a permanent exhibition planned to open in spring 2015, requested that the 1.7m-tall granite head of the first Soviet leader be unearthed for the show. But in August, the Berlin State Office for Historical Monuments blocked the excavation, saying that the monument’s precise location was unknown and that the cost of finding it was too high.

It also argued that the statue’s head should not be separated from the rest of its body. High-profile politicians and historians, including Alexander Koch, the president of the Deutsches Historisches Museum, and Andreas Nachama, the director of the Topographie des Terrors, also in Berlin, criticised the senate’s decision, saying that the burial site was well-known and that the show’s €14m budget could amply cover the costs. In September, the senate agreed that the excavation could go ahead.

The 19m-tall statue of Lenin was unveiled in 1970 by Walter Ulbricht, then the leader of the German Democratic Republic and a driving force behind the construction of the Berlin Wall. The statue stood in Lenin Square (now United Nations Square) until 1990, when it was cut into 129 pieces and buried in the woods on the edge of the German capital. However, the head cannot be dug up until next year because it shares its home with a protected species of lizard that has gone into hibernation.

Appeared in The Art Newspaper Archive, 262 October 2014
More ArchiveTopicsSculptureMonumentsMonuments and their histories