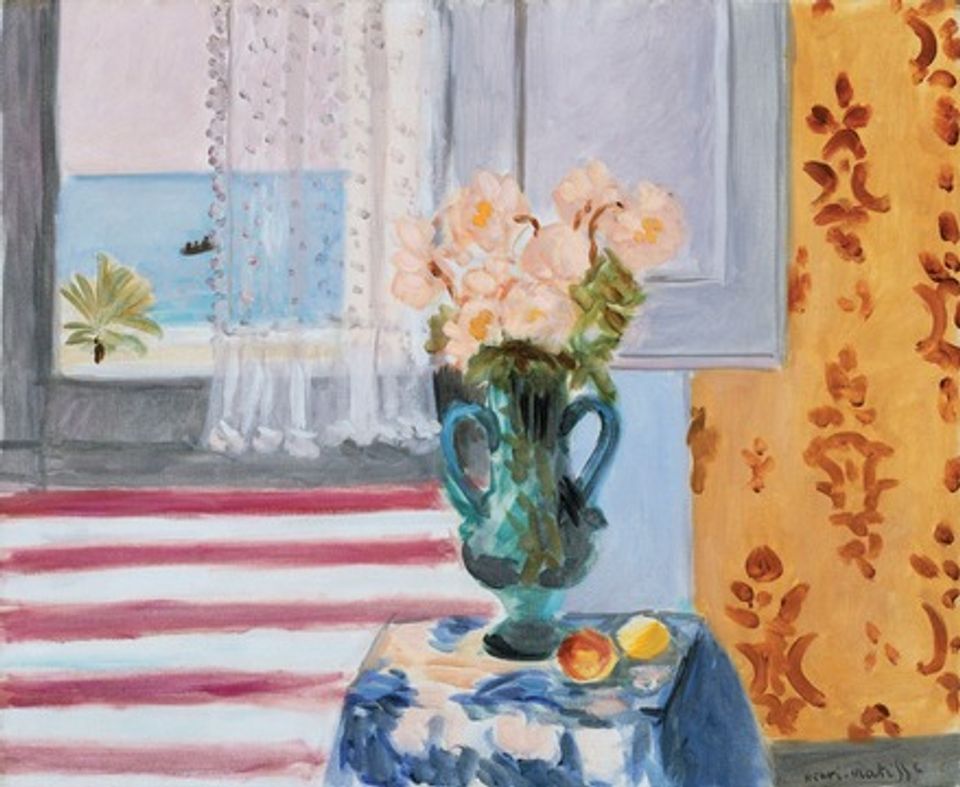 The exhibition Matisse in the Studio at the Museum of Fine Arts in Boston (9 April-9 July) will feature more than 80 paintings, drawings, bronze sculptures, cutouts, prints and other works alongside 39 objects the artist kept in his studio, which have never been shown outside France.

They include a silver chocolate pot given to Matisse by the artist Albert Marquet as a wedding present in 1898 and an early 20th-century Andalusian glass vase that Matisse bought in the 1910s on a trip to Spain, which he later depicted in the work Vase of Flowers (1924).

The show is co-organised by the Royal Academy of Arts in London, in partnership with the Musée Matisse in Nice, France. It will travel to London this year. Meanwhile, the Montclair Art Museum in New Jersey is hosting Matisse and American Art (until 18 June), exploring his influence on the development of American Modernism.