It’s definitely a bubble, but when it will burst is anybody’s guess 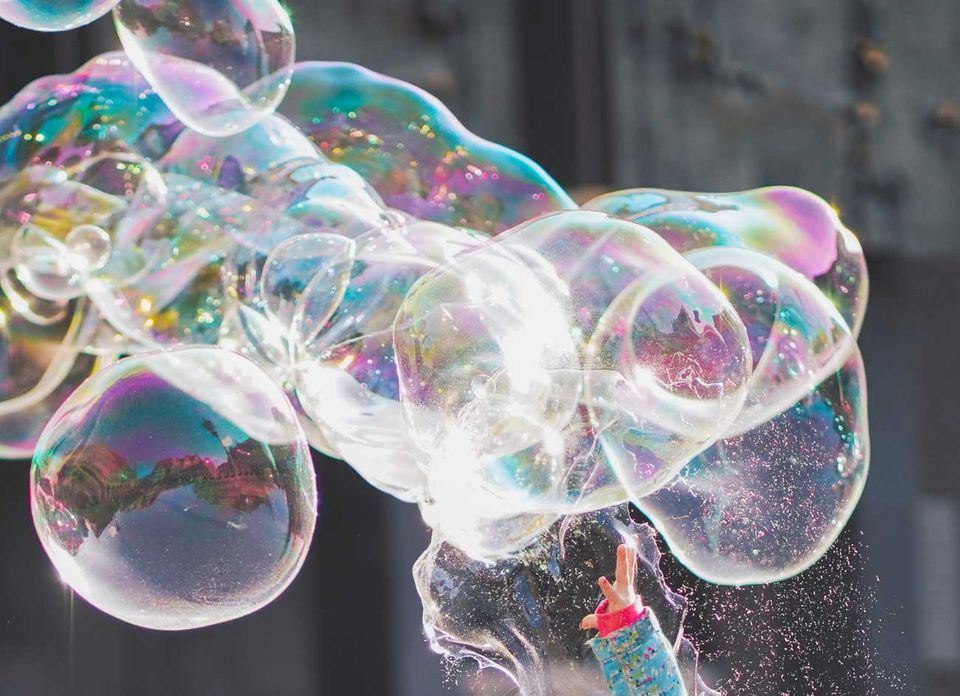 Almost by definition, bubbles, whether of soap, oil, water or art, eventually burst. So as art prices rocket ever more skyward with each auction, the word “bubble” is heard ever more frequently: is the art market a bubble? Will it burst? When? All this is taken seriously enough that I was asked to give a talk on the subject on 2 June at the Harvard Business School.

Before even trying to come up with answers, it is important to note that just as there is no single art market, but many, prices in some areas have barely budged in almost 20 years. And the works which have soared in price are not necessarily the most important historically, while those which have stagnated or declined in price are sometimes of great artistic and aesthetic merit. If a bubble, or bubbles, exist in the fine arts—as opposed to the decorative arts—it is in the highly-touted trendy contemporary market; in the late 19th and 20th centuries; and in markets that appeal to Russia and the newly super-rich Asian countries. The 16th- and 17th-century Italian, French and Flemings; the 18th- and 19th-century British; and the pre-Impressionist French have been forgotten in this inundation of liquidity into the art market.

The sources of the “bubble”, if such it be, trace back to the mid 1980s. It was then that art began its transformation from luxury to fungible asset, from bagatelle to investment. Banks started to lend money on art and form “art advisory” departments. Auction houses began providing “guarantees”, “advances” and “financial services” to buyers and sellers. Art had been monetised.

It had become clear that, as the Japanese poured money into the market and came to dominate it, the problem in the future was to be supply, not demand; that money could be printed but art could not, and that the supply could run out. Most importantly, and largely at the time to service the Japanese market, the auction houses spawned ravenous monsters—marble palaces all over the world, huge staffs, sumptuous cataloguing departments, catering staffs—which required massive feeding, and the food was running out.

Then suddenly, in the mid 1990s, the Japanese vanished. Despite the fact that Japanese buying had focused primarily on the Impressionists and the School of Paris, the whole art market collapsed. The banks and auction houses pulled in their horns, laying off staff, closing branches, withholding guarantees. Weaker firms like Phillips were taken over. Trendy contemporary artists were no longer trendy, aggressive dealers who had pirated them from their old galleries now hid under their desks when clients tried to unload the work. The auction houses were losing money and Sotheby’s shares plunged. The bubble had burst.

Trendy contemporary artists were no longer trendy, aggressive dealers who had pirated them from their old galleries now hid under their desks when clients tried to unload the work

Few professionals could have imagined another bubble, more than a decade later, bigger by far than the Japanese bubble. No one could have imagined the Russian government lavishing its national assets on a handful of “oligarchs”; a bellicose band of Washington neo-cons printing hundreds of billions of dollars to devastate Iraq; or the immense potential of the Chinese economy, and its apparent and by no means inevitable affinity for Western art. Even if one anticipated an eventual shift of economic primacy from West to East, there was no assurance that Asians would cleave to Western art. After all, the newly affluent Indians, even in diaspora, focus entirely on Indigenous painters.

But on 16 May, in Christie’s contemporary sale in New York, the Warhol Green Car Crash was rumoured to have been bought by a Chinese collector for $71,720,000, and the same buyer supposedly underbid the Rothko White Center which sold for $72,840,000. At the Sotheby’s sale on 8 May, a Russian was seen in a sky-box in a black shirt, with a bottle of champagne and a blonde, bidding on and apparently buying for $23,280,000 a second-rate Feininger that would not have fetched $3m two years earlier. There was a time, not long ago, when if a painting appeared within five years of a previous auction sale, it would be deemed “burned” and unsaleable. The auctioneers wouldn’t even accept it. Now works appear almost immediately after previous sales, and it doesn’t matter. There is a new supply of speculators at each sale who are either unaware of the past or don’t care. The new bubble is filling with vast liquidity from all over the planet.

There was a time, not long ago, when if a painting appeared within five years of a previous auction sale, it would be deemed 'burned' and unsaleable

Now absurdities abound in the market. Which supports the presumption that this is indeed a bubble, that there is almost infinite liquidity out there looking for places to park, and that one of the parking lots, along with over-valued assets like real estate, is art. Are we deceived by limited price inflation into ignoring the kind of asset inflation we saw in the 1980s? The question is: just because something is called “art”, is it really art? Does hype and brilliant marketing create any genuine art-historical significance, any permanent value? Are these new mega-buyers using their eyes or their ears? Not long ago, one of the major contemporary collectors intimated to me, in all seriousness, that Andy Warhol was a greater artist than Leonardo da Vinci. I knew Andy Warhol, and liked him, but a genius he was not. Notwithstanding that, a private sale of his Turquoise Marilyn at $80m followed the $72m Christie’s sale.

I knew Andy Warhol, and liked him, but a genius he was not

To even postulate that a diamond-encrusted Damien Hirst skull, For the Love of God, at £50m ($100m) can be even remotely compared to Lord Halifax’s Titian portrait, one of the great pictures remaining in English private hands, still on the market at a comparable price, is patently absurd. To equate flashy materials, a pretentious title, and platoons of security with aesthetic significance is naive. There has been no question of Titian’s essential place in art history, even since his own long life-time, of his influence on generations of artists. There can never be a reassessment of Titian’s place. But Damien Hirst, despite his own and his dealers’ brilliant public relations, is being increasingly regarded as derivative, a businessman promoter, as is his colleague Jeff Koons. One can imagine, when this bubble bursts, as burst it must, the platinum diamond-encrusted skull being melted down for whatever value can be salvaged. Does mere shock or incongruity, upon which such artists as Hirst, Koons, and Cattelan and Murakami rely, suffice?

That we are in the midst of a bubble seems apparent. But what kind of bubble, what will cause it to burst, and when will it happen? The bubble certainly doesn’t span the whole art market because there are significant undervalued lacunae. Now it seems that even if there is a geographical shift in economic power, and even if there is a shift away from the dollar, art—even Western art—will survive as an alternate repository of wealth. But trendiness must shift, and what is now merely trendy will not remain trendy. There will be much carnage. Speculators will be burned, and their burning will trigger a selective flight from the market and the bursting of one of the “bubbles”. The auction houses won’t care because they have no ongoing responsibility to their clients, and there will be an endless supply of contemporary art, of the newly trendy, that they can help promote to feed these insatiable monsters.

Perhaps the bubble-burst will be triggered by a Western economic downturn, affecting Asian markets as well. Perhaps a decline in hedge fund prosperity will hit the equities markets and the contemporary art market. Perhaps national or international politics, wars or energy prices, will intervene. Something is bound to happen. The distortions in art market values are too blatant to be sustained. But when? Who knows?

• The writer is director of Richard L. Feigen & Co. in New York and author of Tales from the Art Crypt (Knopf, 2000)