In 2007 we noted that strong sales at auction and fairs and more money coming from Russia, Indian and Chinese collectors indicated that confidence in art remained strong 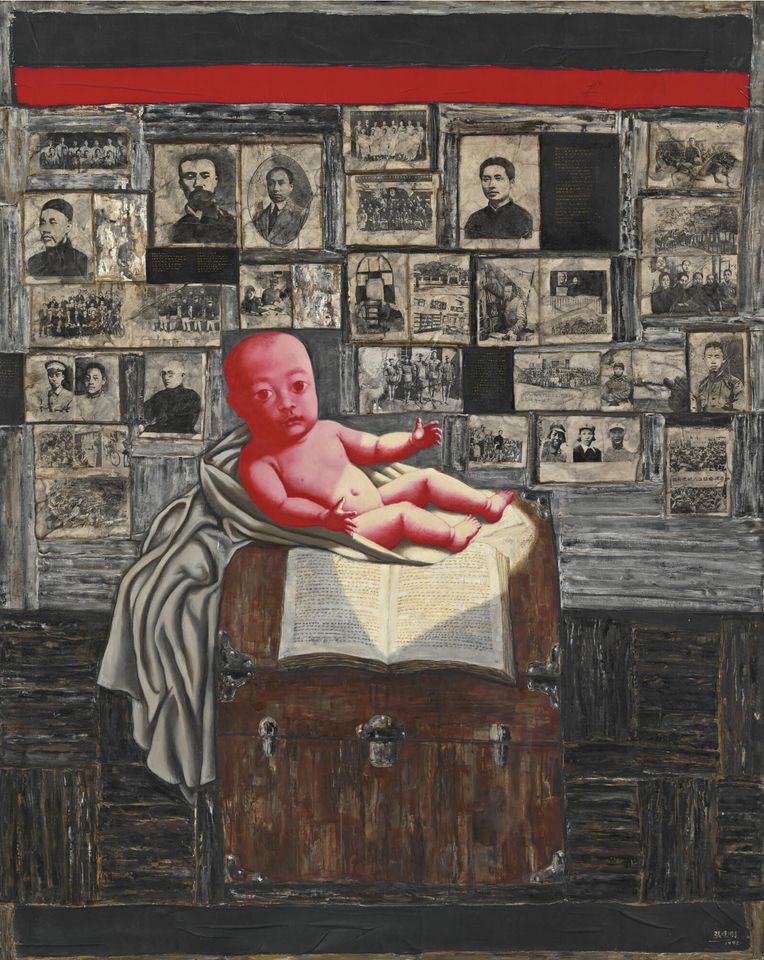 Zhang Xiaogang, Chapter of a New Century—Birth of the People’s Republic of China (1992) sold for more than $3m at Sotheby's New York

When the stock market plunged in August after the US mortgage industry’s crisis, and central banks were forced to pump liquidity into the global system, the art world braced itself for the potential fall out.

Many feared the financial uncertainty would end the four-year boom in contemporary art. This has been driven by the strong liquidity in global markets, by the arrival of buyers from new economies such as Russia, China and the Middle East and by the speculative buying of a new group of collectors, those working in the financial industries—precisely the people who are now likely to lose their bonuses, and even their jobs, as a result of the market turbulence.

However, the art market’s first round of sales in New York in September for mid-level contemporary art performed well, racking up totals some 50% above those recorded for the same series last year. The percentages of works sold by lot were good, 76% at Christie’s and 81% at Sotheby’s. While demand for work by younger artists seemed to have cooled slightly, prices continued to rise for contemporary Chinese painting. During Sotheby’s Asia week auction on 20 September, yet another auction record was set for the Chinese superstar Zhang Xiaogang, whose Chapter of a New Century—Birth of the People’s Republic of China (1992) made over $3m. And on 7 October, Sotheby’s Hong Kong sale of contemporary Chinese art almost doubled in value, with 81% of the works going over mid-estimate.

Meanwhile in Europe at the same time, both UBS and Citibank reported third-quarter losses, and started firing staff. It was feared that 6,500 city jobs in London might be lost. But the Dow Jones was recovering and rising to an all-time high.

This was the uncertain background to the contemporary art market’s first real test: London’s Frieze Week, which offered not only the art fair, now in its fifth year, but also an almost overwhelming variety of art on sale elsewhere—from satellite fairs to the auction houses. An educated guess—the fairs do not reveal sales figures—would put the amount of art offered in London in just one week at well in excess of £200m ($400m).

Privately, dealers admitted they were concerned about how the week would fare and this was reflected in their booths at Frieze, which many found safer and more conservative than in past editions of the event. Nicholas Serota, the director of the Tate, even chided dealers, saying “not everything they bring to the fair should be on a domestic scale for the private collector”. However, the strategy worked and sales were good at Frieze.

At the contemporary auctions held in London in the same week, Chinese contemporary art continued to soar, but buyers were slightly more cautious in other areas. Very desirable and rare works did well, such as David Hockney’s 1965 Swimming Pool, which more than doubled estimate at £1.2m ($2.4m, Sotheby’s 12 October). But overpriced works failed, such as the heftily estimated Damien Hirst spot painting Adenosine (1992) (est £1.8m-£2.5m, $3.6m-$5m), consigned by Miami collectors Don and Mera Rubell and bought in at £1.6m ($3.2m). There was less excitement in the air compared to the contemporary art sales held in June and a general feeling that the huge price hikes in contemporary Western art which have been a feature of the market in the last few years may no longer be tenable. Nevertheless, more than £173m ($346m) worth of art was sold, all the houses reaching their high pre-sale estimates.

Art buyers were watching these sales carefully. “At our booth at Frieze, on the Friday, people came in and put reserves on a number of works. Some were even carrying the sales catalogues,” says Ludovica Barbieri of the Milan gallery Massimo de Carlo. “After the auctions, they came back and confirmed the purchases.”

In France the following week, sales were strong as the Fiac art fair opened. At the same time, the sale of the Alain Delon collection of gloomy post-war abstracts doubled estimate at Drouot.

All this indicates that confidence in art remains strong, even if there is some selectivity in the sales. The price of oil is at an all-time high and stock markets are good despite some wobbles.

“There is a tremendous hunger in the financial services industry for alternative investments and new asset classes,” says a financial adviser speaking on condition of anonymity.

“The market is extremely strong in all areas. There is a huge amount of money coming in from India, China and Russia, and this is giving confidence to other buyers. The party certainly isn’t over,” says François Curiel, the chairman of Christie’s Europe.