What to do with your Socialist-Realist art

Budapest is creating a sculpture park for more than 45 works depicting Lenin, Marx and others 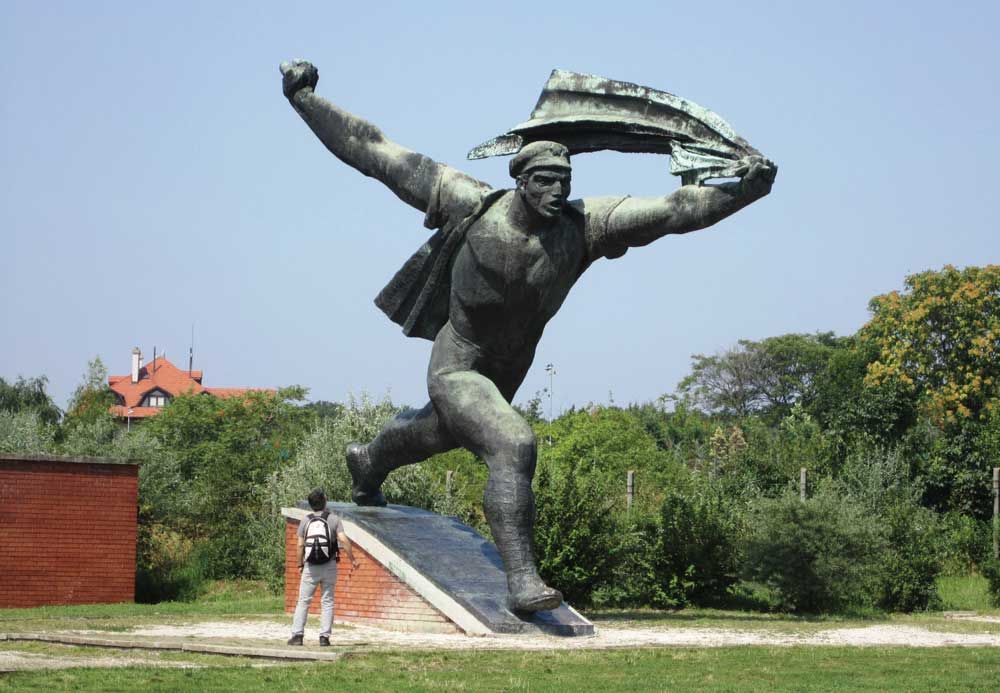 More than 45 gigantic Social Realist works have been dismantled from sites all over Budapest and hauled to a 1.5 hectare sculpture park on the southern outskirts of the Hungarian capital © Elelicht

The city of Budapest has come up with an imaginative solution to the problem of where to put more than 40 years worth of statues, sculptures and monuments dedicated to Communist heroes and events. More than 45 gigantic works of Social Realism have been dismantled from sites all over the city and hauled to a 1.5 hectare sculpture park on the southern outskirts of the Hungarian capital.

Commissioned by the municipal Budapest Gallery, and designed by 30-year-old architect Akos Eleod, the works will be grouped thematically to represent historical eras, political figures and something called “Soviet-Hungarian friendship”.

The collection, which includes the inevitable granite Cubist sculpture of Marx, an enormous bronze statue of Lenin and robust sexless figures meant to symbolise Soviet strength and peace, is augmented with records and photographs of the works’ creation, installation and removal.

The project cost in the region of Forints 55 million (£440,000) and the gates open at the end of this month. “Our task is to preserve the statues”, says Budapest Gallery director Andras Szilagy, “and to educate and remind people of this period in our history”. But Szilagy and his staff are not expecting the citizens of Budapest to flock in their thousands to see the collection of ugly lifeless forms.

After all, it was the Budapest public who demanded the removal of the eye-sores in the first place.

Appeared in The Art Newspaper Archive, 28 May 1993
More ArchiveTopicsMonumentsSculptureCommunismMonuments and their histories