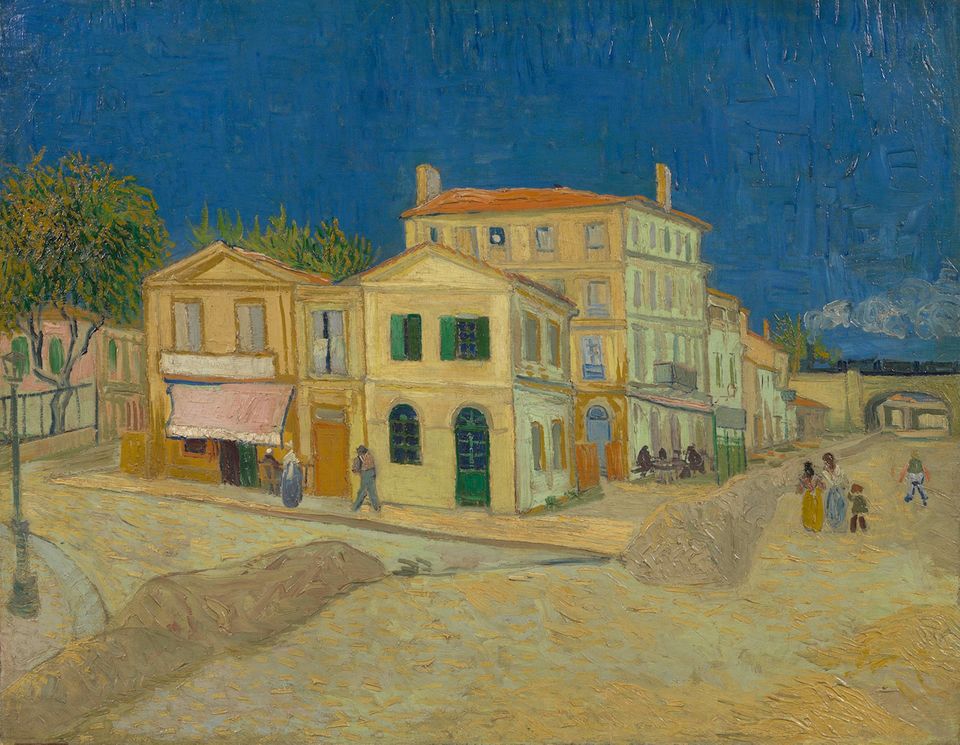 June is probably the best month to visit Provence and follow the Van Gogh trail. A stroll through Arles offers a delightful insight into the artist’s life and work. Low-rise houses with sun-bleached shutters line its narrow, pedestrianised streets. The sweeping curve of the Rhône embankment is never far away, along with remnants of the ancient ramparts that once surrounded the city’s historic centre.

Start the Van Gogh trail in Place Lamartine, two minutes walk from the railway station. It was here that the artist painted one of his most personal pictures, The Yellow House. Van Gogh rented the small, cosy house soon after his arrival in 1888. For the only time in his adult life, he had a real home of his own. “I live in a little yellow house with green door and shutters, whitewashed inside”, he wrote excitedly to his sister Wil. Later that year, he invited his friend Paul Gauguin to join him from Paris. Sadly, their collaboration came to an abrupt end just before Christmas, when Vincent mutilated his ear. 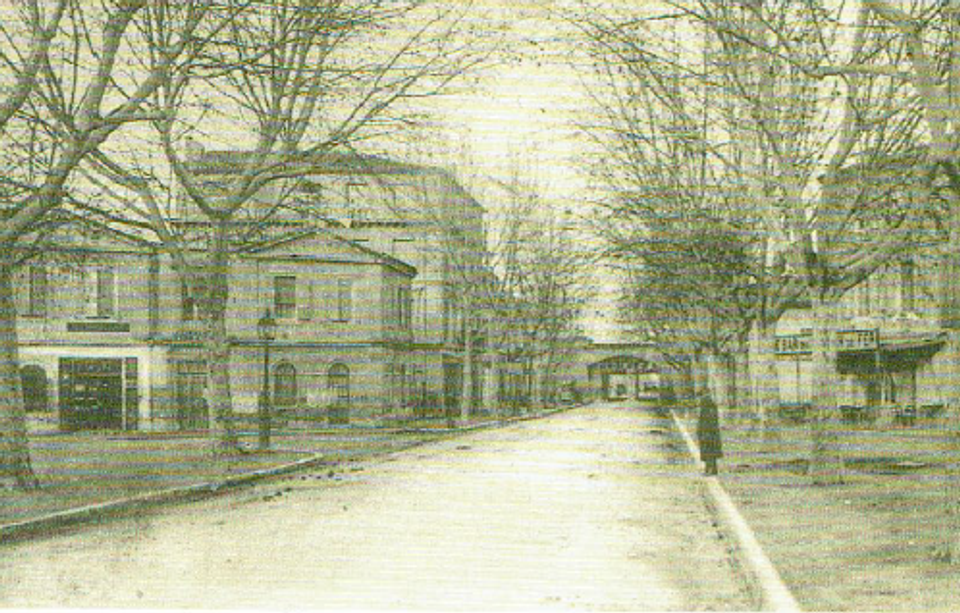 Detail of a postcard showing Place Lamartine and the Yellow House, around 1904

A postcard from around 1904 represents the earliest photograph of the Yellow House (which lies behind the lamppost). The building just to its left, with a whitewashed exterior on the lower floor—and a pink awning in the painting—housed a grocery shop, which must have been very convenient for Van Gogh.

Behind the Yellow House lies a taller building that now houses the Café Terminus—a good place to stop for a coffee and croissant. Further up the road are two railway viaducts that were depicted by Van Gogh and still survive. Van Gogh called it the Route de Tarascon, and he would set off along the dusty way most days to work in the landscape just outside Arles. It is now the Avenue de Stalingrad, honouring the Red Army’s victory over Nazi Germany. 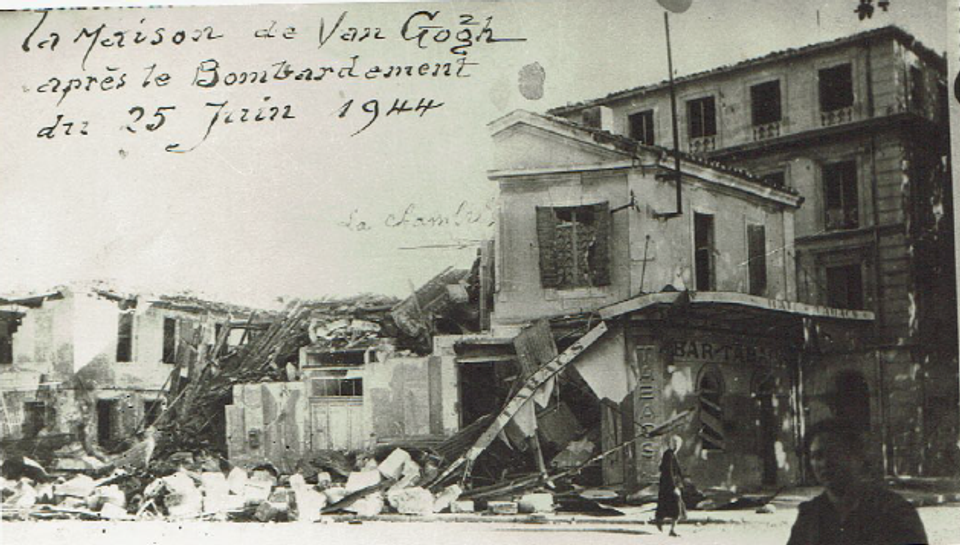 During the Allied bombing of Arles during the Second World War, the Yellow House was hit. Van Gogh’s bedroom on the upper floor (with the closed green shutters in the painting) was destroyed, although Gauguin’s adjacent room partly survived. Downstairs the walls of the studio and the kitchen suffered lesser damage. The building could have been saved, but instead it was simply demolished. Had the Yellow House been rebuilt, it would now rank among the most popular French tourist attraction outside Paris. 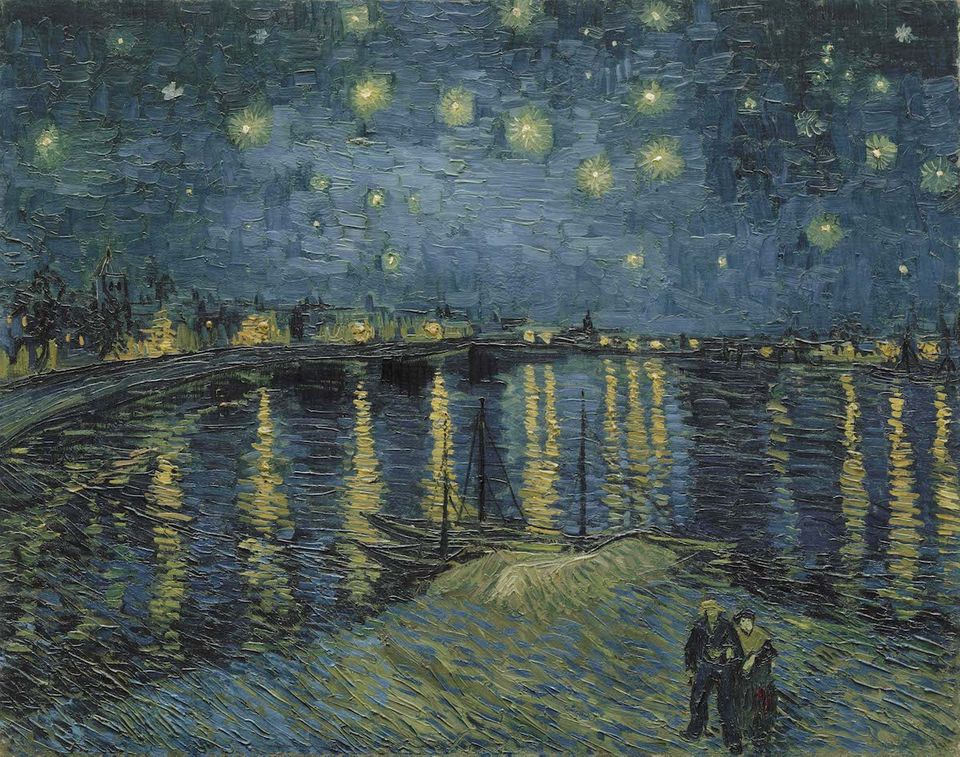 Three minutes walk away from the left edge of the painting lies the river, where Van Gogh painted Starry Night over the Rhône. This bold riverscape under the stars is temporarily in London, on display in Tate Britain’s Van Gogh exhibition (until 11 August). The river scene at night remains largely unchanged, although of course the sky in the painting comes from the artist’s imagination. 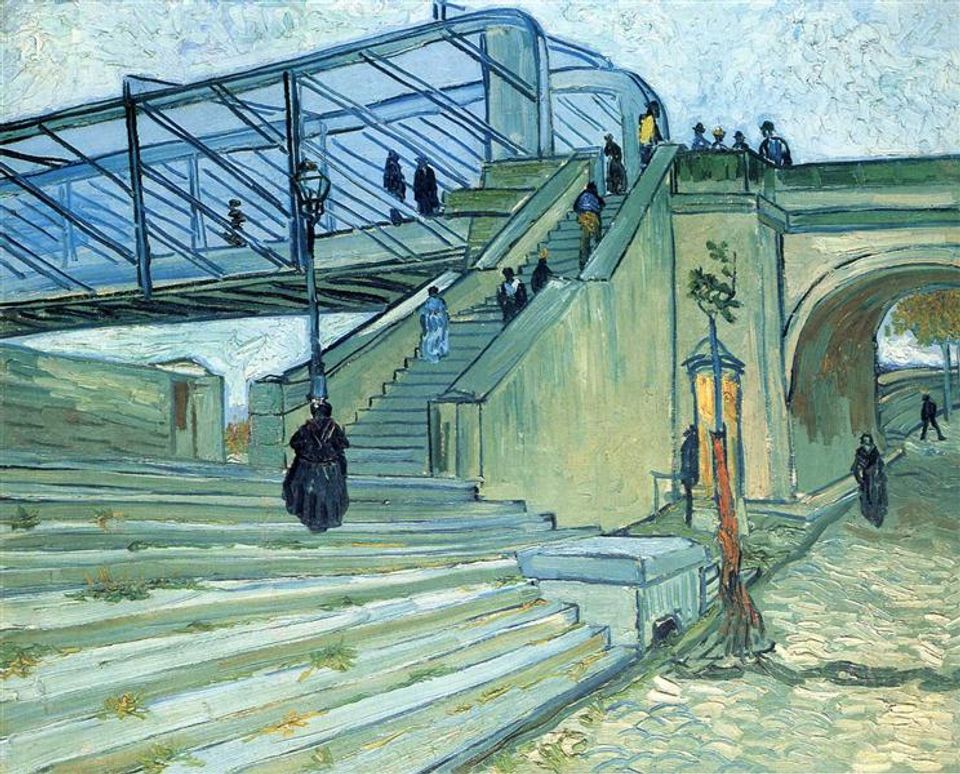 Then walk along the Rhône embankment towards the bridge which crosses the river to the suburb of Trinquetaille. Although the bridge was bombed and rebuilt to a modern design in 1951, part of the original stonework approach remains on the Arles end. Van Gogh painted Trinquetaille Bridge from the embankment on the southern side. The tall tree now standing there may even have been the sapling in his painting. Félix Rey, the doctor who treated Van Gogh after the ear incident, lived on the upper approach to the bridge at what is now 6 Rue Anatole France.

Five minutes away is the Fondation Vincent van Gogh Arles, an exhibition venue which opened in 2014 in a converted 15th century mansion. Curated by Bice Curiger, it mainly shows contemporary art, some that is inspired by the Dutch master. The venue also usually holds summer exhibitions that have some original Van Gogh drawings and paintings. The current displays include Vincent van Gogh: Speed & Aplomb, a show of six paintings that runs until 20 October.

Sadly, Van Gogh’s artistic efforts in Arles were ignored during his lifetime, and the few paintings that he gave to local friends were all sold off by the very early 1900s. The Fondation therefore now plays a key role in bringing back some of his pictures to the city where he produced his finest works.