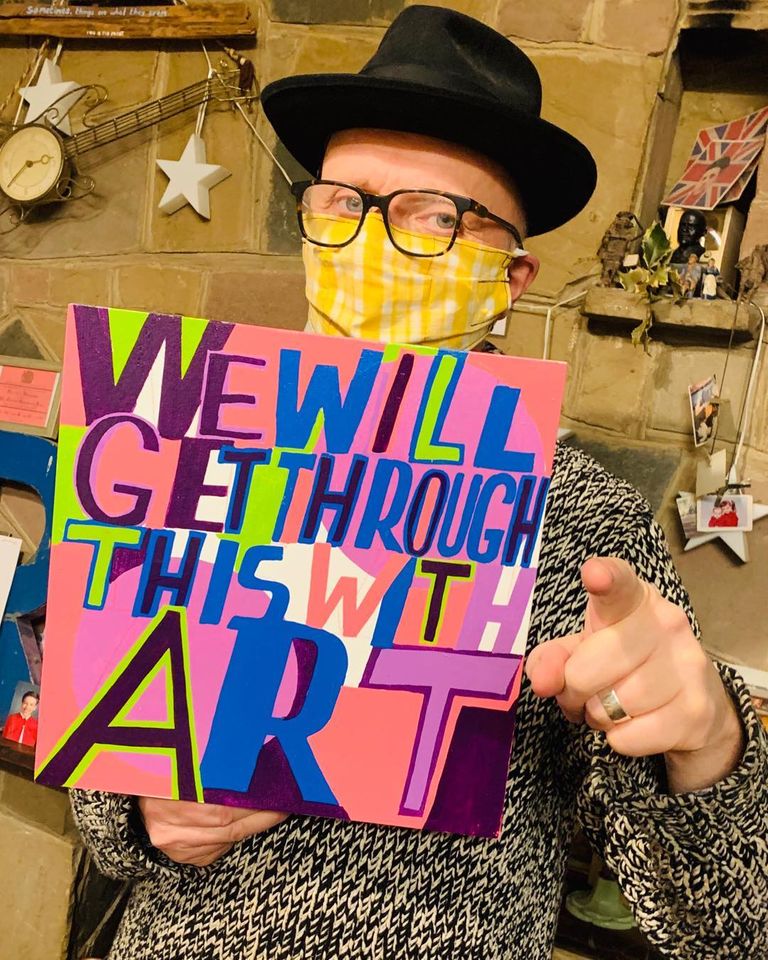 Invent some new words. Create a Sunday lunch with unlikely materials. Paint a parent from memory. Devise your own studio. Make a work of art for someone you love. Make a nose and take it for a walk. Create an image of the universe and put it in your wallet. These are just some of the daily #stayin tasks that the artist and Royal Academician Patrick Brill, aka Bob and Roberta Smith, has been posting to an ever-increasing number of Instagram followers since lockdown began.

The daily shots of creativity are delivered as short instructional films and are also spelled out in Bob and Roberta’s distinctive sloganeering sign paintings, meticulously–if eccentrically–executed in brilliantly coloured household gloss. “They are art tasks for everybody: the idea is to get people to realise that they have an individual voice and that they have to look after this voice in a time of crisis,” says Bob and Roberta, who also intersperses his tasks with other works emblazoned with such affirmative statements as, “We are going to crush the virus with art!” or “We have got to tap into the life force, not the virus force!”

The Covid-19 crisis has brought out the pedagogical in many artists—from the steady stream of contributors, to Keith Tyson and Matthew Burrows’ #isolationartschool, to Grayson Perry’s Art Club for Channel 4 TV. But Bob and Rob’s daily instructions to a quarantined population have deep roots in his practice. While utterly appropriate to the current lockdown, they also form the latest in a long line of campaigns by this most polemical of artists to promote the democratic importance of art and to defend its central role in all aspects of public life. As he has frequently stated, “Art is a human right.”

In support of this cause, he has vigorously agitated against local governments selling off publicly owned artworks, demonstrated against cuts in public arts funding and been tireless in his opposition to the erosion of the arts within the English education system by successive Conservative and Coalition governments. In 2015, he took his opposition to a new level by standing against former Education Secretary Michael Gove in the general election as an independent candidate under creative slogans that were hand-painted on posters, of course, including, “More art: creativity not austerity” and “All schools should be art schools.”

Under lockdown, this most resourceful of artists has also been flourishing in a rich range of other media. In addition to the paintings and films that feature in his daily #stayin art tasks, Bob and Roberta continues to broadcast his weekly “Make Your Own Damn Music” programme every Tuesday evening on the non-profit London community arts radio station Resonance FM. Currently, his show features special coronavirus jamming sessions on Zoom and WhatsApp from each of the dispersed members of his Apathy Band, whose lead singer is also his partner, the artist Jessica Voorsanger. During the programme, Voorsanger has also been reading excerpts from Bob and Rob’s forthcoming book You are an Artist, which is to be published by Thames & Hudson later in the year and which is the source for many of his daily art tasks. 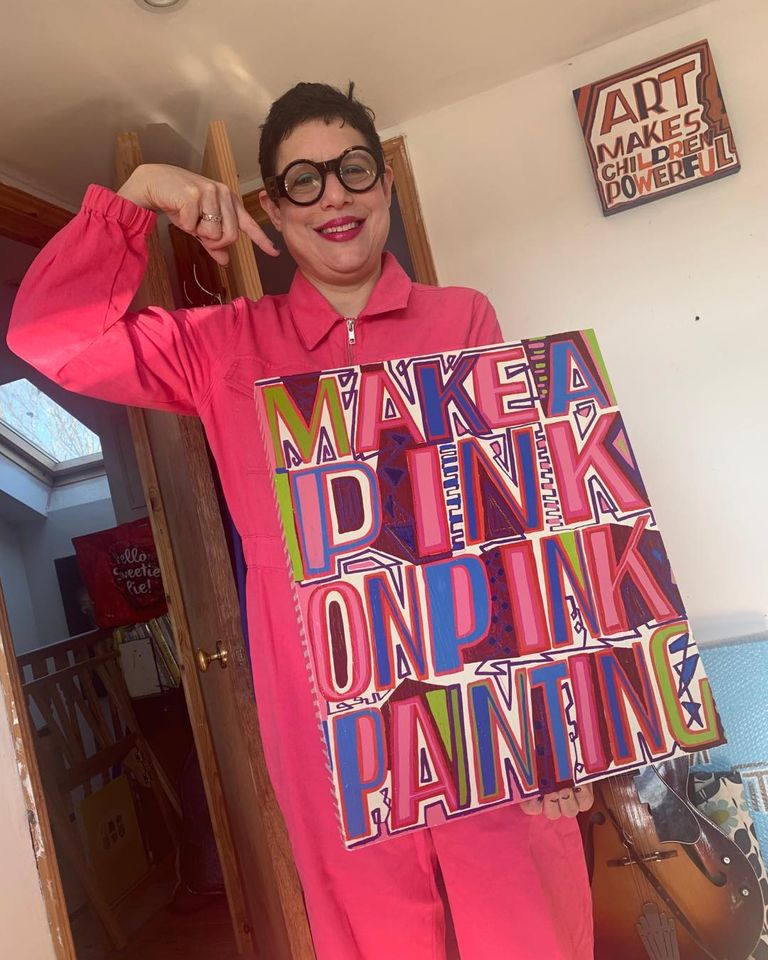 Voorsanger’s own work draws on TV and Pop culture and in another collaboration with Bob and Roberta she now appears every day on Instagram as an animated talking emoji head, taking part in The Jesscia Voorsanger Interview, a new ongoing series of short daily interviews in which her emoji-incarnation answers questions from Bob and Roberta about her life and thoughts. Although this recent collaborative strand developed during lockdown, the duo see it continuing indefinitely. “It’s looking at the way that artists construct themselves on Instagram; it’s access but not access at the same time,” Bob and Roberta says, “it seems informal but it’s carefully constructed.”

Being democratic and accessible while emphasising the idea that “I don’t want people to look at me, personally” is central to the artist who has chosen to assume the name of two people, both male and female. “Art is not something that is controlled by the art world or artists—it’s a thing that human beings do, and I’m trying to ram that home,” says Bob and Roberta. “Now more than ever, the ability to make art and to have a view about the world should be cherished. It’s about people realising that nurturing this creative voice is as important as taking care of their health.” Or, in the words of another of his wonky slogans, “Where there is art, there is hope.”