El Hanani, quickest on the draw in SoHo

For nearly half a century, Jacob El Hanani has been composing obsessively detailed drawings using a Rapidograph pen, typically employed by architects 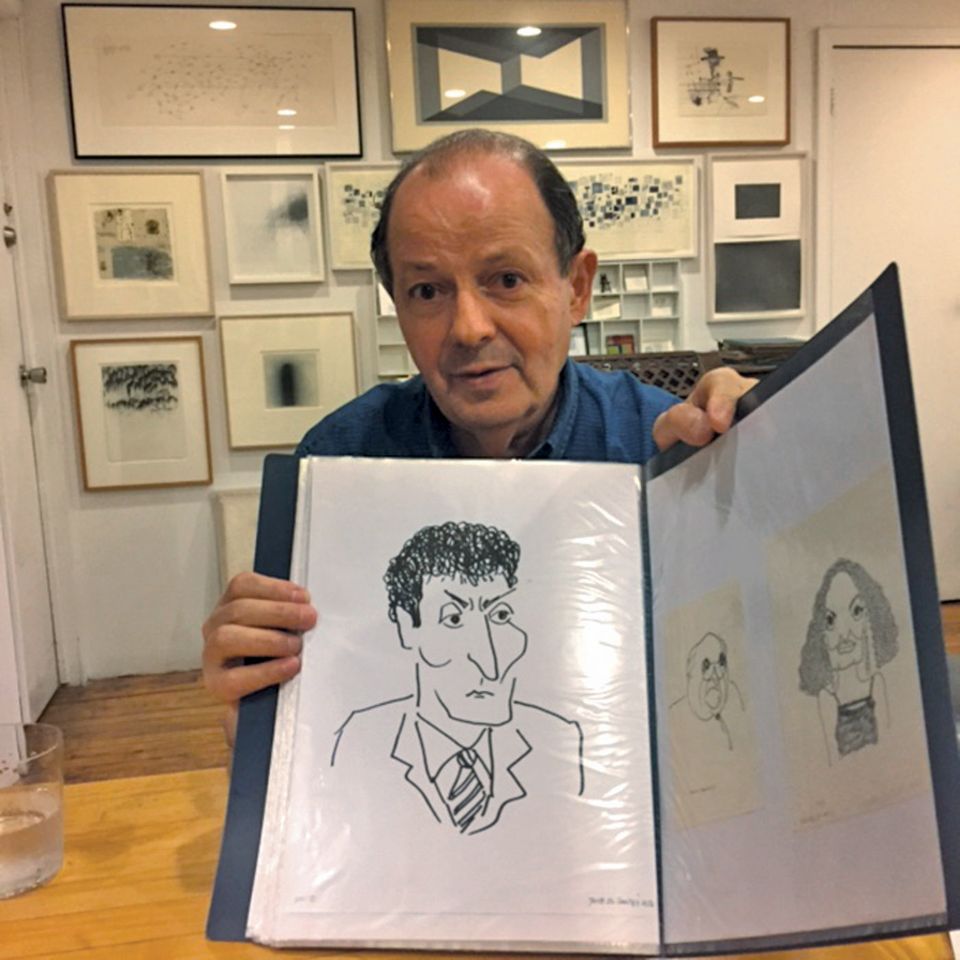 For nearly half a century, Jacob El Hanani has been composing obsessively detailed drawings using a Rapidograph pen, typically employed by architects. His abstract drawings, often rendered out of microscopic Hebrew letters, appear in a new show at Acquavella Galleries, opening 2 October. But the Moroccan-born artist also has a lighter side. On a recent visit to his SoHo studio, he pulled out a pair of binders containing hundreds of caricatures drawn from 45 years in the art world, including sketches of Vito Acconci, Jonas Mekas, Renzo Piano, Jose Martos, Jeanne-Claude and Philip Glass, among others. “I make cartoons all the time for my own documentation,” he said, adding that when he moved to New York, “people were taking photos with a Polaroid camera, but I could make drawings faster than they’d be developed, so why spend money on film?” El Hanani rarely shows his collection of cartoons for fear that his subjects will be insulted by their exaggerated likenesses. “Only when I die should they be published,” he said.