Plus, taking a stand on copyright 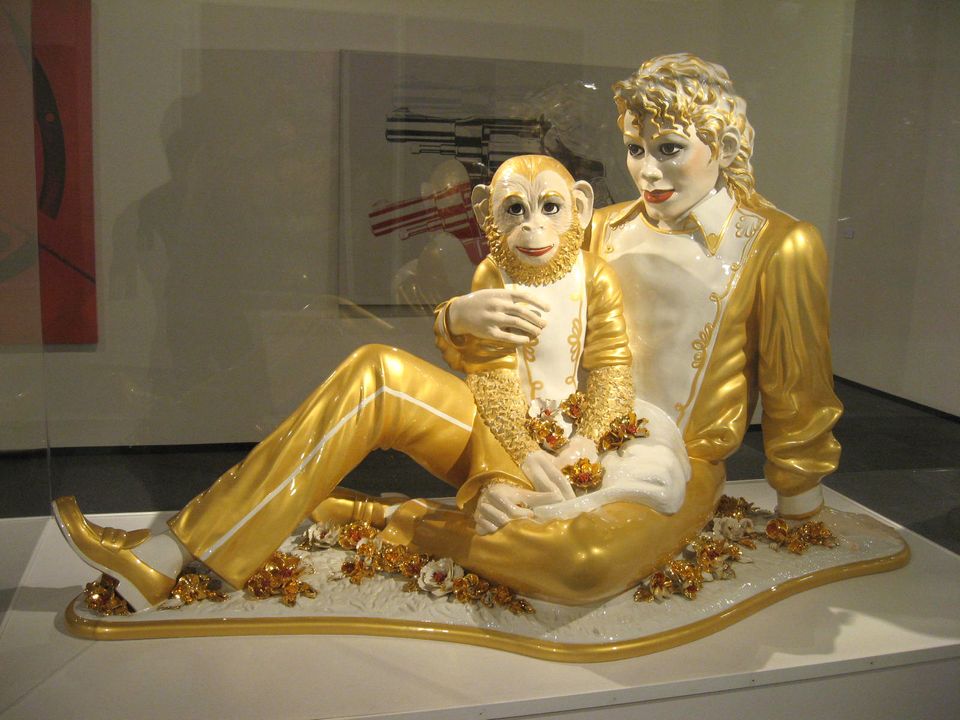 Which is worse: accepting donations from a family linked to the manufacture of addictive drugs, or putting on an exhibition about an alleged paedophile? It’s an unenviable ethical dilemma, but one which the National Portrait Gallery (NPG) in London has managed to become uncomfortably intimate with over the past year. It didn’t take the NPG and the Sackler Trust long to decide that, amid the opioid crisis in the US, it would be politic not to proceed with a planned £1m donation. But the gallery had little hesitation in exhibiting Michael Jackson: On the Wall last year, despite the well-known allegations concerning the singer’s alleged sexual interest in children. Nicholas Cullinan, the NPG’s director (and the show’s curator), claimed it was a blockbuster but visitor numbers say otherwise—just over 82,000 bought tickets, compared with 136,000 for the NPG’s Cézanne Portraits.

On the Wall opened at the Bundeskunsthalle in Bonn amid the fresh controversy sparked by the HBO documentary Leaving Neverland, which chronicles, in raw detail, the claims of Wade Robson and James Safechuck that Jackson abused them. In response, the Bundeskunsthalle said it will address the allegations with new text at the beginning of the exhibition. It also claimed the exhibition doesn’t celebrate Jackson himself, but anyone who saw it in London will know it was unapologetically celebratory—a tacky pageant of Jackson eulogy masquerading as a serious exhibition, the sort of show that might appeal to the culturati at Frieze art fair if it had price tags. You could even buy Jackson hats in the gift shop. Assessing Jackson’s impact on art might have been a valid curatorial exercise had it been done “warts and all”.

But On the Wall was created in collaboration with the Jackson Estate—a vigorous defender of his legacy. How can any exhibition hope to be intellectually rigorous in such circumstances? The NPG’s trustees must be relieved their exhibition finished before the documentary aired.

Art in the public domain

Article 14 of the new EU Directive on Copyright and Related Rights deserves to be cheered by art historians. By strengthening the law to protect artworks that are in the public domain—that is, out of copyright—the directive will allow art historians and educators to reproduce images without asking the permission of the museum that owns the work, and without paying the often eye-watering fees. Publishing art historical books will once again become viable for all, not just for those with significant funds.

Until now, museums have relied on copyright to restrict the circulation of images and to sell licenses tied to specific uses and publications. Take the copyright away and selling image licences becomes unsustainable. Those of us who have been campaigning to abolish fees of publicly owned art were delighted to find our case adopted in the actual text of the directive: “The circulation of faithful reproductions of works in the public domain contributes to the access to and promotion of culture, and the access to cultural heritage.” Quite.

But UK law takes a different view and does give copyright to faithful reproductions of historic artworks. EU member states have up to two years to implement the directive into domestic law, but the Brexit clock is ticking. In her previous meetings with Angela Merkel, Theresa May might have admired two works by the German Modernist Emil Nolde in Merkel’s office. They’ve now been removed following a reappraisal of Nolde’s activities under the Nazis. It turns out he was a fervent antisemite. Merkel’s swift re-hang is to be applauded; we too often allow people’s artistic achievements to whitewash their personal failings. Merkel will soon step down as Chancellor. I suspect she would make a good museum trustee.

Appeared in The Art Newspaper, 312 May 2019
More BlogTopicsCopyrightEthics