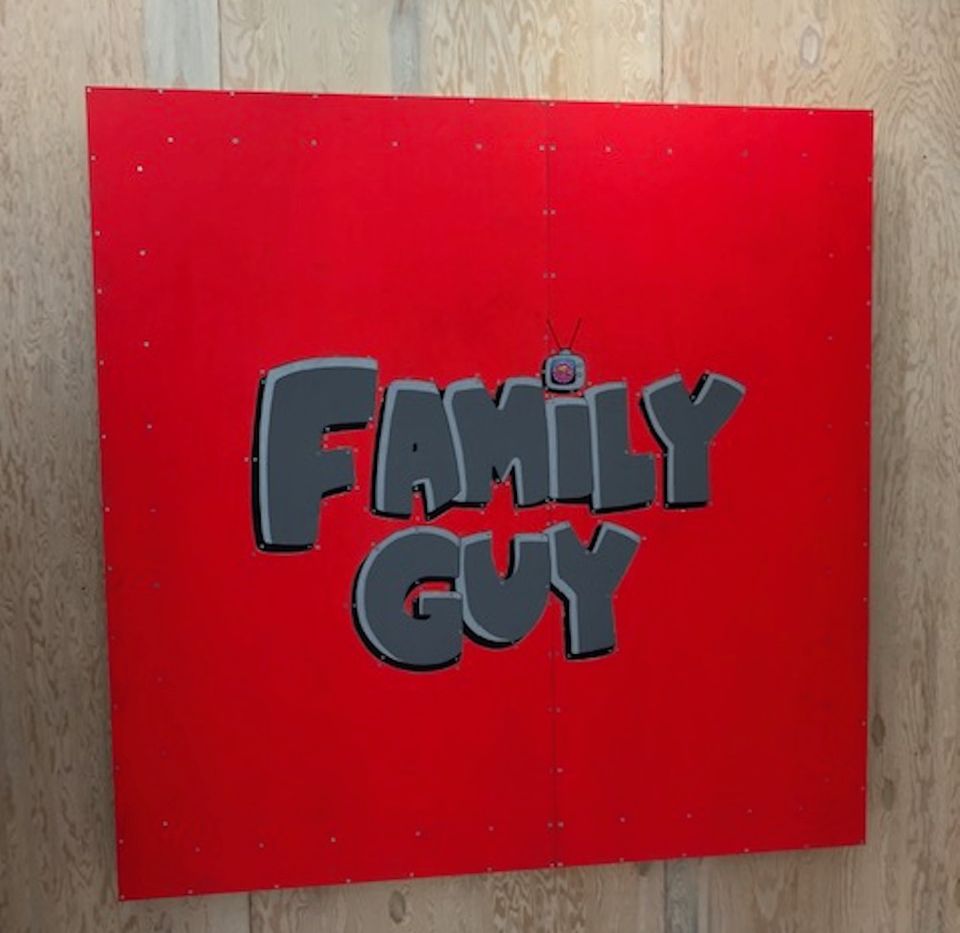 Sachs is keeping it in the (dysfunctional) family

The New York-born artist Tom Sachs is able to turn all sorts of pop culture icons into arty items, creating striking pieces using the rather traditional technique of marquetry. On the Salon 94 stand at Frieze New York, his beautifully crafted homage to Family Guy is stopping visitors in their tracks. We asked Sachs why the cult animated sitcom, focused on the trials of the Griffin family, matters so much. “Although it’s sometimes cynical, it helps us to see ourselves in a new light,” he says. “We are psychopathic babies like Stewie, chronic masturbators like Chris, gender-disenfranchised youths like Meg, sexually unfulfilled and overworked like Lois, or pretentious pseudo-intellectuals like Brian.” 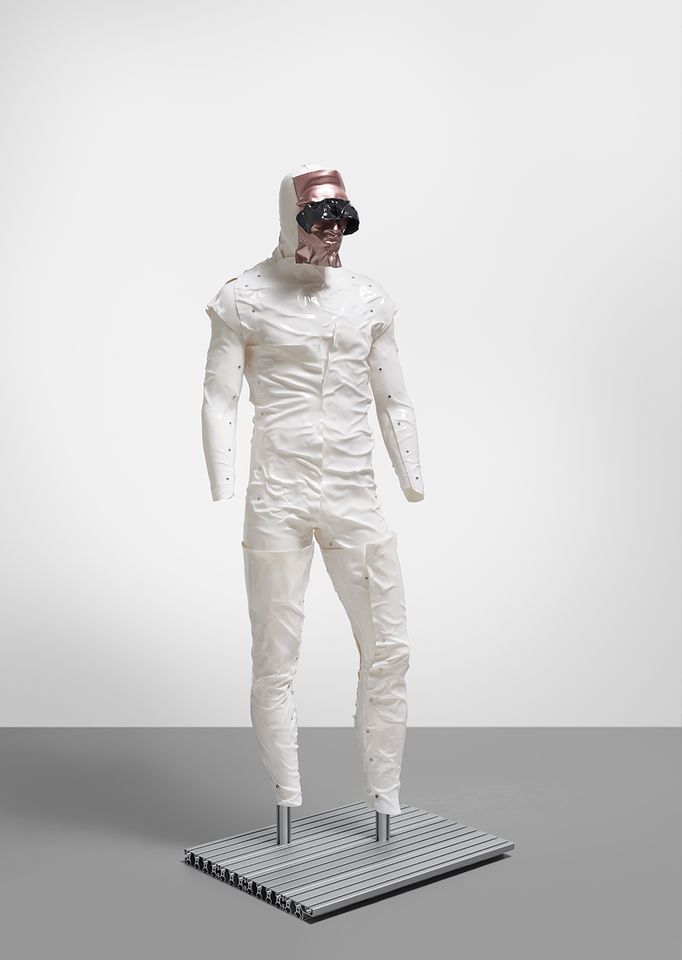 Art handler's suit is so vein

It is not often that art handlers are centre stage, but Steffen Bunte is the exception, having been nurtured over the past few years by the Berlin-based dealer Javier Peres. Bunte’s new work—a kinky hollow sculpture of a figure made from moulded plastic sheeting called Vein Suit (Sight) (2019)—is turning heads on Peres’s stand. “Steffen’s primary interest is our shared urgency to create technology in our own image such as artificial intelligence and robotic technologies,” Peres says. One fairgoer, taken aback by the unsettling sculpture, was heard to utter: “I’ll end up dreaming about that PVC-ish piece tonight.” 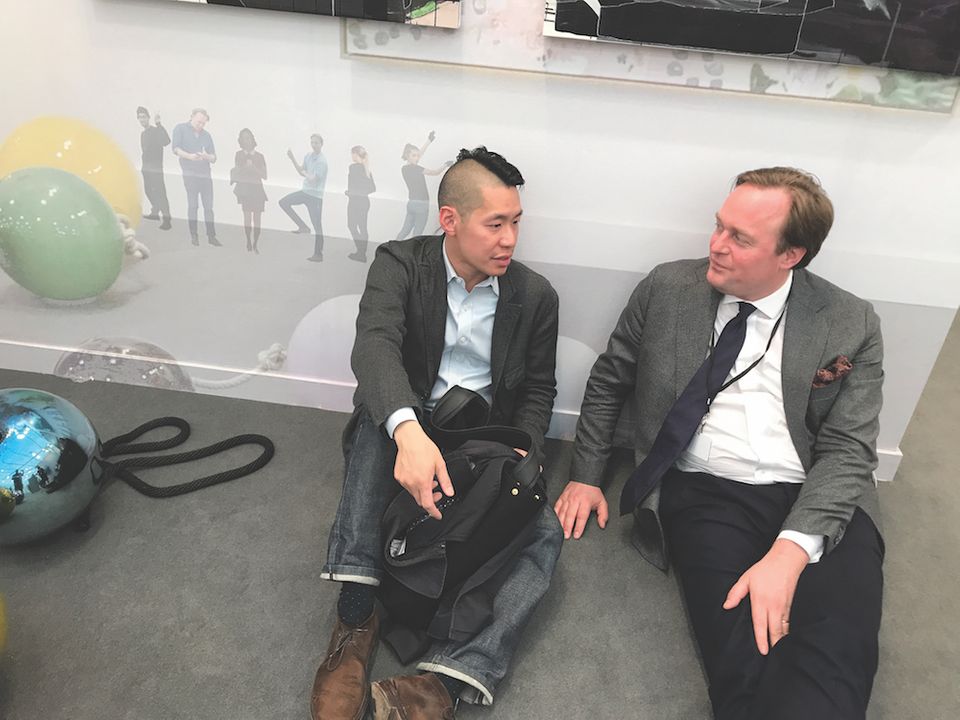 It’s always good to see the personal touch with fair stands, which is why we like Société gallery’s stand at Frieze New York. Eagle-eyed fairgoers will have noticed the jaunty image of the gallery staff emblazoned across one of the stand walls, a mural created by the gallery member Alicja Ewertowska. Team members depicted include the gallery’s founder, Daniel Wichelhaus, seen here lounging with Christopher Lew, a curator at the Whitney Museum of American Art. 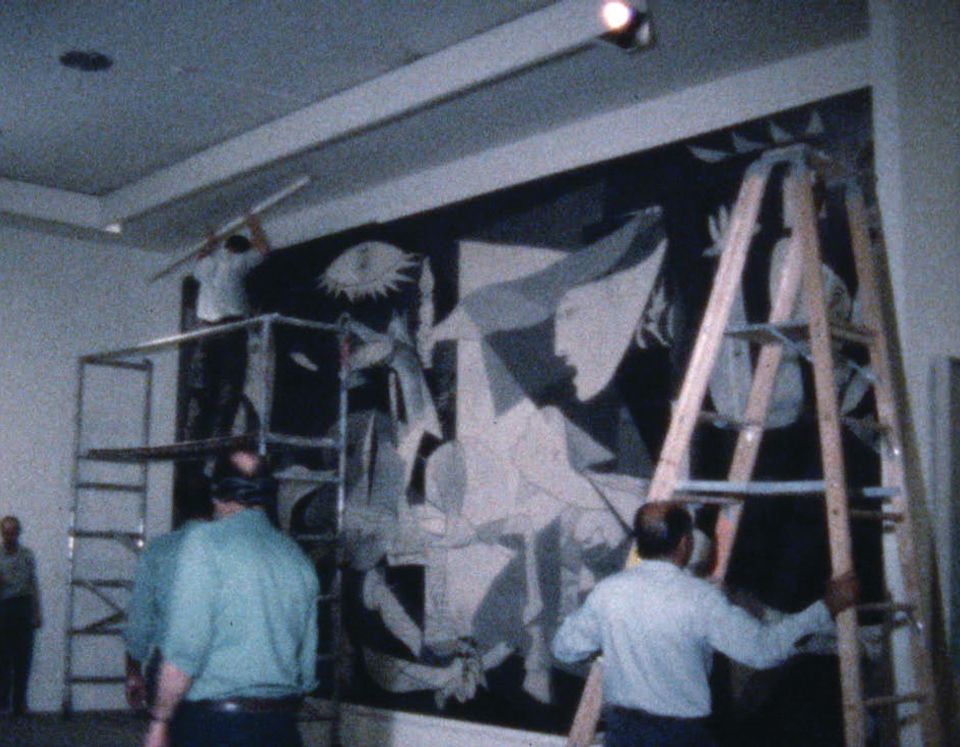 Anny Aviram and Kate Keller’s Super 8 film, The Departure of Guernica (1981), will be part of Private Lives Public Spaces Courtesy of the Museum of Modern Art

The Museum of Modern Art’s upcoming temporary closing (15 June-21 October), for a reconfiguration of its galleries is “frightening”, jokes the director, Glenn Lowry. But the frisson will continue when MoMA reopens with Private Lives, Public Spaces (until 20 July 2020), the first major show of amateur and family films drawn from the museum’s collection. A Super 8 flick shot in 1981 by the museum conservators Anny Aviram and Kate Kobayashi showing the de-installation of Picasso’s masterpiece Guernica (1937) “plays like the scariest, most bone-chilling movie you ever saw”, says MoMA’s chief curator of film, Rajendra Roy. 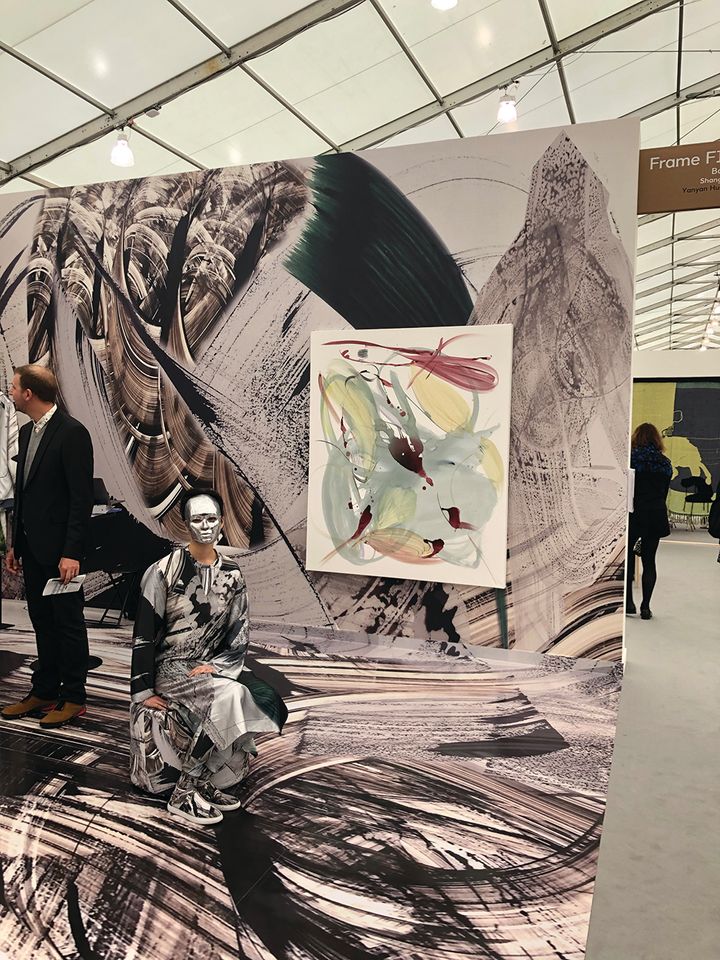 The Chinese artist Yanyan Huang brings her real-life penchant for fantasy and role-playing to her solo presentation with the Shanghai gallery BANK in Frieze’s Frame sector. A masked performer models a silk robe patterned after Huang’s rhythmic ink studies, matching the booth’s wallpaper, flooring and even the clothes of the gallerist. He jokes that the striking mise-en-scène was designed to be an excellent cover photo. Another artist who famously enjoyed dress-up, Leonor Fini, is featured at the New York gallery Leila Heller’s stand, including an anthropomorphic armoire and her Northern Renaissance-meets-Surrealism paintings. 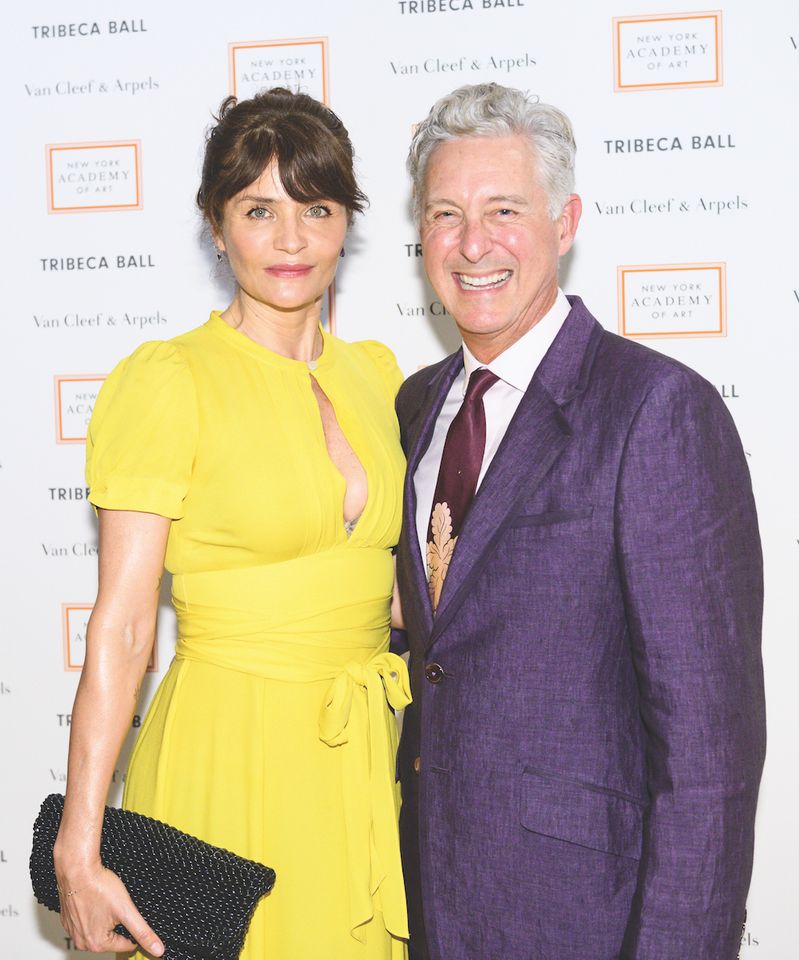 With the eye of a supermodel

It seems fitting that the supermodel Helena Christensen is a supporter of the New York Academy of Art, which focuses on figurative and representational works. She has co-curated the academy’s exhibition of works by MFA graduates at the Art New York fair. “I think that everything I absorbed visually and technically all these years is a huge influence and constantly serves as a subconscious platform for how I look at art and what I am drawn to visually,” says Christensen, who has added artsy titles including inaugural creative director of Nylon magazine and photographer to her CV. “I look at almost everything from a creative and emotional perspective,” she says. “I am extremely visual and react instantly to what I see.”