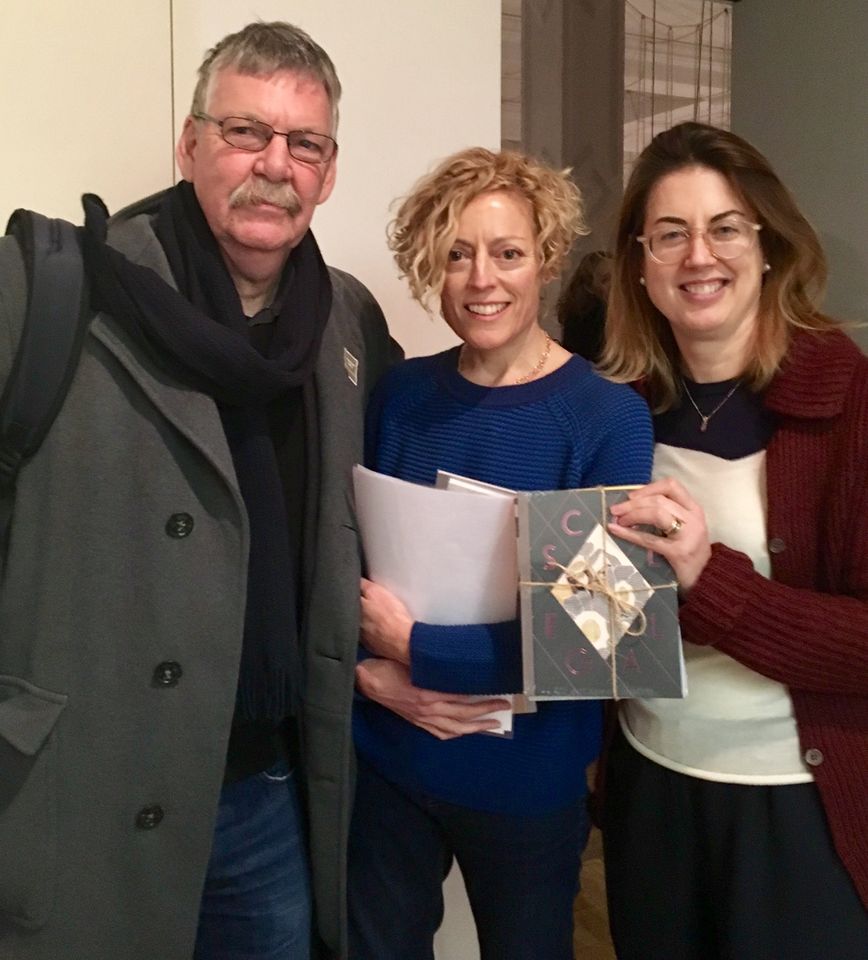 The British artist Georgie Hopton launched not one, but four books at London’s Whitechapel Gallery last week (1 March). Each volume of her quartet is devoted to the interconnected strands in her work of still life photographs, vegetable prints, and collage; and the elegant bundle was eagerly snapped-up by a crowd of artist-admirers that included Fiona Banner, Sarah Staton, Vicken Parsons and her husband Antony Gormley, and Hopton’s own husband Gary Hume. They also formed an enthusiastic audience for an illuminating conversation on Collage and the Everyday between Hopton, her fellow artist, collagist and former St Martin’s School of Art tutor John Stezaker, and Katharine Stout, the deputy director of London’s Institute of Contemporary Arts.

Stezaker began by recalling his first encounter with Hopton in the St Martin’s coffee queue and, on seeing the accumulated scraps of paper ephemera in her studio, quickly identifying her as a “kindred spirit”. Hopton’s vivid works—which use mass produced patterned wrapping paper and take the form of the auricula flower as their starting point—are very different in appearance to Stezaker’s disquieting images conjured from combinations of vintage found photographs of actors, film stills and postcards. But, as the conversation between the two ranged across matters poetic, literary, horticultural and art historical, and from patchwork quilts and pressed flowers to the writings of Pliny, the richness—and darkness—of their many shared affinities soon became powerfully evident. Hopton was especially happy when Stezaker drew attention to the dark uncanniness and “a kind of blasphemy” in her seemingly homely fusions of floral forms and commercially printed pattern, while she also declared her fascination for the simultaneous ability of flowers to embody both “the energy of life and the reality of death”. Fleurs du mal, indeed.