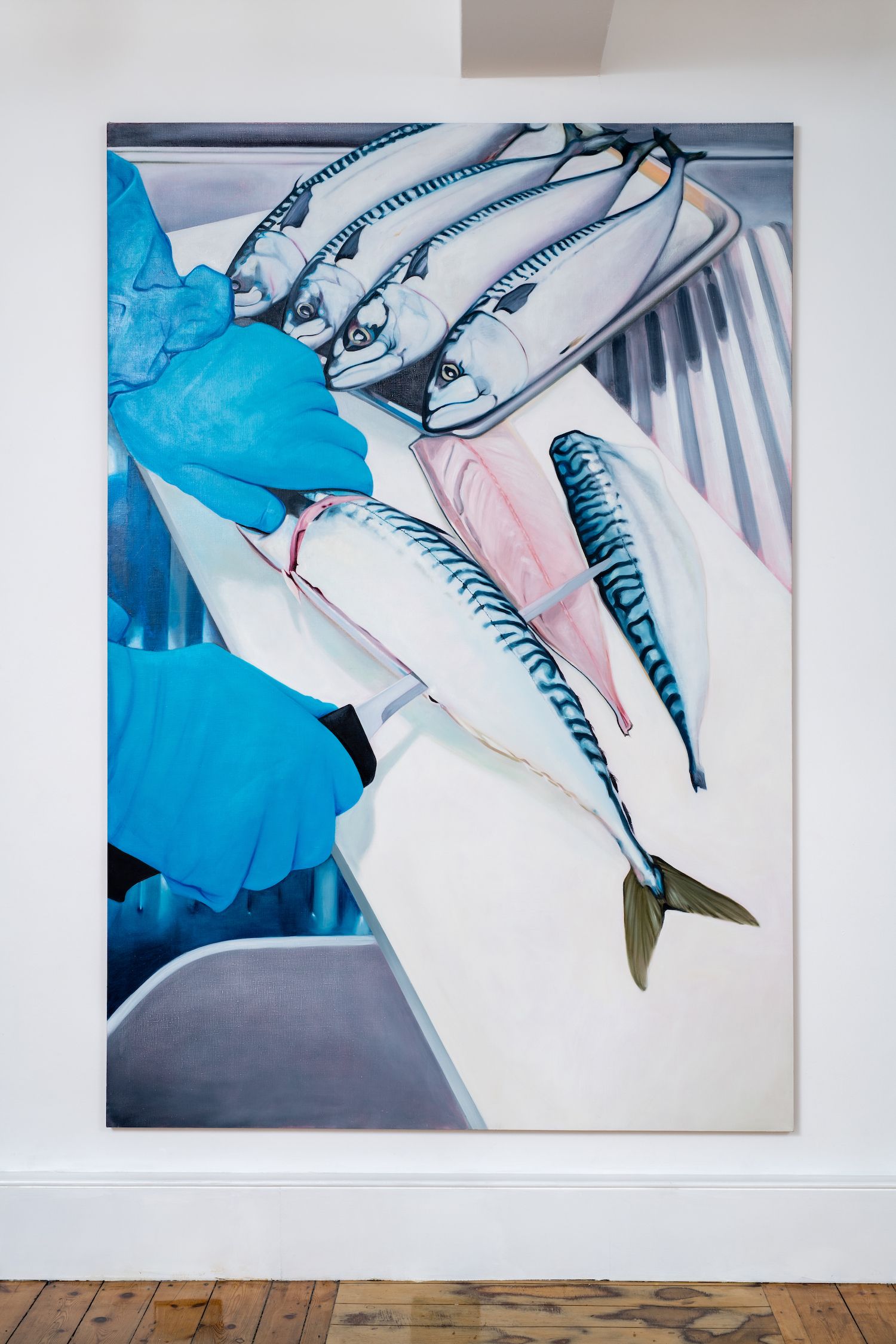 Cancelled art fairs, contracting economies and the looming spectre of a second coronavirus spike don’t offer the most auspicious climate for launching a new gallery. But grim times have not deterred the intrepid Niru Ratnam whose new first floor space opened for business this week in the heart of London’s West End, just off Carnaby Street.

“It’s an absolutely crazy time to open a gallery” says Ratnam, who for the last two years was a director at König gallery in Marylebone. “I was going to open in April, then coronavirus happened and if I’d been sensible I would have thought it was a sign not to go ahead, but instead I thought OK, let’s do this.”

From its one room above a Thai café, Niru Ratnam Gallery embraces what Ratnam describes as “a minority-majority perspective”, focusing on the work of artists of colour and women artists, but with a light touch. “I don't want to be too polemical about it, but just to switch things around so instead of being 80% white and a few people from other parts of the world, it’s probably the other way round,” he says.

Ratnam has been a vocal critic of the art world’s inequalities for many years. He’s written widely on race, identity and the art world’s white bias in the arts press and beyond (his first piece written while an intern at Frieze was on Freddie Mercury’s concealment of his Indian origins) and in the early 2000s he even ran an Arts Council programme devoted to placing non-white trainee curators in institutions such as Tate, the Serpentine and the Hayward Gallery. Other roles have included a three-year stint lecturing in post-colonial art history at the Open University, a directorship of Aicon Gallery which specialises in Indian and Pakistani art, and the heading up of various art fairs—Art 13, Art 14 and START—all of which had a particular emphasis on representing global art. He also admits to being one of the anonymous contributors to the brutally critical art world website, Cathedral of Shit.

“Having been an angry young, but now middle-aged, man, instead of going on Twitter and shouting at people, it seemed a good time to do something that was a bit more concrete,” he states, adding that “working for a big gallery made me realise I didn't want to be spending the rest of my life trying to sell work that I might not fully believe in.” 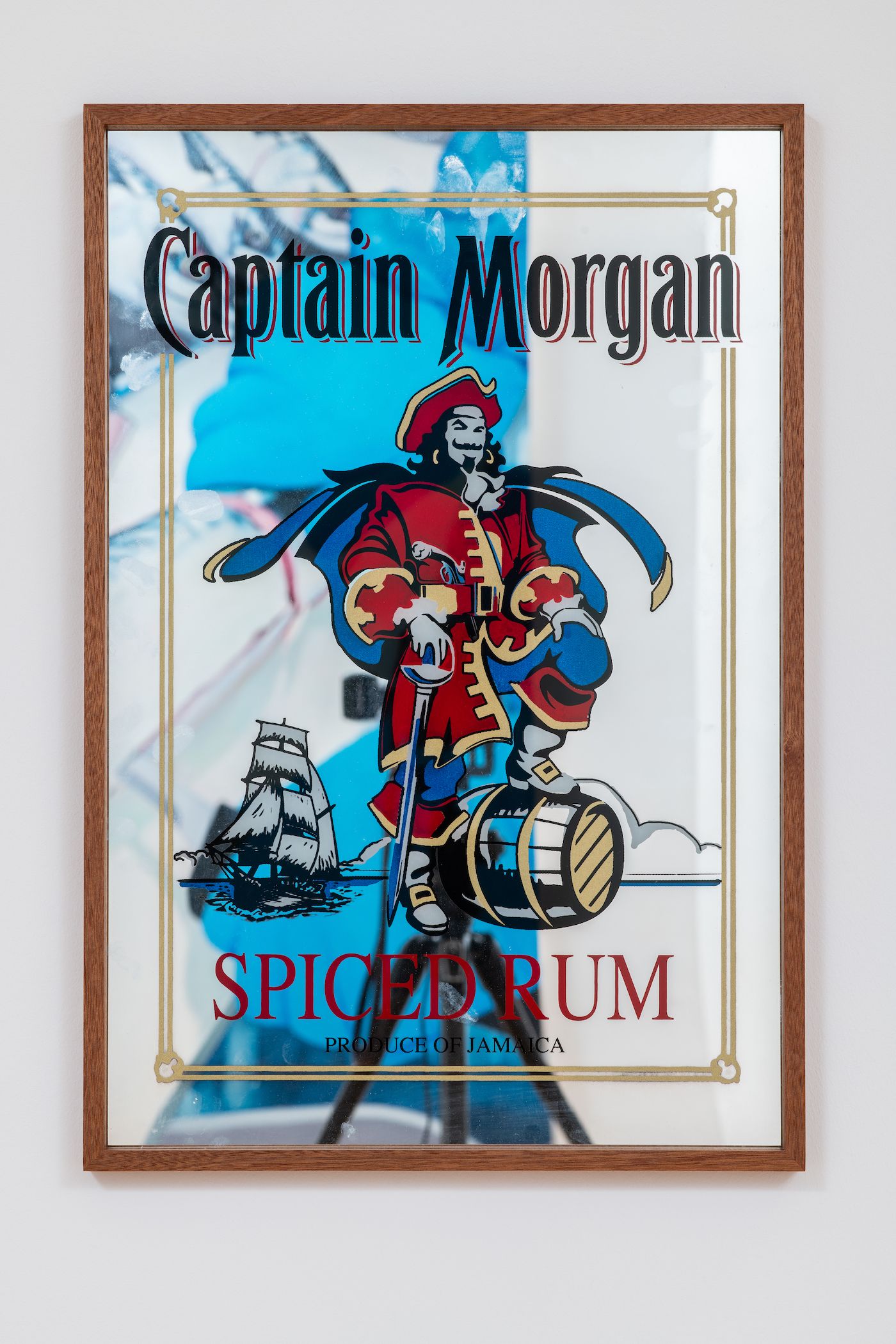 The opening exhibition at Niru Ratnam Gallery brings together the work of three artists, Lydia Blakeley, Jala Wahid and Kobby Adi, under the collective title of "Suture". The word refers both to the stitching up of a wound as well as being used by cultural theorists such as Stuart Hall to suggest how an individual may identify with a particular group or discourse in often precarious ways. In the case of each artist there is no easy reading of the work—as Ratnam puts it, “the subtle thread that unites them is the way that you negotiate your identity.”

Lydia Blakeley makes meticulous, deadpan paintings that each depict various aspects of Britishness—a besuited white male swigging from the neck of a champagne bottle, mackerel being sliced at Billingsgate market and the wearing of very particular branded leisurewear—while the three shimmering luridly metallic sculptures by Jala Wahid are the hollow disembodied jesmonite casts of women’s legs, draped in fabric and frozen in time as they perform a special Kurdish dance performed on New Year’s Eve. On Kobby Adi’s pub mirror the artist’s glassed-in fingerprints smear the swashbuckling Captain Morgan, Lieutenant Governor of Jamaica and the trademark of the world’s most popular rum who was also a plantation and slave owner. More subtle illusions to the Captain’s murky back story are given by the mirror being framed in wood from West Africa. 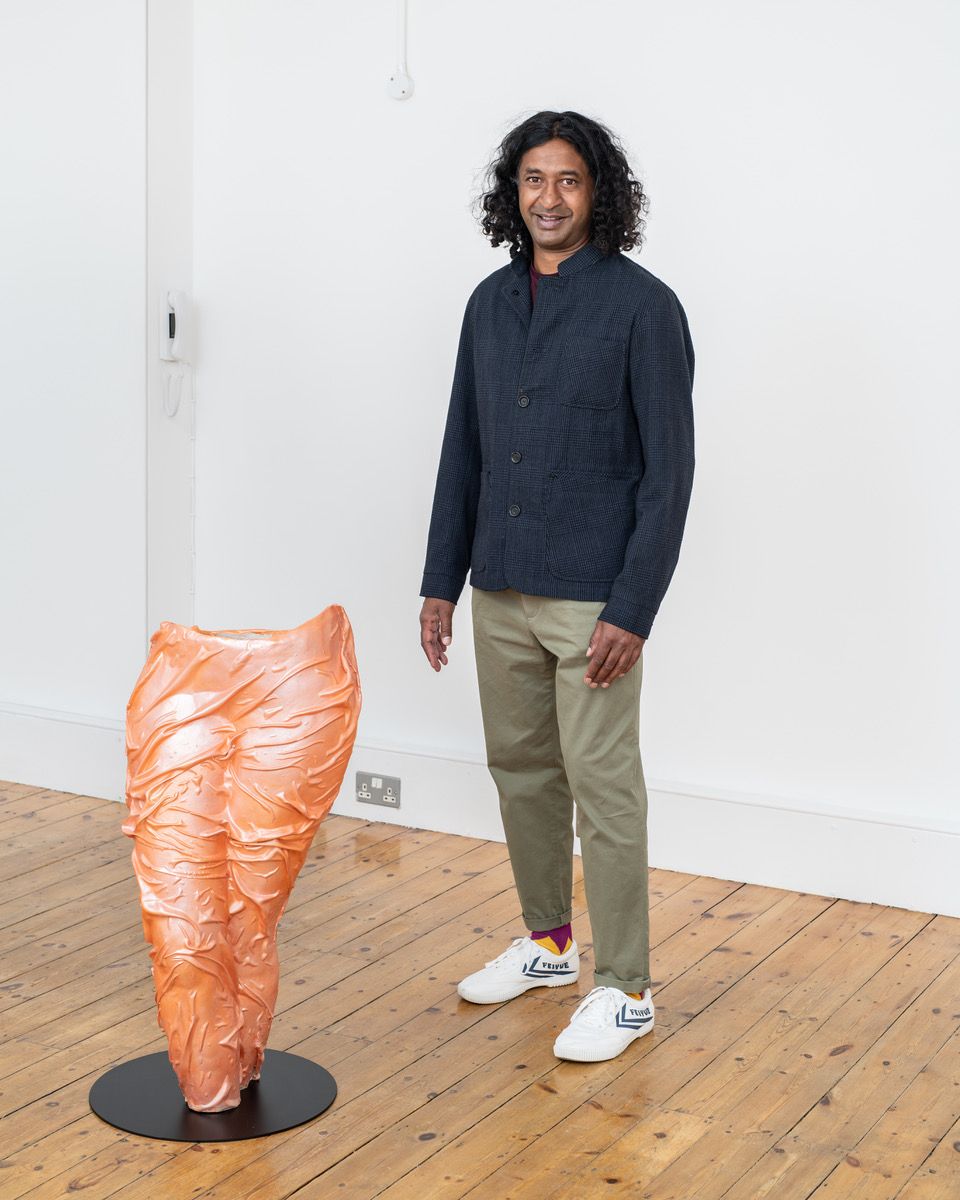 Despite the current doldrums of the art market, Ratnam still believes that this is the best arena in which to bring about lasting change in the kind of art that gets privileged. “The market might be horrible in many ways but it moves quickly, it reacts much faster than the institutions,” he says. “In the 1990s, it was the market that first took on artists like Steve McQueen, Isaac Julien and Chris Ofili—institutions are like these great big oil tankers, they take so long to turn, and when they do it can often be very clumsy as well, like they are doing you some huge favour.”

However, he is also under no illusion that hard times lie ahead. “I think there will be a drop off in activity, but before the coronavirus, the whole art fair moment had peaked—these things are huge internal combustion engines that have to keep devouring the world in order to keep going,” he insists. “Many galleries had already realised that you don’t have to do multiple fairs in order to keep going.” According to Ratnam, the future lies in being modest and sustainable. Alongside his central London space he is also currently converting part of his Hackney home into a viewing room where “we are going to do associated shows and host dinners in the house instead: I’ve set up as a lean, mean machine which means that I do pretty much everything myself.”

about 15 hours ago
Was QAnon—America's most dangerous conspiracy theory—inspired by Italian artists?